'Have A Heart': Leander 4th-graders raise more than $1K for local homeless through Valentine's project

Through their project, 'Have a Heart', fourth-graders sold paper hearts to raise money for Mobile Loaves and Fishes. 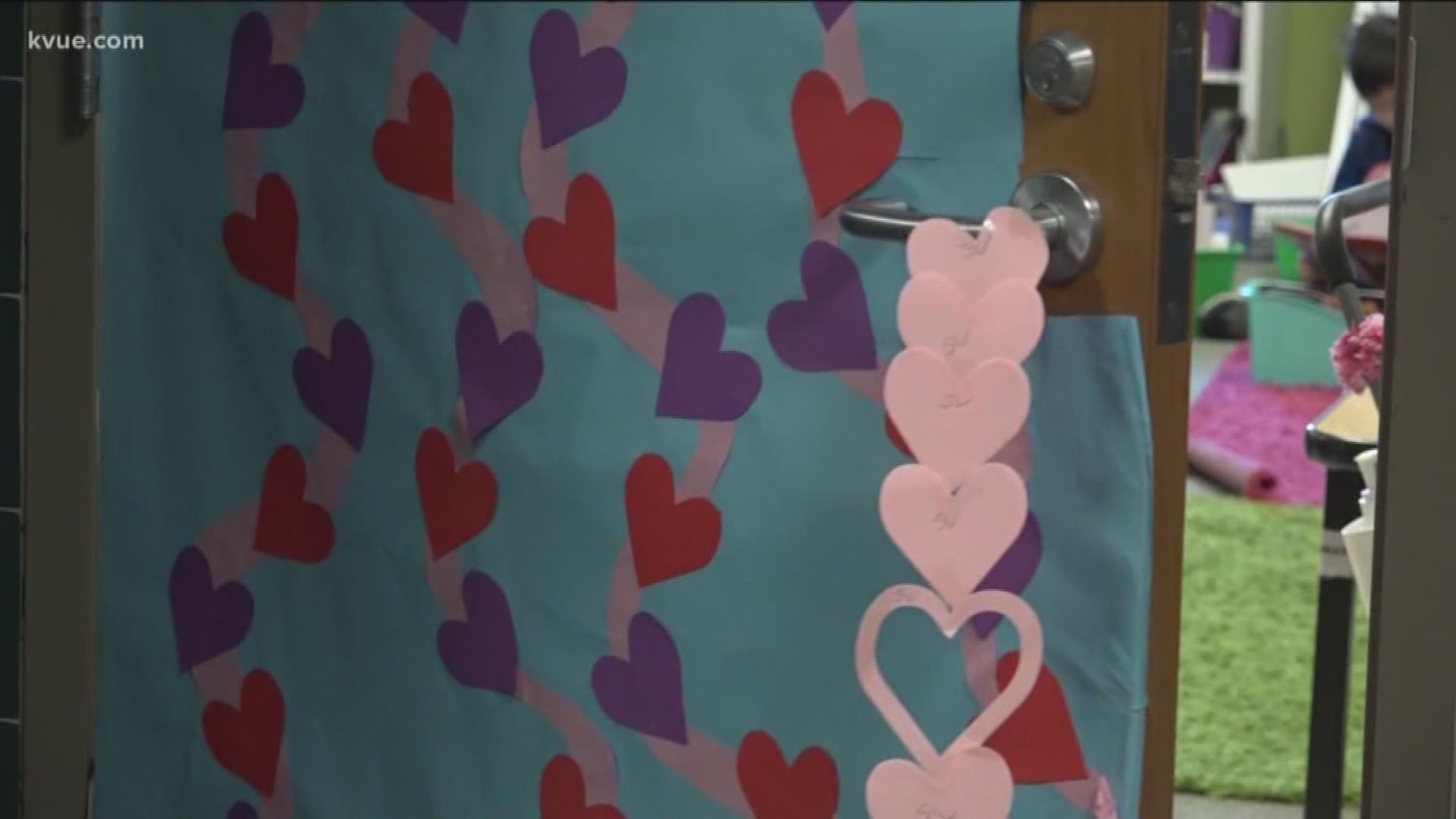 AUSTIN, Texas — The most romantic holiday of the year, Valentine's Day brings people together to share nice moments. That is what happened for the fourth graders at Rutledge Elementary School who wanted to give back.

Through their project, "Have a Heart," they sold paper hearts to the entire school during the week leading up to Valentine's Day. The proceeds go to Mobile Loaves and Fishes.

They raised more than $1,000 in just four days, but it took more than a month of preparation.

"It took a lot of hard work and I hope the people get what they needed," said Addie Hutcheson, a fourth-grader at Rutledge, a Leander ISD school.

RELATED: Send a love letter from the Valentine mailbox in Downtown San Marcos

Starting in January, the students were tasked with researching four different charities. They then voted on which charity they wanted to support.

This year, they selected Mobile Loaves and Fishes, a nonprofit that supports people experiencing homelessness.

Once students selected the charity, they applied for various jobs to help promote the fundraiser. This included creating posters, anchoring a newscast, making a presentation and selling the hearts to all the classrooms in the school.

"Our hope is that they realize even though they are children, they really can change the world," said Carolyn Eppinette, a fourth-grade teacher who introduced the project to the school three years ago.

Mobile Loaves and Fishes will attend a presentation on Feb. 20 to accept the donation.