2020 U.S. Census: You have one month left to complete your census form 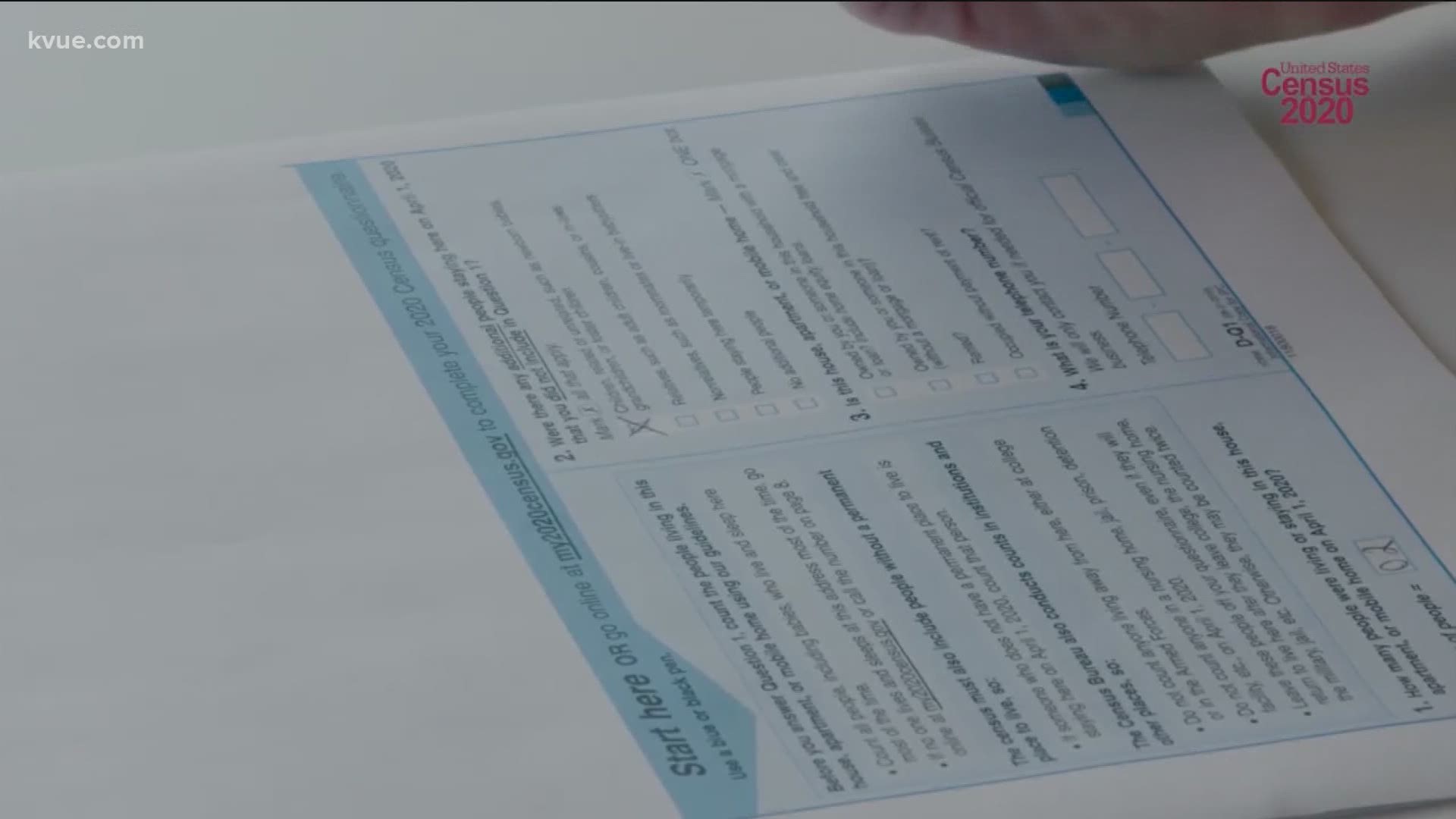 AUSTIN, Texas — Time is of the essence when it comes to completing your 2020 census form.

The U.S. Census Bureau is ending all counting efforts for the 2020 census on Sept. 30.

Donald Carrow, the area manager for the U.S. Census Bureau, said Texas is doing well with a self-response rate of about 64%. He also said the Austin-metropolitan area is doing even better at about 70%.

Carrow said the state's self-response rate is 10% lower than this time in 2010, which is the last time the census was recorded.

Census takers have been given face masks and hand sanitizers, and they're instructed to maintain at least six feet of distance while asking households in-person questions about their race, sex, Hispanic origin and relationships with each other.

Carrow explained to KVUE how you can identify them.

"Our employees carry a bag that has a U.S. Census logo on it," said Carrow. "All of our employees have a federal government badge."

The census population count determines how many representatives each state will have and how much federal funding communities will receive for roads, schools, housing and social programs.

WATCH: 2020 U.S. Census: You have one month left to complete your census form