Austin named one of 14 anti-vaccine 'hotspots'

Roughly 49 percent of students on one Austin campus have not been vaccinated. 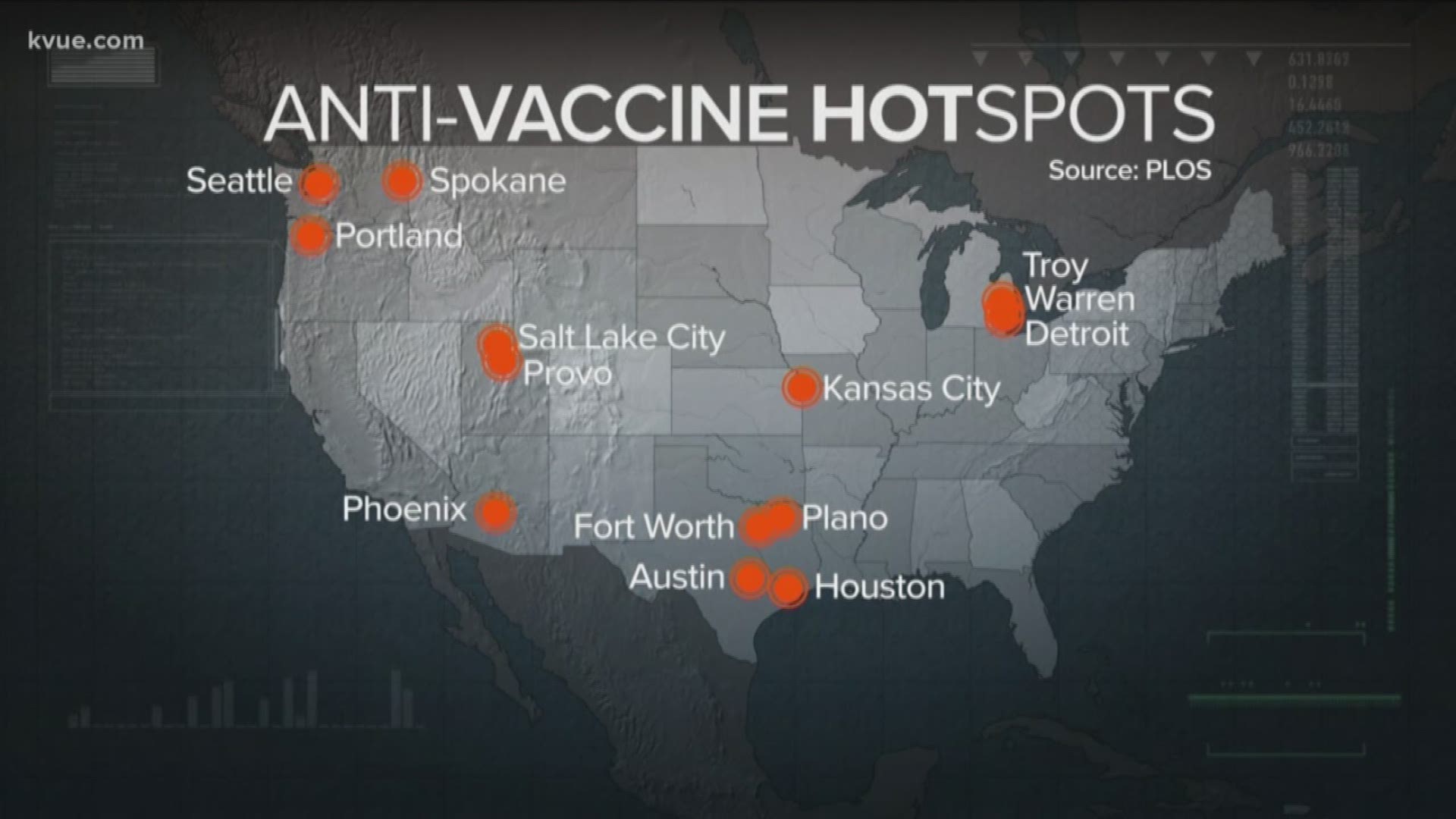 AUSTIN, Texas — Austin is one of 14 so-called "hot spots" around the U.S. where there's a delay or refusal to vaccinate, according to the Public Library of Science (PLOS), a medicine publisher and advocacy organization.

Here's a look at the report by counties:

The reason why there is an increase in anti-vaxxers in the Austin area is because a Texas law allows "conscientious exemption." This means that Texas parents don't have to have a medical or religious reason to stop their kids from getting vaccinated.

According to the Texas Department of State Health Services, the number of parents requesting that vaccine exemption went up 19 percent in 2018.

The number of exempt students in area schools is still low, but private schools seem to have higher rates, including Austin Waldorf School. Roughly 49 percent of students on that campus haven't been vaccinated.

RELATED: Report: AMA calls for end of some exemptions for vaccines