As of Wednesday, May 27, there are more than 2,900 cases of coronavirus in the Austin area. 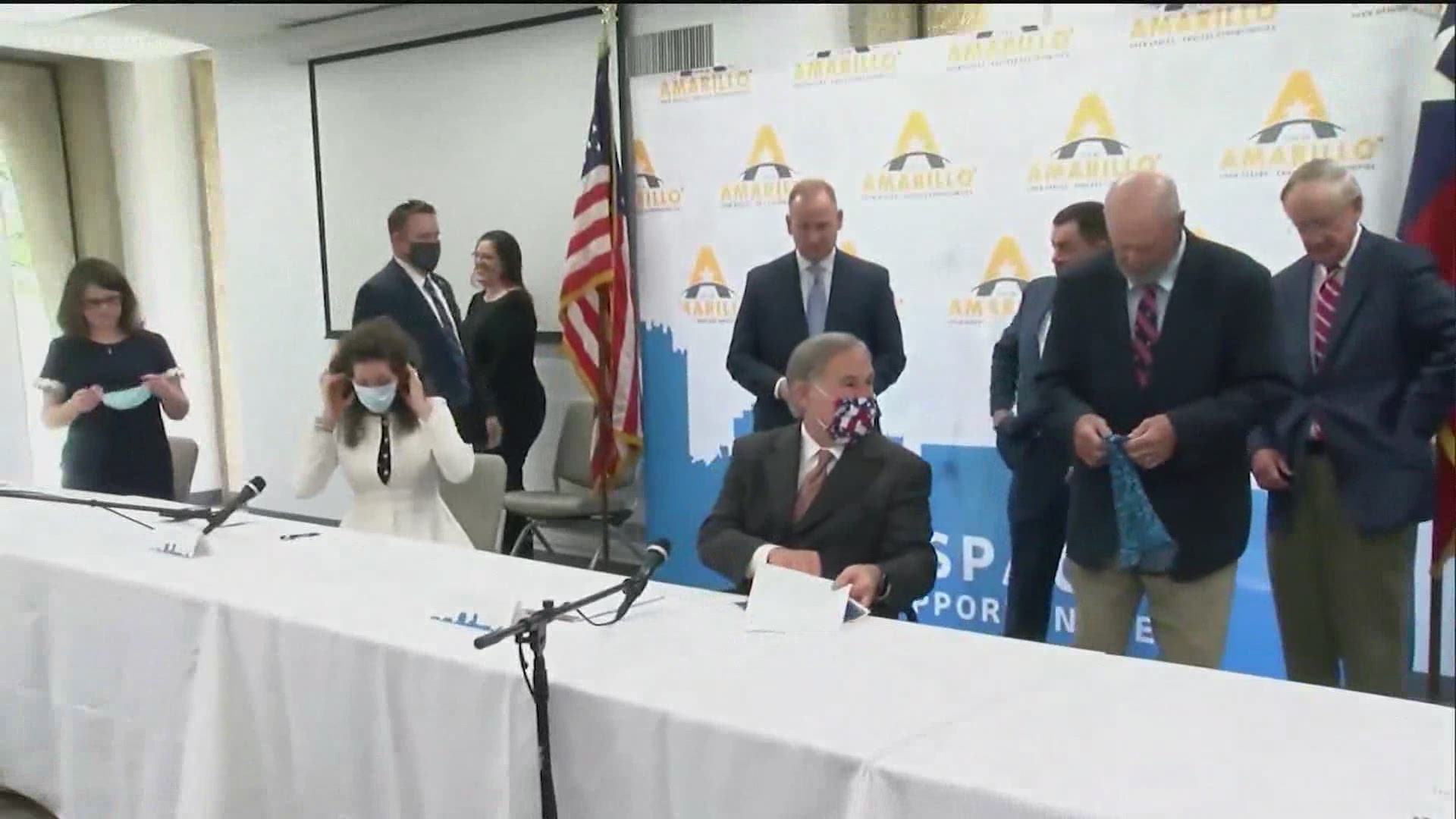 Here's a look at what local health leaders discussed on Wednesday, May 27.

Question: Austin Public Health (APH) has put out testing goals through December that show us hitting 40,000 tests in June and 60,000 per month between July and December. Can you outline how you expect to increase current testing capacity by about 500% by July and sustain that through the end of the year? Where might those tests be coming from?

Answer: Some of our testing goals are based on – there are some assumptions that we've made in developing what those goals might be – and that is that there is an availability of tests to the community to reach that goal. Again, it is a lofty goal ... it's something we do in partnership with the community. We know that there are retail pharmacies that are coming online. There are also other community partners like CommUnity Care and the hospital systems that will also be providing some of those testing capabilities. However, we at APH have our community-based testing available. We're able to ramp up to about 1,750 tests per day.

Question: We saw videos on social media from bars that did not respect the capacity and social distancing guidelines this past weekend, but there hasn't been any news about penalties for doing that. Are you planning to respond if bars keep ignoring the guidelines?

Answer: The City of Austin has an enforcement group that is combined with Austin Code Enforcement and the fire department. So, typically, it is a complaint-driven process where individuals would need to call 311. Then also when we are starting to see an increase in the number of folks that are being in public spaces, including being in bars, etc., our folks have the ability to go out and – we want to be educational – provide that information to them about the safety of how logistically they should set up their business. Our environmental staff are a part of that team, as well, which includes our restaurant inspectors. So, we are definitely wanting to be more proactive and provide education to those individuals because we are concerned about the health and safety of our community. Thank you.

Question: Austin and Travis County's contagion numbers have been said by APH and the mayor to be the result of thoughtful individual social distancing. Has APH's view of this behavior changed since we began reopening?

Answer: I think that we're all concerned about the increased risk-taking activity we are seeing. You just mentioned the bars and that's certainly an example of that. Anecdotally, we're heard reports – I've certainly seen a decrease in social distancing in mass to places where I have been. It's important for the community to understand – and this message is getting very confused right now because we are in an election year – I think in many circumstances, the public is being told you have to choose public health or the economy ...  that those are the only two choices and that is simply not true. We are looking for the sweet spot in the middle that optimizes public health and the economy. And that means that when we go out, we should do things safely. We should wear our masks. We should social distance. We should continue with the personal hygiene practices that we've been talking about for months now because if we do those together, we can optimize benefits to our public health and benefits to the economy. If we don't act responsibly, we risk failing at both things.

Question: Is there any update since last week's council work session on clusters of COVID-19 by workforce, particularly construction and targeted testing by industry. On many of the 14 clusters identified between May 2 and May 22 on the dashboard are in construction.

Answer: The clusters, again, as we being to reopen ... we are beginning to see more and more different types of clusters now that people are going back to work. Construction has been one that has been challenging to narrow down where people may be because – as an example, you have a general contractor who has several subcontractors. Again, we are working to develop an initiative where we can provide some targeted outreach to those areas. There has been some reluctance of people coming in to take advantage of testing because if they are identified as positive, there are concerns they may be out of work for a period of time.

Question: Considering the most recent data, which states that 76% of the people hospitalized during the week of May 18 to May 24 are Hispanics, why don't we have Spanish speakers during these press conferences? What is the task force doing to help the Latin community?

Answer: The department has several employees that are Spanish speaking. We are working very closely with our communications corporate office to ensure that our marketing strategy and media strategy will include individuals that are reflective of the population that we are wanting them to reach. We are moving through that and refining that process. So we will have more media on channels such as Univision and Telemundo. As well as having radio commercials on those Latin channels.

Question: There have been models that suggest we can have a second surge in Travis County in June. Can you discuss your concern about that possibility?

Answer: So, we are concerned about that. The UT model and other models are all suggesting that mid-June and particularly toward the end of June, that we may see a significant increase in the number of cases and hospitalizations. These models are based on assumptions. Part of those assumptions are that people are going to be more risk-taking, and the more risk-taking means more cases, and more cases means more hospitalizations and deaths. The models aren't predicting the absolute future. It's important to remember that we as a community can change what that future looks like. It's up to us. We can change what that future looks like.

Question: How close are we to reaching the test capacity of 2,000 tests per day? What is our testing capacity today? Is there a concern that allowing more people to get tested will result in more shortages?

Answer: Right now, our testing capacity is 1,750 tests per day just at our drive-thru facility at Austin Public Health. On average, we are doing 200 to 300 tests per day. So we have extra capacity at those current testing sites. Our hope is – from the information we are receiving from the labs and state and federal government – is that the testing situation will continue to improve.

Question: Last week, Mayor Adler said at some testing facilities there are more tests than the number of people getting tested. Is that still true? If so, will APH lower the bar for who is able to get tested?

Answer: Again, we aren't maximizing the testing we have at those sites. The bar is pretty low right now. The risk we have with lowering the bar – you see some communities that test everyone that comes ... there is a bit of a diminishing return and the tests are using taxpayer dollars to perform the tests – and if the return on that investment is really small, those resources might be better utilized to care for people or to utilize for different public health measures. We will continue to re-access that situation.

Question: For clarity, should the concern be more about the hospitalization rate or all COVID-19 cases in general?

Answer: The hospitalization rate that we focus on – and that is our key indicator of when we are in trouble – is utilized because it is less amenable to variations in the amounts of testing being done. That is a relatively fixed ratio. The chief concern is overwhelming our healthcare system. If we overwhelm our healthcare system, we exceed our capacity to care for people. That will lead to excess deaths, it will lead to excess exposure to our healthcare workers, and that's what we really want to try to avoid.

Question: What are precautions APH might take if the seven-day average of hospitalizations exceeds 20 new hospital admissions per day?

Answer: Tomorrow, we expect to have a press conference to discuss the measures for dialing up or dialing down based upon the hospitalization rate as well as other factors.

Question: How worried is the City about the accuracy of testing as it increases the number of tests? Are there certain tests you're more confident in than others and which test is primarily used?

Answer: APH is using the PCR test. This is the gold standard for testing right now. We are not utilizing any antibody testing in decisions for individual care. We are working with the University of Texas on a zero prevalence study, which will use antibody testing to make some population determinations of exposure, the prevalence of disease over time.

Question: Have you advanced in the creation of a task force to further prevent  contagion within the Hispanic community in Austin?

Answer: The department is working with what is called Education and Community Cabinet ... and that specific cabinet is a team of City employees as well as elected officials. So that cabinet is going to continue to work with the community engagement process ... to develop that process where we will hear directly from our Latinx leaders in our community. We have received some information from them as well as recommendations. So we are going to be a part of that process, as well. More to come with that. Thank you.

Question: Is the City of Austin willing to appeal to the State and the governor more local control in the event of a surge?

Answer: I think that appeal has been constant. Oftentimes, this is being painted as a battle between the State and local. I think there are a lot of areas of agreement. When you see the State's comments, they're always cautious. He wants to open the economy, but he also wants to be cautious. There is a balance there and I think that we are all talking about that balance, but we also need to all appreciate that different jurisdictions and different cities and counties are going to be in different stages of outbreak. And we absolutely need better local control so we can tailor our response based on what is happening in our community.