In a letter, lawmakers asked the governor to do five things to address the impact of the virus on Austin's Latino population. 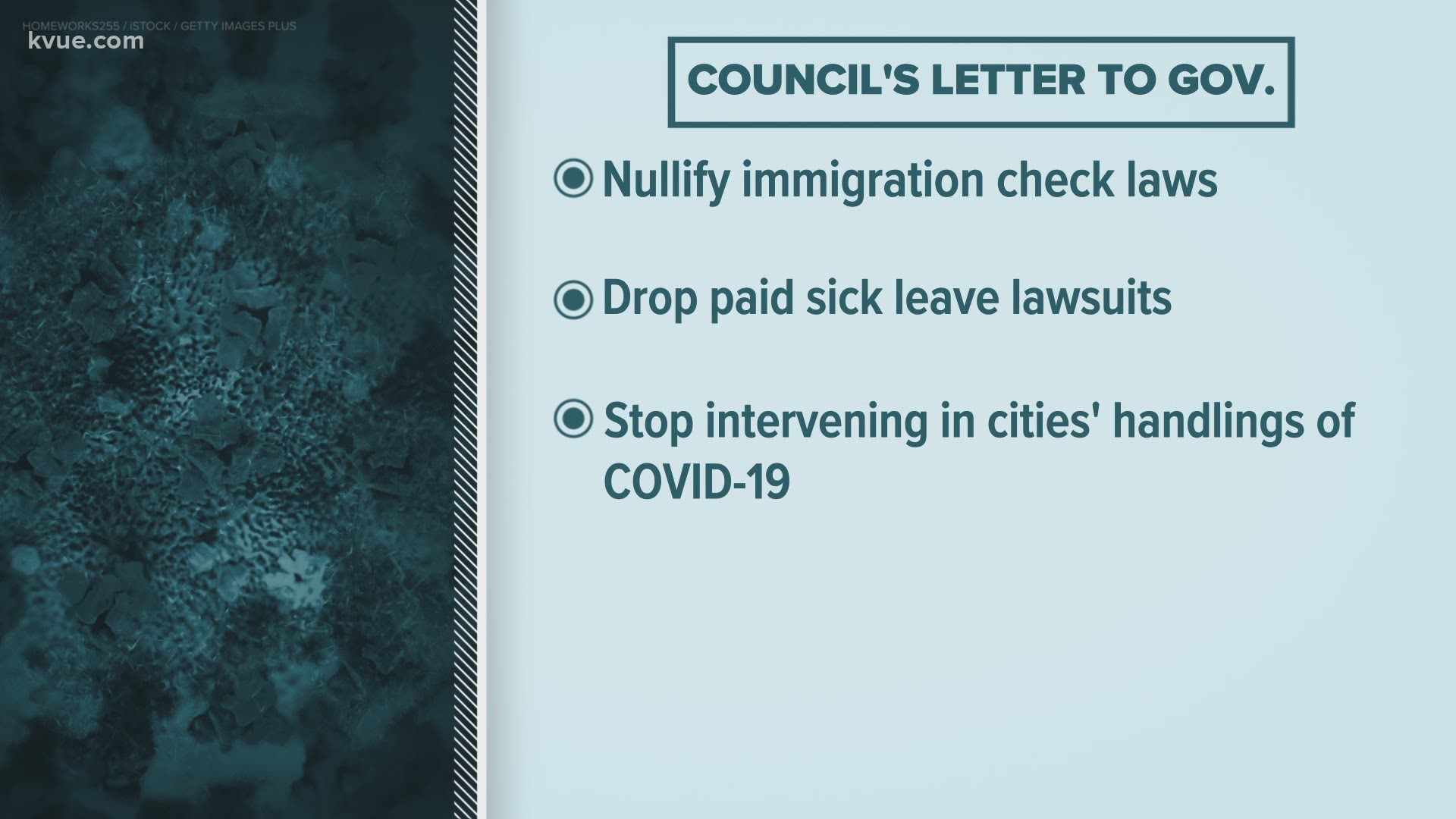 AUSTIN, Texas — Members of the Austin City Council have written a letter to Gov. Greg Abbott, urging him to address disparities in COVID-19 cases in Austin, where 64% of hospitalizations this month have been Latinos, despite being just 35% of Austin’s population.

"We know that it’s a lot of the Latino community that is the front line right now – that’s working these jobs as the economy starts to open," Garza told KVUE Tuesday. "We just wanted to make sure that our governor – does he have a plan to address these disparities? And it doesn’t seem like he does."

The lawmakers asked the governor to do five things to address the impact of the virus: expand Medicaid for uninsured Texans; have the attorney general drop a lawsuit blocking paid sick time policies; use the Rainy Day Fund to provide financial relief to families regardless of immigration status; nullify the SB4 “Show Me Your Papers” law; and not overrule city efforts to contain COVID-19.

"I think we just wanted to send the message that these kind of disparate outcomes don’t happen because – they’re not happening because of COVID-19. They’re happening because of institutional barriers that are in place," Garza said. "I think it’s important for our community to know that their local leaders are out here advocating for them and trying to hold the governor accountable."

The letter said the City is "conducting major outreach in black and brown communities" and using City funds to support low-income families in Austin.

"There is much more we must do, but there are things that only our state government has the authority to do," the letter said. "It is these things that require your full and absolute attention."

Latinos are testing positive for COVID-19 more than non-Latinos, according to data

According to data from CommUnityCare health centers, one in five COVID-19 tests given at its seven drive-thru testing sites in Travis County came back positive over a two-week span from April 26 to May 9.

CommUnityCare said its analysis shows 412 of the 1,679 Latinos tested at the sites since mid-March have tested positive. That's a positive testing rate of 24.55%, compared to a lower rate for non-Latinos at 7.32%, while 11.32% of people who did not report their ethnicity also came back positive.