According to numbers from the City of Austin, the majority of confirmed local COVID-19 cases are people in their 20s and 30s. 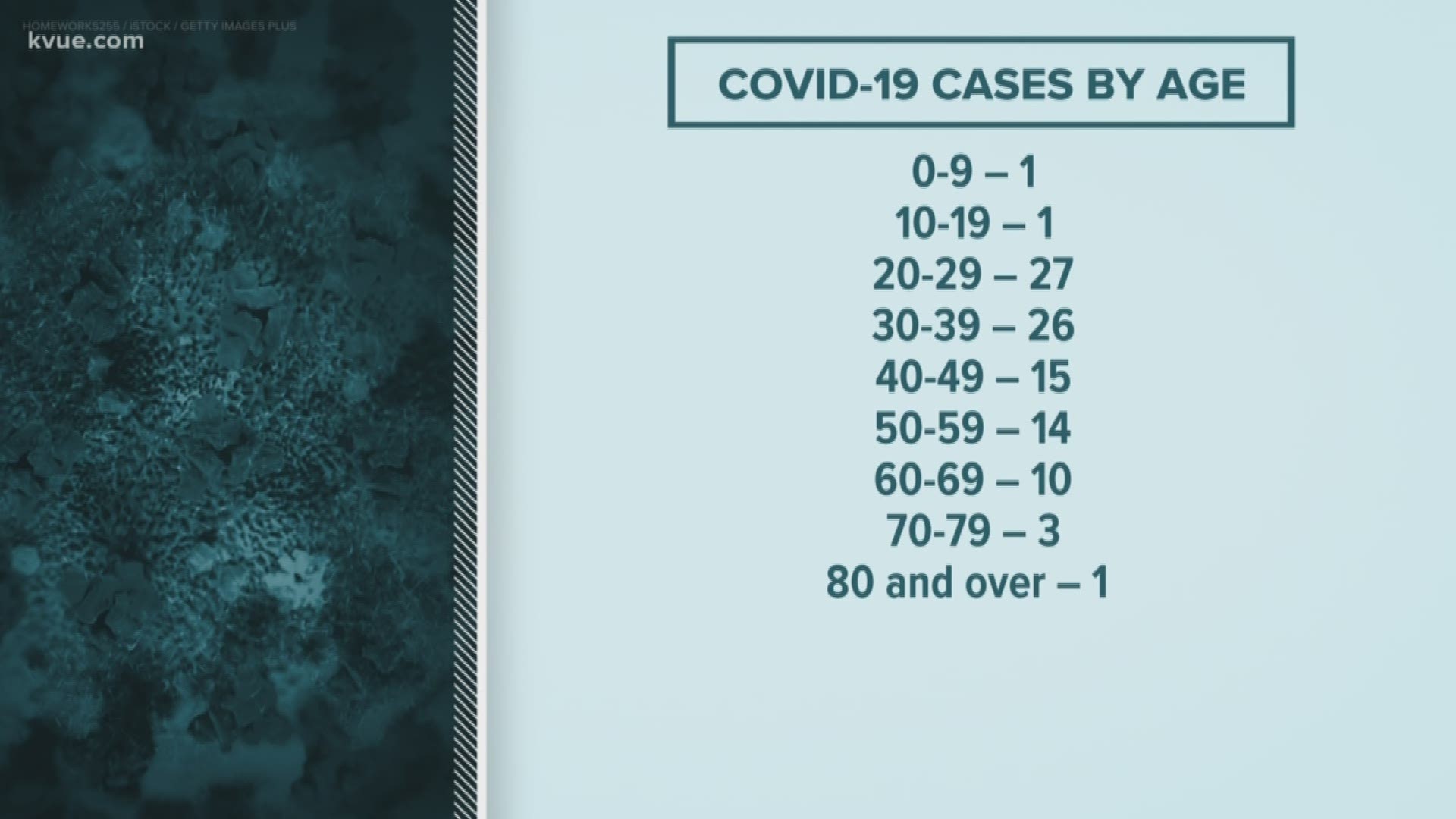 AUSTIN, Texas — As the coronavirus (COVID-19) pandemic has continued to spread, we've heard that one of the most at-risk populations is older adults. But that doesn't mean younger people can't get the virus.

In fact, according to numbers released by the City of Austin, the majority of confirmed local cases of COVID-19 are people in their 20s and 30s.

One of those recent cases is 30-year-old Austin Meador, who said he tested positive last week after traveling to Costa Rica.

"We got to the airport in Costa Rica heading back to Austin and everyone at the airport was coughing and sick, pretty much. We were there for six hours," Meador said.

In a state of denial, Meador said he convinced himself he was just tired from the flight when he got back to Austin. But his shortness of breath started to worsen.

"I was hyperventilating by that point. I couldn't get a breath in," Meador said.

After going to the ER, he said the testing process wasn't exactly an easy one.

"They tested me for pneumonia, the flu and strep throat. And then I had to wait about three hours before they decided to test me for coronavirus," Meador said.

After a week of self-quarantining in his East Austin home, Meador said he feels a little better but that lack of sleep has been the biggest issue.

"I can't breathe good enough to sleep most nights," he said.

As far as being cared for, Meador said his roommates have been leaving food for him at his door and that his family is driving down from Lubbock to help him.

"I encourage young people to stay inside in quarantine and take this seriously because you could infect someone," Meador said. "If I had asthma or breathing problems, I would definitely be on a ventilator, best case scenario."