Teacher surprises student on his birthday even with the school closed

Schools across the country are closed because of COVID-19 concerns, but one Leander first-grade teacher wanted to help her student celebrate anyway. 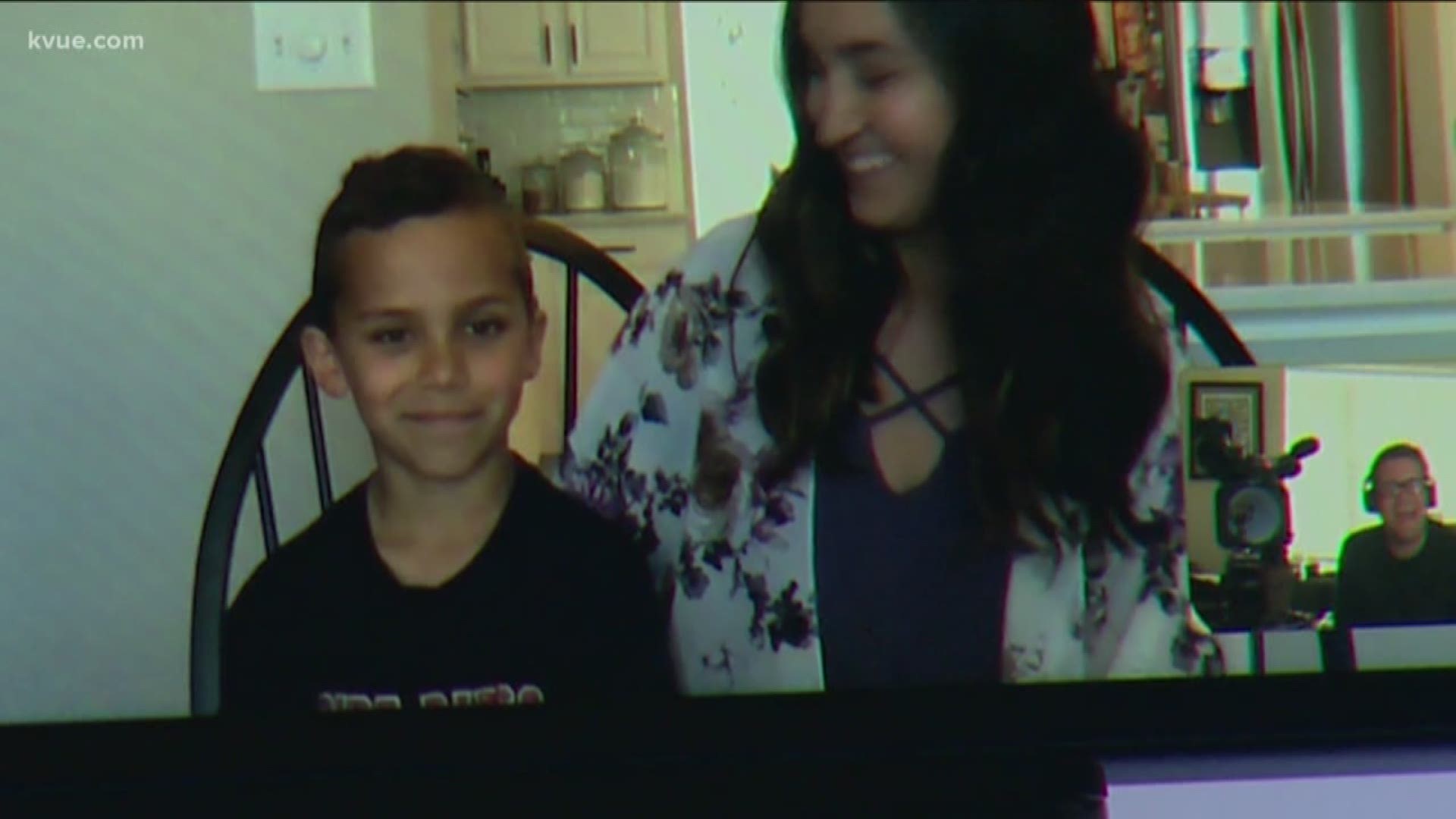 LEANDER, Texas — We know many schools are closing down, but some teachers are going above and beyond to make sure their students are doing OK through this uncertain time.

That includes first-grade teacher Heather Moseley from Parkiside Elementary in Leander. She surprised her student, Wyatt Taylor, who was missing his friends on his birthday.

"Air high-fives," she yelled in a video showing her and Wyatt dancing.

"And what'd she do," asked his mom, Crystal Taylor.

"The birthday boogie," he replied.

This is a class tradition that they did for every student who was celebrating their birthday. Wyatt was bummed he wouldn't get the same.

"It's Wyatt's birthday hooray, hooray," they sang together in the clip.

Let's have them tell you how this all happened.

"He had been bummed out that he wasn't going to get to celebrate with his class, he had been looking forward to it," said Crystal Taylor.

"It was very spontaneous, it was the night before, I guess Sunday night," said Mrs. Moseley. "It sealed it for me to see him bouncing up and down like that."

"I mean he was literally jumping up and down," added Wyatt's mom.

"Dancing along and singing along with me was worth every second of it for sure," explained Mrs. Moseley.

Because it can be the smallest thing that makes someone's day.

"She went the extra step to show that she's missing him and that she cares, so we appreciate that a lot," said Crystal Taylor.