Groups in support and opposition of Drag Queen Story Hour met outside of the Austin City Council meeting on Thursday to talk about the event. 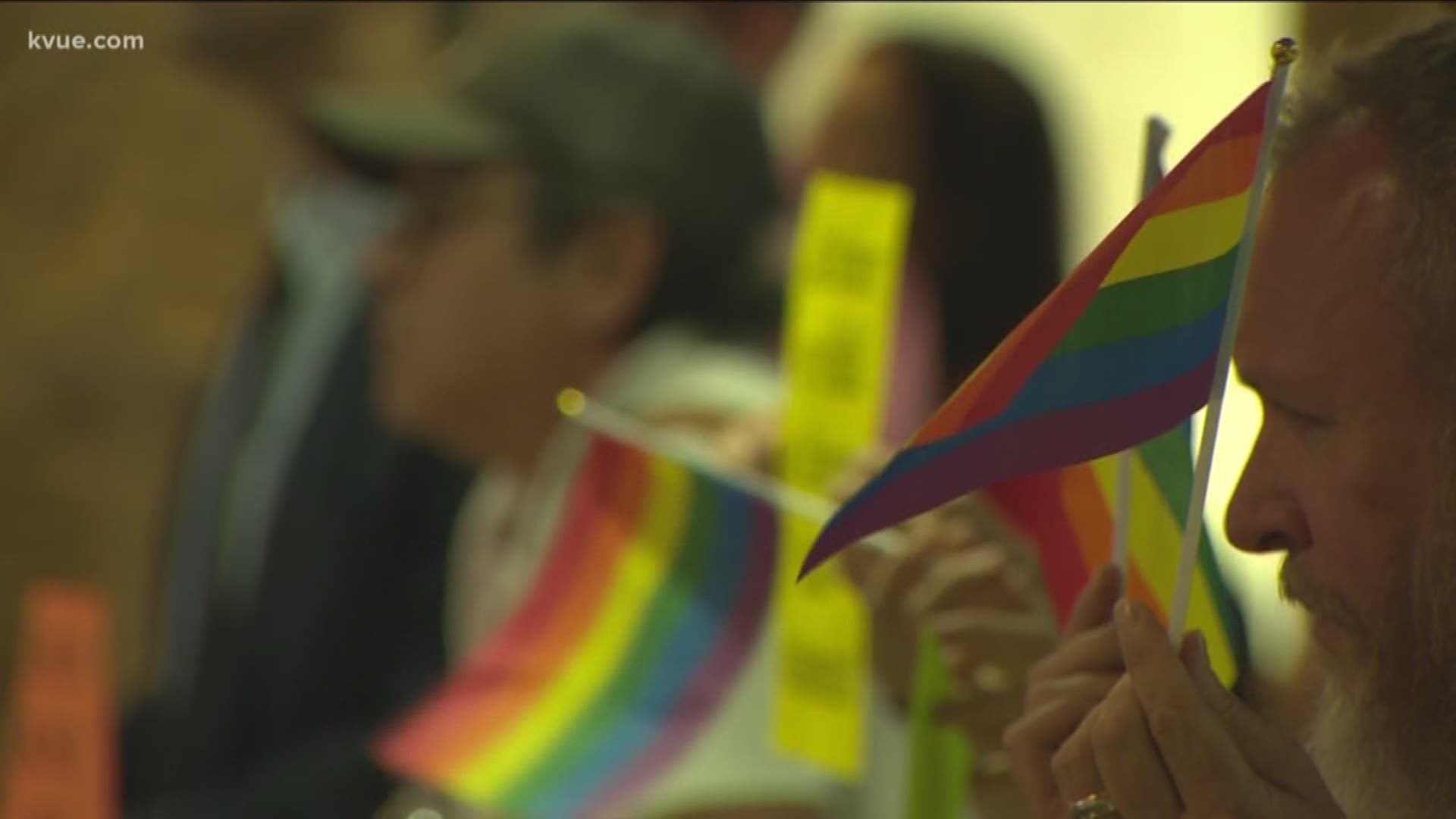 AUSTIN, Texas — Groups in support and opposition of Drag Queen Story Hour met outside of the Austin City Council meeting on Thursday, inside the media room, to talk about the event.

The event is described as a time when drag queens come to read stories to a group of kids.

A Leander library tried to hold a drag queen story hour in June, but it was canceled after stirring up a large amount of controversy.

The event's name was changed to the Leander Family Pride Festival, which still drew supporters and protesters outside of the library.

For the event, LGBTQ families stepped in to be the readers instead of drag queens.

Protesters in opposition of Drag Queen Story Hour spoke out against similar events being held in the future.

"I performed in drag clubs all over Texas," said Kevin Whitt, a former drag queen who's now with the group Mass-Resistance. "These drag queen story hours are what's leading up to this gender confusion in America."

"There are many red flag indicators for predatory behaviors," said Tracy Shannon, a Houston representative for the group.

During the citizen communication at the Austin City Council meeting, Shannon shared her thoughts, while some cheered and others booed.

Then District 6 Councilmember Jimmy Flannigan said he thinks these event's need to happen.

"This is not a place for someone from Houston feels it's appropriate to come in and tell us how to run our city," said Flannigan. "And to those who have come here to spread their hate, I only have two words: Sashay away."

After Councilman Flannigan spoke they went into a closed session.

There was some yelling as people left the room, and one person was arrested by APD for assault after spitting on a speaker who was against the storytime.