After a back-and-forth affair, now the City is shutting down the library to help manage the crowd. 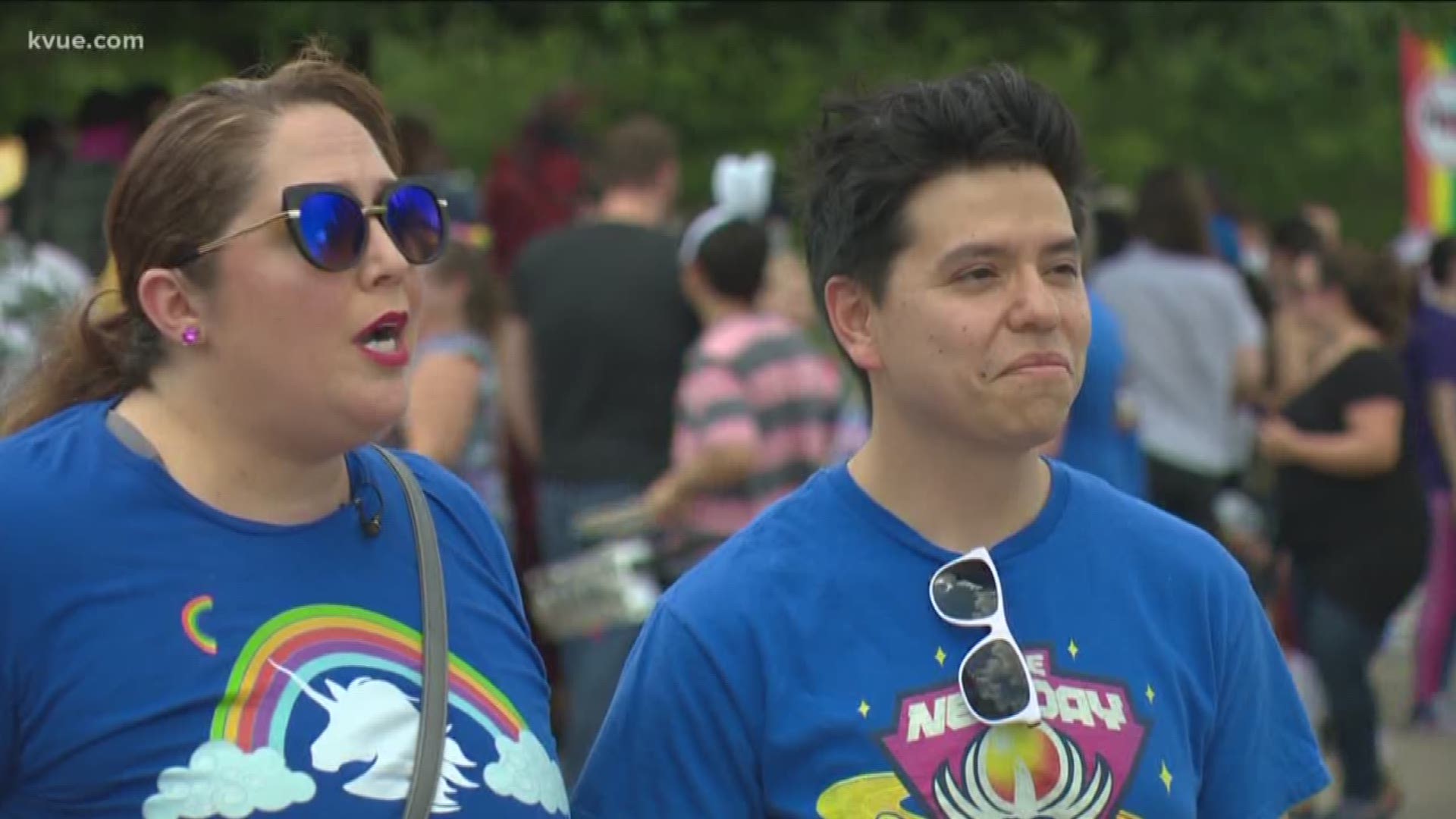 LEANDER, Texas — At the Leander Public Library on Saturday, an event led to more protesters than people inside.

What was once called Drag Queen Story Time was changed to the Leander Family Pride Festival.

It was a parking lot protest, with people supporting the event on one side of the barricades, and people not happy with the event on the other.

But the event people came to protest didn't exactly happen.

Parents still wanted their little ones to participate.

"I want her to understand every single human being has the right to love each other," said one parent on the way in.

"So we're here to support our community," added another parent after being in the event, "and show that our community is a positive community full of love and not hate."

Not everyone agreed with the event.

"They're dug in ... just as we are," said Robert Simmons, a Leander resident.

He was carrying a stack of bibles and said he wished there was more conversation.

"People didn't come here to be converted, so you're talking to a brick wall ultimately, so it makes it tough," said Simmons. "It's kind of sad, that we're not willing to discuss it openly."

Instead of drag queens reading, LGBTQ families stepped in to be the readers at Saturday's event, according to the church's Facebook page. However, drag queens were still expected to attend.

"Different things to expose our kids to how everyone lives, not just one type of person," said Krystle Gervais, who wanted to go to the event with her 2-year-old son, Benson. "I can't imagine taking him and having somebody boring sitting in a chair reading."

But because of the interest in the event, the church hosting it had ticket orders to control the number of people. Krystle and Benson couldn't get tickets.

"I mean, it makes complete sense that they would want to control the chaos of how many people are going to get here," said Gervais.

While the event was still happening at the library, all other library activities were closed and shut down.

The city did this out of caution, preparing for protesters. In a statement it said: "On event day, the city will designate areas near the library and manage resources to allow for peaceful assembly outdoors."

The protesters are what Krystle said is part of the reason she and Benson would steer clear.