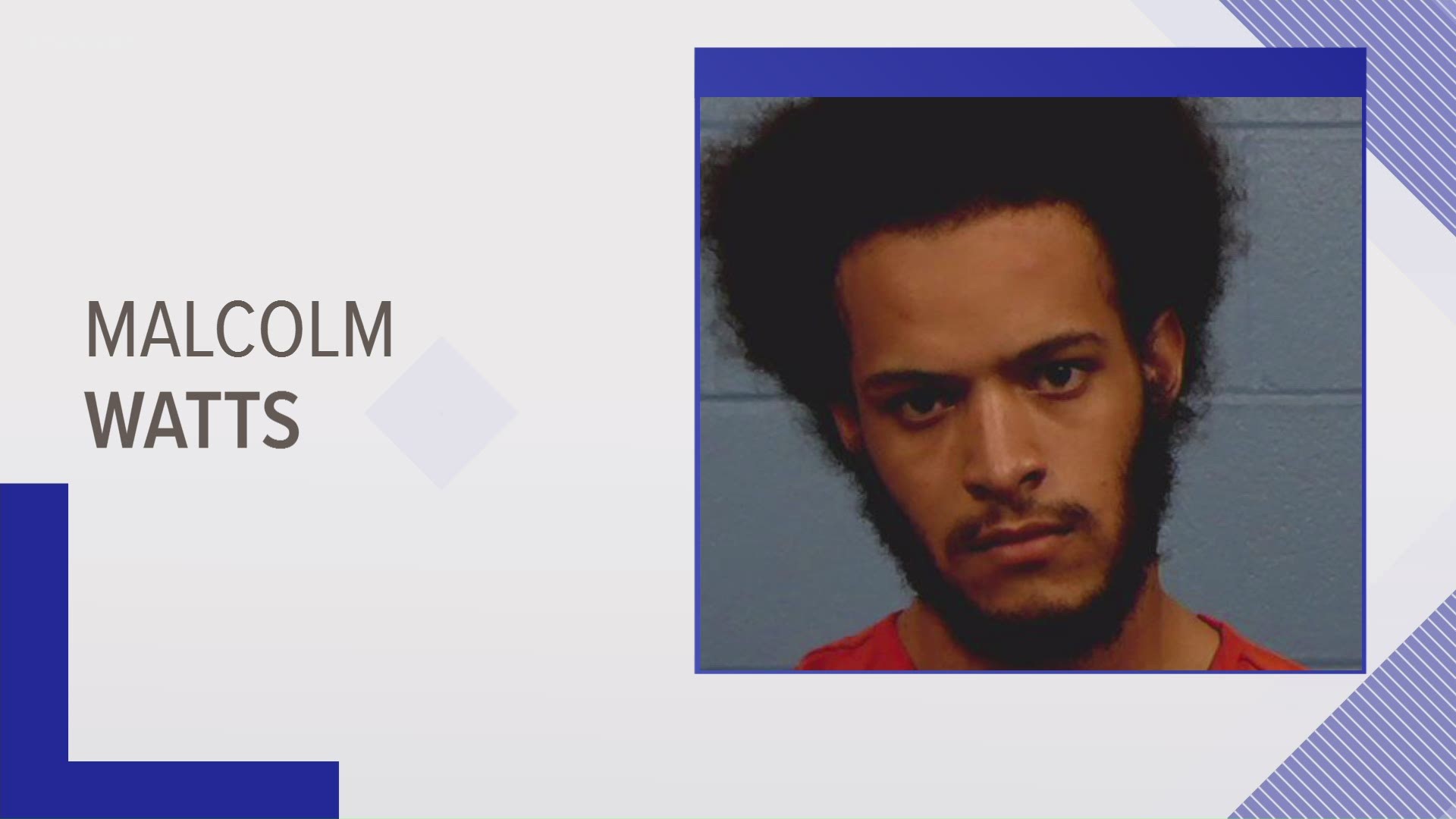 GEORGETOWN, Texas — A man was arrested early Saturday morning after firing shots at a police vehicle, according to the Georgetown Police Department.

Police said at approximately 5:42 a.m. Saturday, the department received a report of a disturbance in the area of the 1500 block of Walnut Street. When the first officer arrived on Walnut Street, a subject – later identified as Malcolm Watts – began shooting at the officer's vehicle with a handgun.

The vehicle was struck multiple times, but the officer was able to back the vehicle up and exit the vehicle.

Police said Watts would not initially obey commands to drop the gun but ultimately complied and was taken into custody without incident.

No officers fired their weapons in this incident, according to police. The involved officer was not struck by gunfire but did sustain minor injuries from glass breakage.

Watts did not sustain any injuries and has been transported to the Williamson County Jail.