The Austin Fire Department said that the victim was caught in a hydraulic after kayaking over a low head dam on the Colorado River. 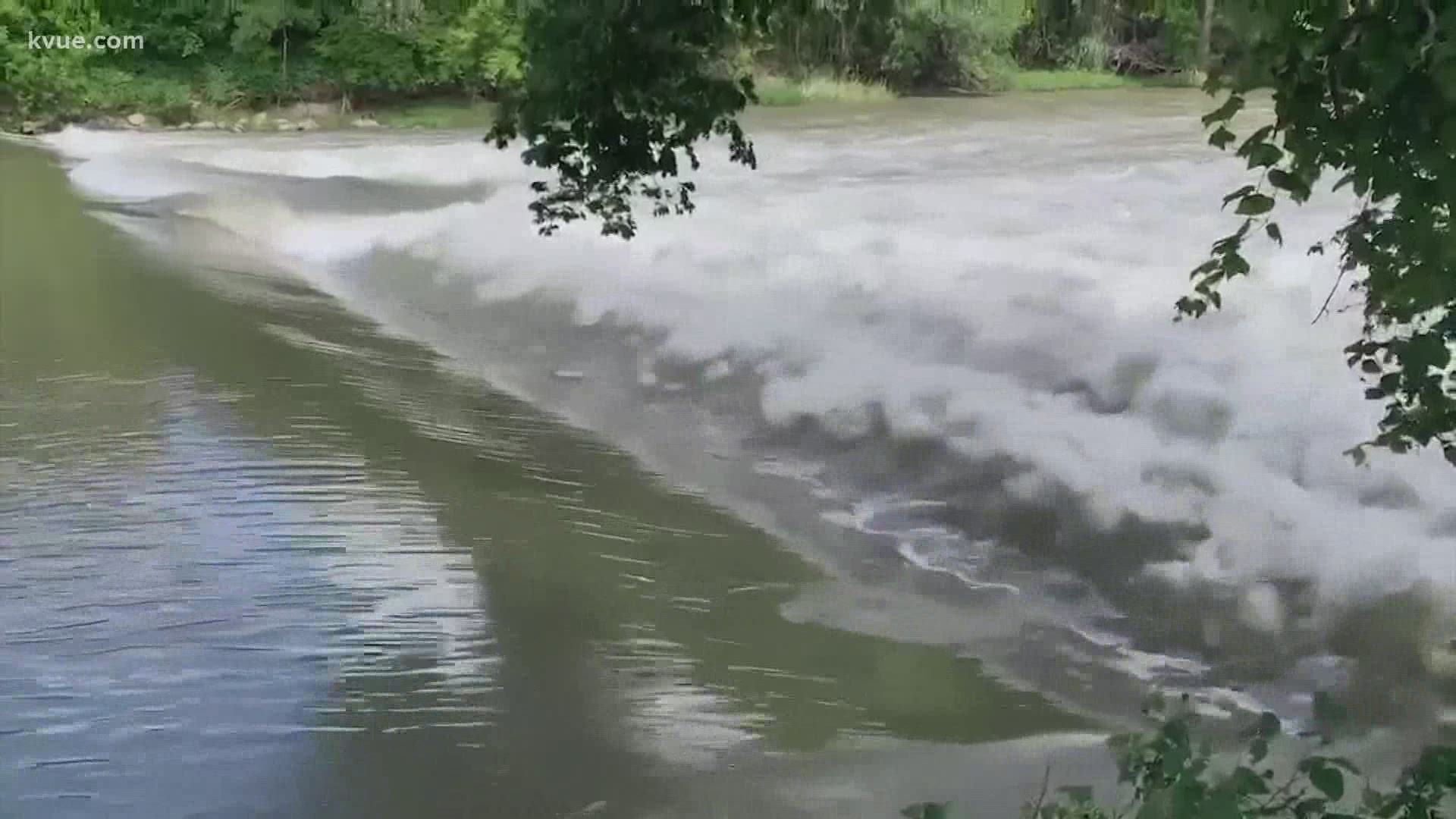 At around 2:45 p.m. Sunday, Austin-Travis County EMS stated that medics, Travis County STAR Flight and Austin Fire Department crews were responding to a wilderness rescue near 9100 Ramirez Lane in Austin. Callers reported a possible drowning after a patient fell off their raft into the Colorado River. Bystanders were performing CPR.

#ATCEMS, @STAR_Flight_TC & @AustinFireInfo are responding to a Wilderness Rescue at 9100 RAMIREZ LN (14:34). 911 callers report a possible drowning after the patient fell off a raft into the river, bystanders currently have CPR in progress. More information to follow.

At 3:20 p.m., ATCEMS said STAR Flight had obtained a deceased on scene pronouncement of an adult patient. At that point, the scene was turned over to the Austin Police Department.

The Austin Fire Department said that the victim was caught in a hydraulic after rafting over a low head dam on the Colorado River.

Location where victim was caught in hydraulic after rafting over low head dam on Colorado River. pic.twitter.com/veIi6f7gfL

AFD later confirmed that the victim was a man in his 30s. He was with three others, all in separate kayaks. The victim had a life jacket with him, but he was not wearing it.