The 1-million-square-foot facility is proposed on about 70s acres off I-35. 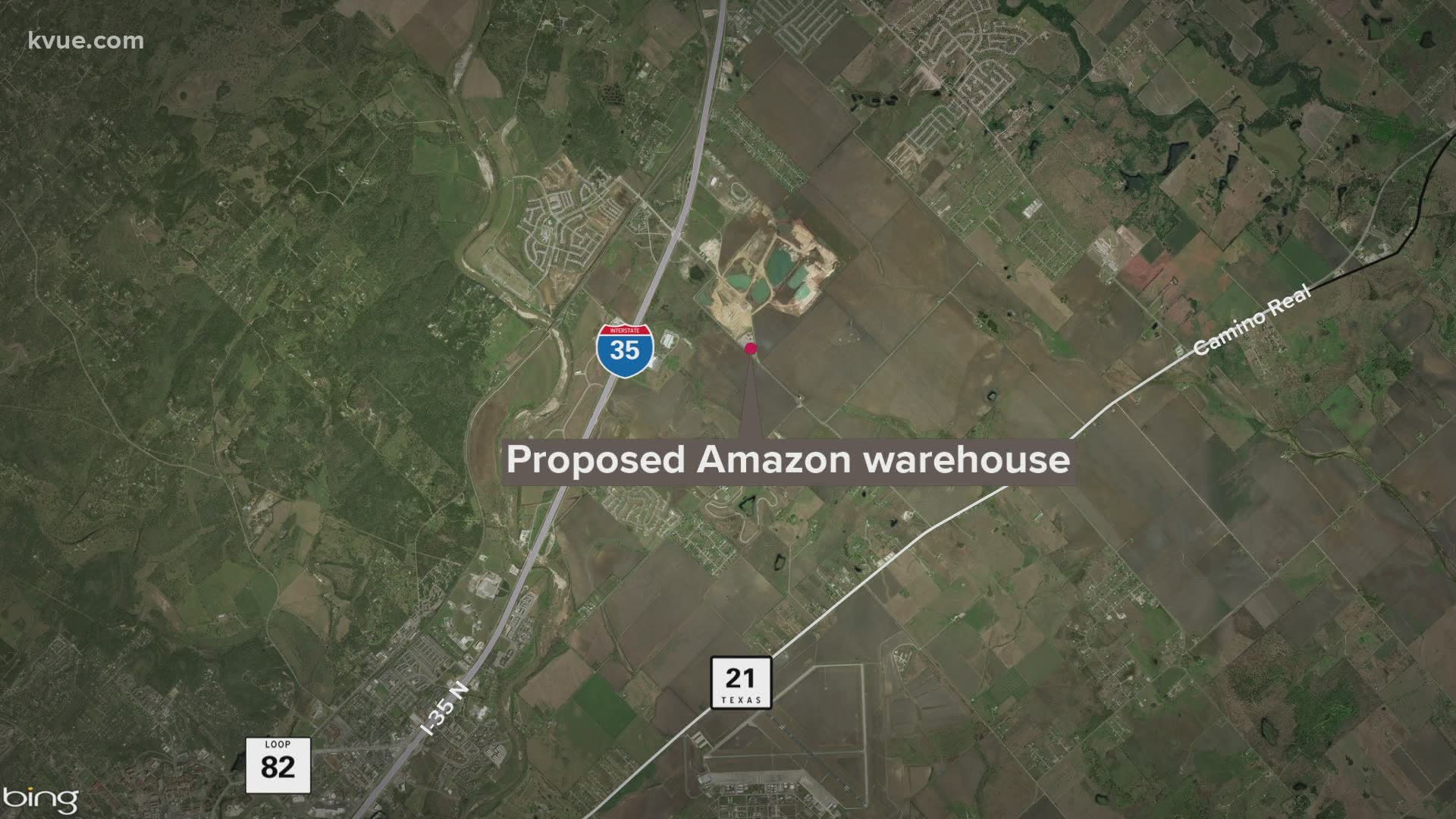 According to the Austin Business Journal, the 1-million-square-foot warehouse is proposed on about 70 acres near the Hays County Transportation Department off Interstate Highway 35.

A parking variance for the site was approved at the Dec. 15 San Marcos City Council meeting, in which councilmembers confirmed the land was being prepared for the facility.

The retailer continues to expand in Central Texas, with facilities in Kyle, Buda, Pflugerville and Round Rock. Amazon already has an 855,000-square-foot center in San Marcos.

On March 3, Amazon officially announced that the warehouse will be a delivery station. It is expected to be built and opened later this year at 1346 Fortuna Road.

Amazon said it will create hundreds of jobs with a $15-per-hour starting wage. Hiring will begin eight weeks prior to the launch of the facility. Interested applicants can sign up for text message alerts by texting JOBSNOW to 77088.

“San Marcos is extremely excited to have been chosen to have another Amazon facility be built in our community,” said Mayor Jane Hughson. “We have the workforce and the community support to continue to be a strong and viable partner with the Amazon organization. Welcome again, to San Marcos!”

When can Texans in Phase 1B get the COVID-19 vaccine?