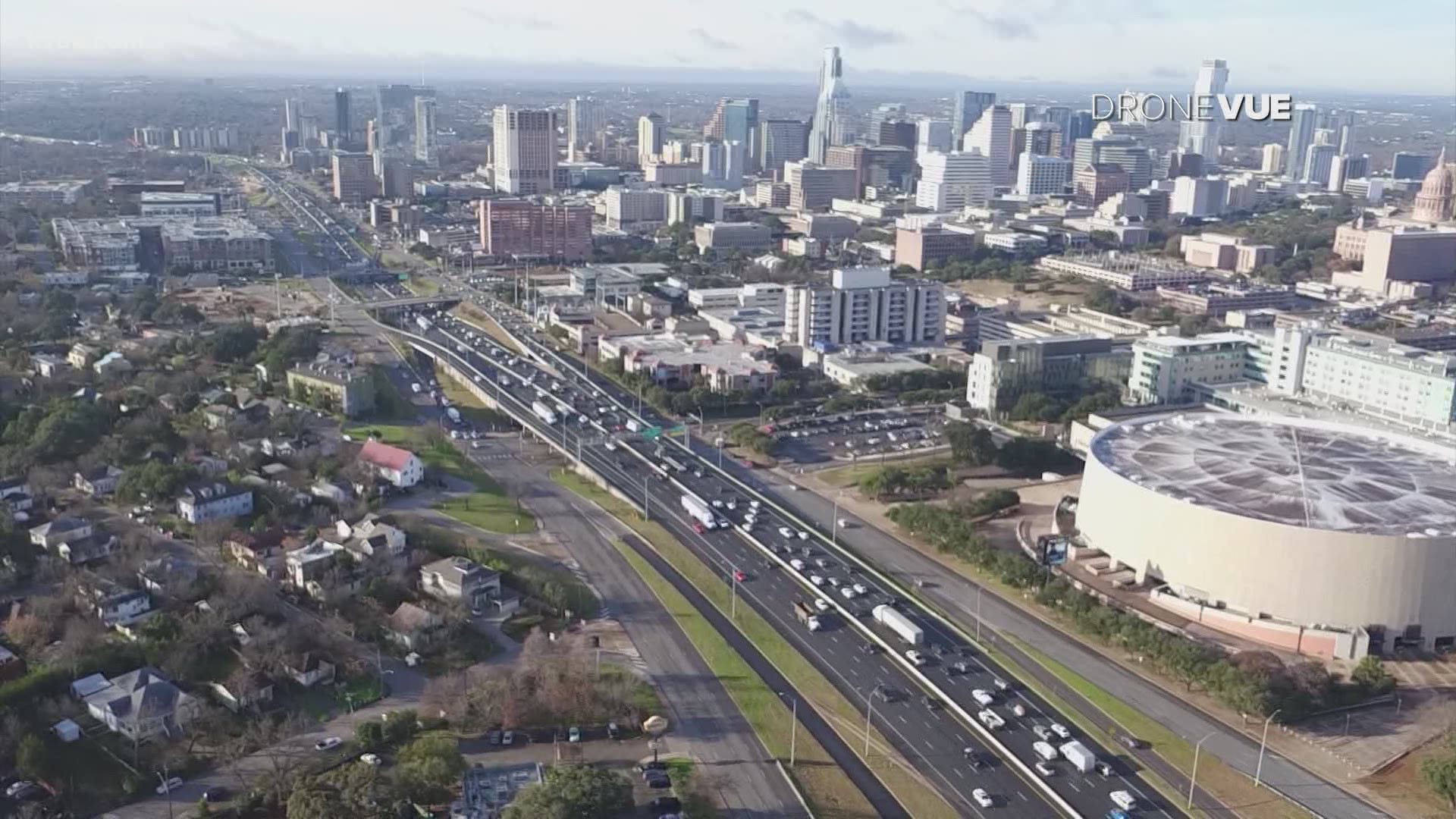 AUSTIN, Texas — President Joe Biden is pushing a $2 trillion infrastructure plan, which includes funds to improve thousands of miles of roads, fix hundreds of bridges and improve public transportation across the county.

KVUE's Bryce Newberry interviewed U.S. Transportation Secretary Pete Buttigieg about the plan and how it affects Austin. Here is a look at the interview:

Newberry: So in Austin, we have three massive infrastructure projects in the works that really do depend on federal funding: a mass transit project that would bring light rail to the city, an expansion of our main interstate, as well as an airport expansion that would double its size. So how could President Biden's plan help projects like those succeed?

Buttigieg: Well, one remarkable thing about Austin is that with efforts like Project Connect, the city, the community, the people have already made a decision to step up and deliver more infrastructure. Now, we've got to do the same thing here in Washington. The president's jobs plan includes resources for roads and bridges, ports and airports, rail and transit ... all things that are reflected in the work that's going on locally. This means that there will be more federal dollars to back up those communities that are making those tough choices and preparing for the future. We have been disinvesting for decades and it's catching up to us as a country. So it's time for there to be a national solution to support those local communities and add it all up to the kind of infrastructure we'll need to thrive for decades to come.

Newberry: It's important to ask here, though, because the freeway expansion is a little bit controversial, because it could further deepen the divide that has really historically segregated communities of color. And some say it won't actually solve the city's mobility problems. And you've said that there is racism physically built into some of our highways. Is an expansion the right way to be spending all of this money? And how can these long-needed transportation improvements really move forward with equity as a top priority?

Buttigieg: So I know there's a process underway with regards to this specific expansion. Let me say, generally in terms of our policy in our direction, we do need to make sure that when we add something for the future, we're doing it in a way that is equitable, that we're not repeating the mistakes of the past where highways have divided neighborhoods, and also that we're recognizing that there has to be an integrated transportation solution. Sometimes, that might involve widening or expanding roads. But sometimes when you do that, you just get more cars. And so without knowing all of the specifics of this project being discussed in Austin, I do think it's very important to take all of these things into account and recognize that the right answer for 2050 is not going to look like the right answer in 1950.

Newberry: Part of the reason for that project, of course, is because Austin is seeing constant growth and it's expected to double in population by 2040. Will this infrastructure plan bring any extra help to cities like ours, which are really trying to catch up with the explosion that we've already seen, but also get ahead of the growth that's still expected?

Buttigieg: Austin faces unique challenges because of the pace of growth. Many would say that's a good set of problems to have, but it might not feel like that if you're facing something like the housing crunch or the affordability issues that it's been creating. And I know that the mayor and his team have been working to prepare for a future that contemplates all of that growth going on in the present. And to get to your question, yes, these are the kinds of things that good federal policy and federal dollars can help with, whether we're talking about planning or whether we're talking about expansion of resources. So supporting things like transit-oriented development, supporting things like transportation affordability, knowing that often that transportation or commuting bill adds up alongside housing bills that are already putting a lot of pressure on a family's bottom line. And it means creating flexible solutions. The pandemic has shown us that they're probably going to be a lot of changes, not all of which are fully understood in terms of how people relate to their workplace. We've got to create flexible solutions that are going to make sense in a very fast-changing time.

Newberry: I want to ask you about that recent report card from the White House that gave Texas a "C" grade for current infrastructure and said for decades, infrastructure in Texas has suffered from a systemic lack of investment. Why is that and how do we compare to the rest of the country?

Buttigieg: This is a report from the American Society of Civil Engineers and reflects the challenges in Texas. And it's not unique to Texas. There are a lot of places around the country. And, matter of fact, our country as a whole has fallen out of the top 10 when it comes to the quality of our infrastructure. That didn't just happen on its own. That happens when there are decisions made not to invest. And that's unfortunately been all too common, especially in federal policy here in Washington. Now's our chance to change that ... to make a major investment. It's bold, it's big, but that's exactly what's needed. And I know that Texans are not strangers to the idea of going big and doing bold things. So it feels like a natural time to step up, deliver those resources and, very importantly, create millions of jobs while we're at it. This is about making sure we have a strong economy for the future. And let me tell you, our economic competitors, places like China ... they're not waiting to make these kinds of investments. We shouldn't be waiting either.

Newberry: All right. We're short on time, but I do want to ask you, there's no doubt about it, that this is an expensive and expansive plan. Some members of Congress, including Republican Texas Sen. John Cornyn, have expressed support for a cheaper version of it that focuses on some of the more traditional forms of infrastructure. How well do you think that something less than this plan would address the needs of Texans and Americans right now?

Buttigieg: Well, we certainly welcome the dialog and the debate. I understand that Republicans are working on their own proposals and we want to see what they're going to develop. The president just hosted a meeting that I attended with Republicans and Democrats from both chambers earlier this week. And those conversations are ongoing. But whatever we come up with, it's got to be big enough to meet the moment. That's what the president's vision does. And I hope that remains our focus because we may not get a chance like this to do something big that's really going to define the next half-century with the choices we make today.