A new airline is coming to Austin and starting its first nonstop flight from the Lonestar State to Honolulu. 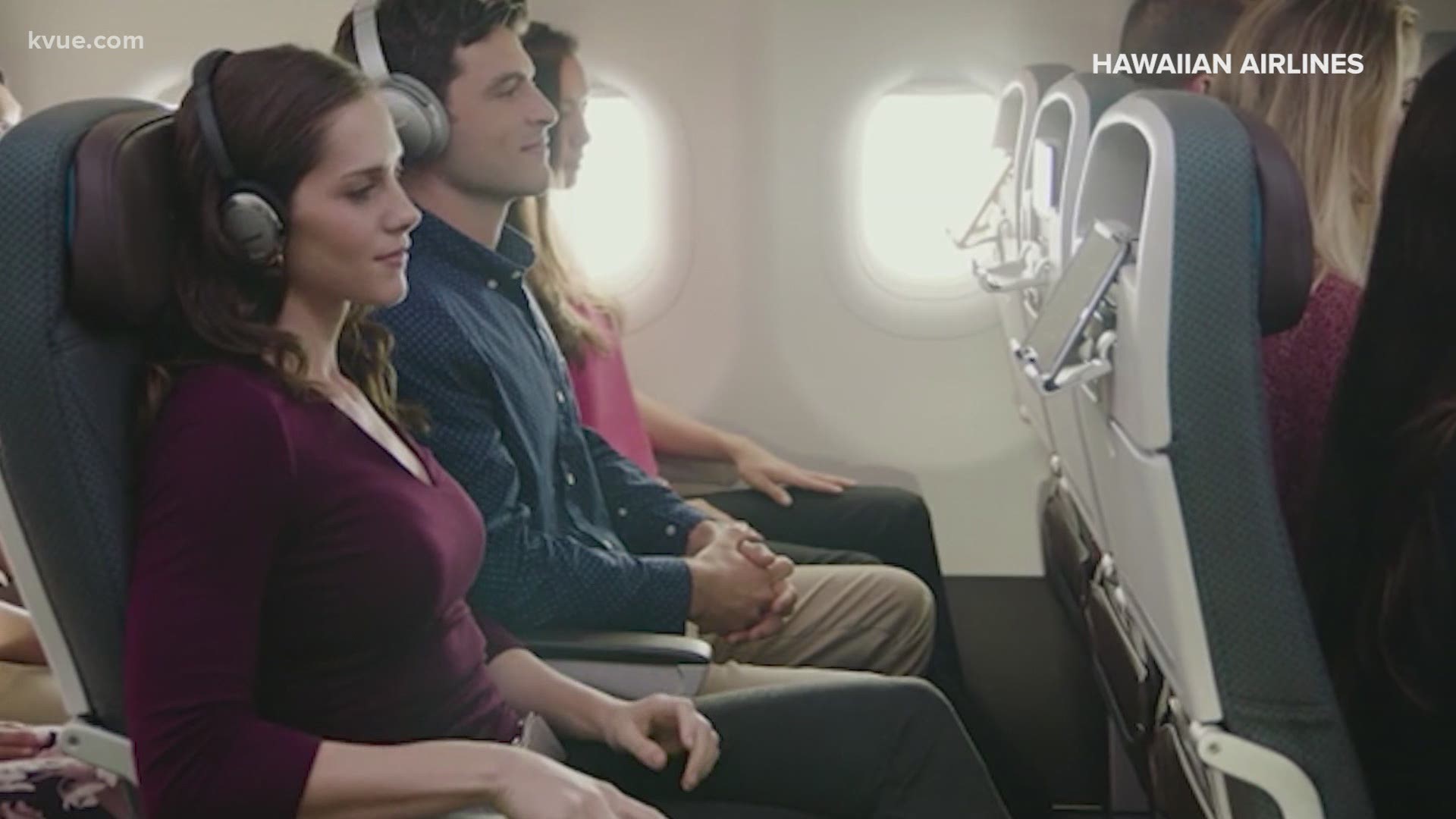 AUSTIN, Texas — Despite a global pandemic that brought air travel to a near halt in the U.S. and here in Austin, a new airline is coming to town and launching Central Texas’ first nonstop flight to Hawaii.

"We've been looking at Austin for a long time. We've obviously noticed the growth of activity at the airport, the growth of the population," Hawaiian Airlines CEO Peter Ingram said in a live interview with KVUE on Thursday morning.

The airline plans to fly an Airbus A330 twice weekly all year long from Austin. Flights will arrive on Wednesdays and Saturdays and depart on Thursdays and Sundays. Tickets are already on sale.

Because demand on the route is already high, the airline will add a third weekly flight for the summer from May 28 until Aug. 13.

“There is nothing more rewarding for us than bringing our award-winning service and Hawaiian hospitality to a new market,” Ingram said in a video announcing the launch, “and we can’t wait to welcome our guests from Austin and introduce them to our islands.”

The airline has been looking at the Austin market for the last four or five years, said Brent Overbeek, Hawaiian's senior vice president for revenue management and network planning.

"Certainly as the Austin metro area has grown and you guys have seen a tremendous amount of, kind of organic growth, but also transplants from the West Coast in terms of tech and other businesses, places that have really made the market ties to Hawaii grow," Overbeek said. "That combination has always been attractive to us and we've had a lot of interest in it."

Overbeek said Austin is one of the largest U.S. cities that doesn't currently have nonstop service to Hawaii, which was part of the airline's draw.

"You don't have one carrier that really dominates Austin, and we think that we can go in and carve out a nice niche," Overbeek said.

During the pandemic, new air service announcements have not been very common. Instead, airlines have been furloughing employees and slashing flight schedules after passenger demand plummeted.

"Hawaiian’s new nonstop is due to both the growth of the Austin metro area and COVID," said Henry Harteveldt, travel industry analyst for Atmosphere Research Group. "Due to COVID, the airline dropped many domestic and international routes, leaving it with extra planes. Austin’s a great choice for Hawaiian. In 2019, more than 140 people flew from Austin to Hawaii every day. Hawaiian’s nonstop lets Austinites avoid a connection at another hub, and provides a faster trip to paradise."

Austin will be Hawaiian Airlines’ first market in the south-central U.S. and 16th U.S. city the airline serves.

“Austin-Bergstrom International Airport remains committed to providing the best service to our passengers despite a year with unprecedented impacts on the airline and airport industries,” Jacqueline Yaft, CEO of the Austin Airport said in a prepared statement. “We know that many Central Texans will be eager to travel and we are excited to offer an easy and convenient way to explore a new destination.”

The testing providers are on the state of Hawaii's approved list, Ingram said.

Hawaiian Airlines also announced Tuesday it would start nonstop service from Honolulu to Orlando, Florida, and Ontario, California, in 2021.

"One of the things we want to do at Hawaiian Airlines is, as soon as people get on board, give them the experience of our authentic Hawaiian hospitality," Ingram said. "Our employees take a lot of pride in taking care of people when they're in our care."

A new airline hasn’t announced its arrival to AUS since September 2019 when KLM Royal Dutch Airlines announced it would start flying nonstop from Austin to Amsterdam.

The flight was supposed to launch in May, but the coronavirus pandemic suspended all of Austin’s transatlantic flights.

VERIFY: Will the COVID-19 vaccine cause infertility in women?