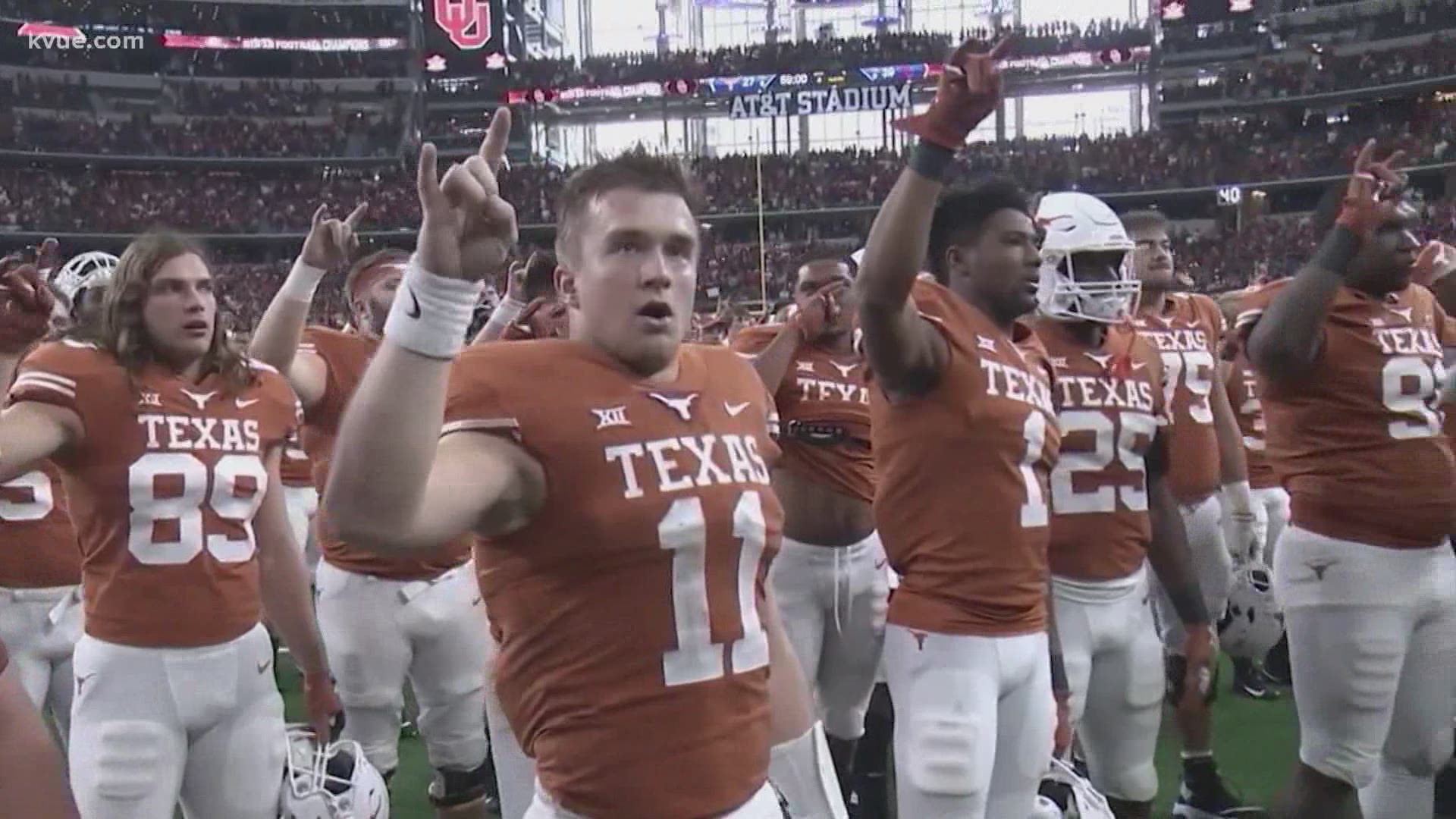 AUSTIN, Texas — We have a better idea of how part of the University of Texas at Austin will deal with the controversy surrounding the school song, "The Eyes of Texas."

The Butler School of Music announced on Wednesday the traditional Longhorn Band will be required to play the song. But it will form a new unnamed band next fall where members won't have to play the song.

The Longhorn Band will still perform at things like football games and big events, but it’s unknown what types of events the other marching band will be a part of.

“We need to celebrate and nurture what makes UT special, and the Longhorn Band is one of those great organizations that shape our campus culture, elevate school spirit and provide amazing opportunities for our students,” said UT President Jay Hartzell, who approved the plan. “Our multimillion-dollar commitment over the next five years will support the Longhorn Band in restoring – and even going beyond – its former glory, while also providing strong support for our entire portfolio of university bands.”

Members of both bands will get scholarships of at least $1,000 each.

Some band members refused to play the song last year over concerns about its history. It was originally linked to minstrel shows, when UT was a whites-only school.

A special UT committee examined its history, and last month, it determined that there was no racist intent behind the song.

Here's how the appeals process could look for Derek Chauvin