The new code is supposed to help address housing problems in Austin. 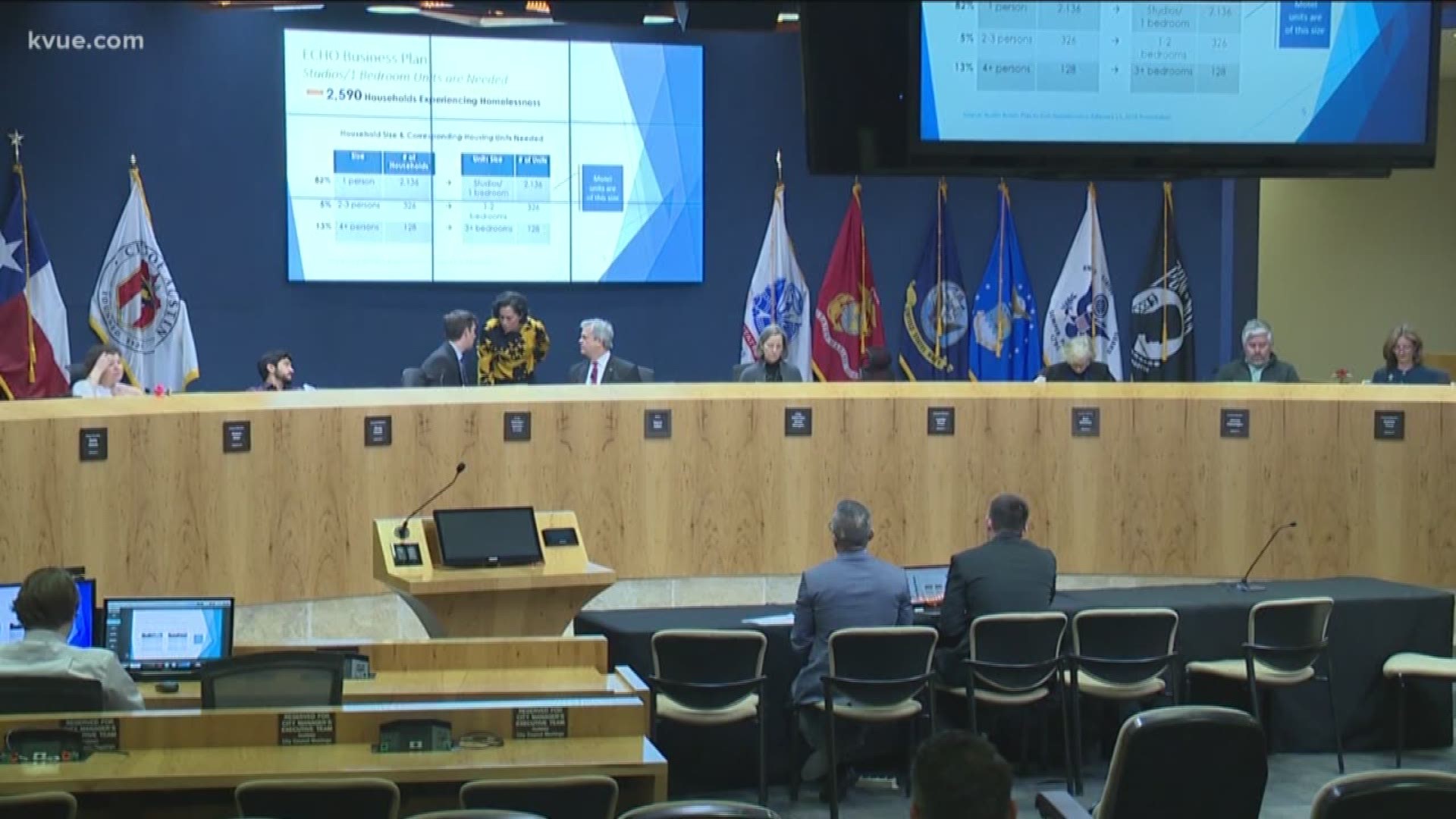 AUSTIN, Texas — The Austin City Council is expected to take its first of three required votes on Wednesday regarding a new land development code.

The new code is supposed to help address housing problems in Austin. If approved, this would be the first time the City is updating the code in more than 30 years.

The proposed new code wants to fix what's called "the missing middle," which is the gap between high-rise condos and single-family homes. The code would allow zoning for duplexes, triplexes and townhomes.

On Tuesday, the council only had a few hours in the morning, thanks to a scheduling conflict with a councilmember, to discuss and debate potential changes to the code.

A main focus was affordability and how to bring more of it to Austin.

"I think it's real clear, this council is pretty unified in trying to really focus on affordability and equity in this city," said Mayor Steve Adler. "Certainly, there are different paths and different strategies that council thinks will get us to there. But on most of these things I believe council is in agreement. We're in agreement on far more things than we disagree about."

This is the first of three readings required to adopt a new land-use code. Council is set to reconvene and continue discussion on Tuesday at 8 p.m.

Adler called for a vote to happen on Wednesday at 5 p.m.

During a council meeting on Saturday, more than 500 people signed up to speak to give their opinions on the code.

Many of those who attended the meeting were split on either preserving single-family neighborhoods or supporting the proposed land development code.

"Up to a third of single-family units in the eastern crescent are rented and a lot of them are paying less per square foot than the folks in our public housing," explained Carmen Llanes Pulido with Go Austin/Vamos Austin.

University of Texas student Kevin Quest explained to KVUE that building up instead of out helps mobility and cuts down on commuter traffic.

"What this does is allow walkable lifestyles and green lifestyles to be enabled in the central core of Austin," said Quest.

The code needs to be approved a total of three times before it becomes an ordinance.