With a warmer winter and more growth in Central Texas, there are more snakes popping up in people's yards. 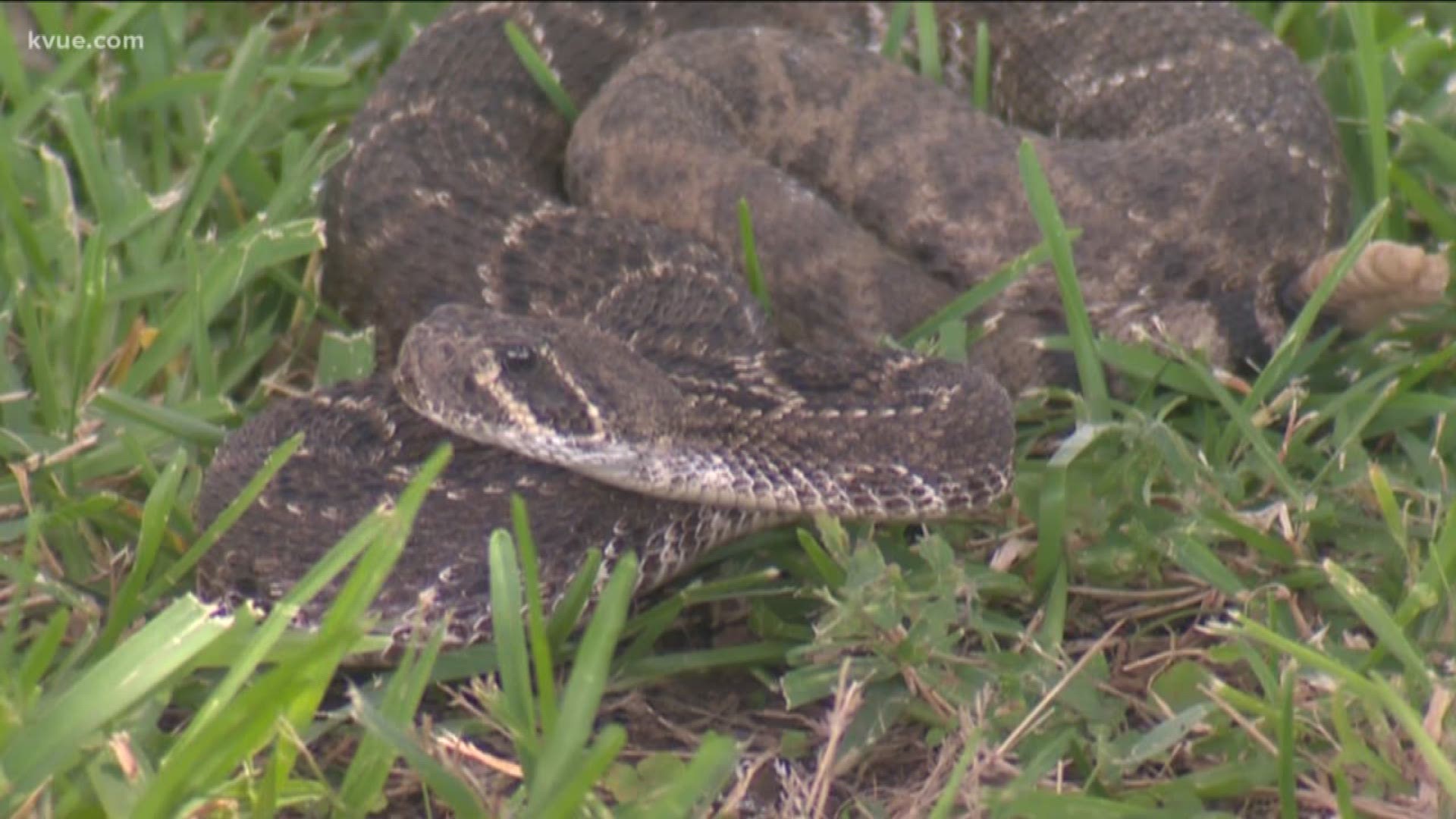 BUDA, Texas — With the growth and development in Central Texas, we often forget about what the land used to be and how it affects our wildlife. That's often why critters like snakes end up in our backyards.

A western diamondback rattlesnake is probably one of the last faces you want to be staring down.

That's where Brent Ormand comes in.

"We do relocations, we do education, we do snake handling, training," said Ormand.

He's a snake handler who works on movie sets, and also runs Snakes of Hays County. They make sure to get the creatures you may find out of the places you don't want them, like the western diamondback rattlesnake.

"They are very common in this area, there's really not many places around here where you won't find one," said Ormand. "You definitely have to respect them. You give them some space, they're not gonna hurt you. If you see a snake and walk away, there's a 0% chance of them biting you."

Along with some help, they get to as many calls as they can to remove snakes from people's yards. That's to not only protect the people, but also the snakes. He said they're an important part of the ecosystem and, without them, other populations can grow out of hand. That includes non-venomous ones.

"We have a diamondback water snake, it's probably [one of the] most misidentified snakes in the United States," he said. "Yeah, I love these snakes. They're really friendly when you get them slowed down, they're really calm."

They're also popping up even more. Ormand said that, with the combination of a warm winter and more developments going up, people are seeing the snakes slither into their yards.

"That's what gets us calls," said Joshua Sarkardehi. "All these new subdivisions that go up where there was once wooded area, and the snakes stay there."

Even though they get up close and personal, they have a warning to others about the dangers they can cause.

"There is never a reason to have your hands on a venomous snake," said Ormand.

He also said a lot of the common tricks to recognize some of these venomous snakes can be misleading, especially saying all triangular-headed snakes are venomous. The only surefire way to know is to reach out to a professional.