In the video, you can see the snake slither its way towards the homeowner's door, which is in Converse, Texas. 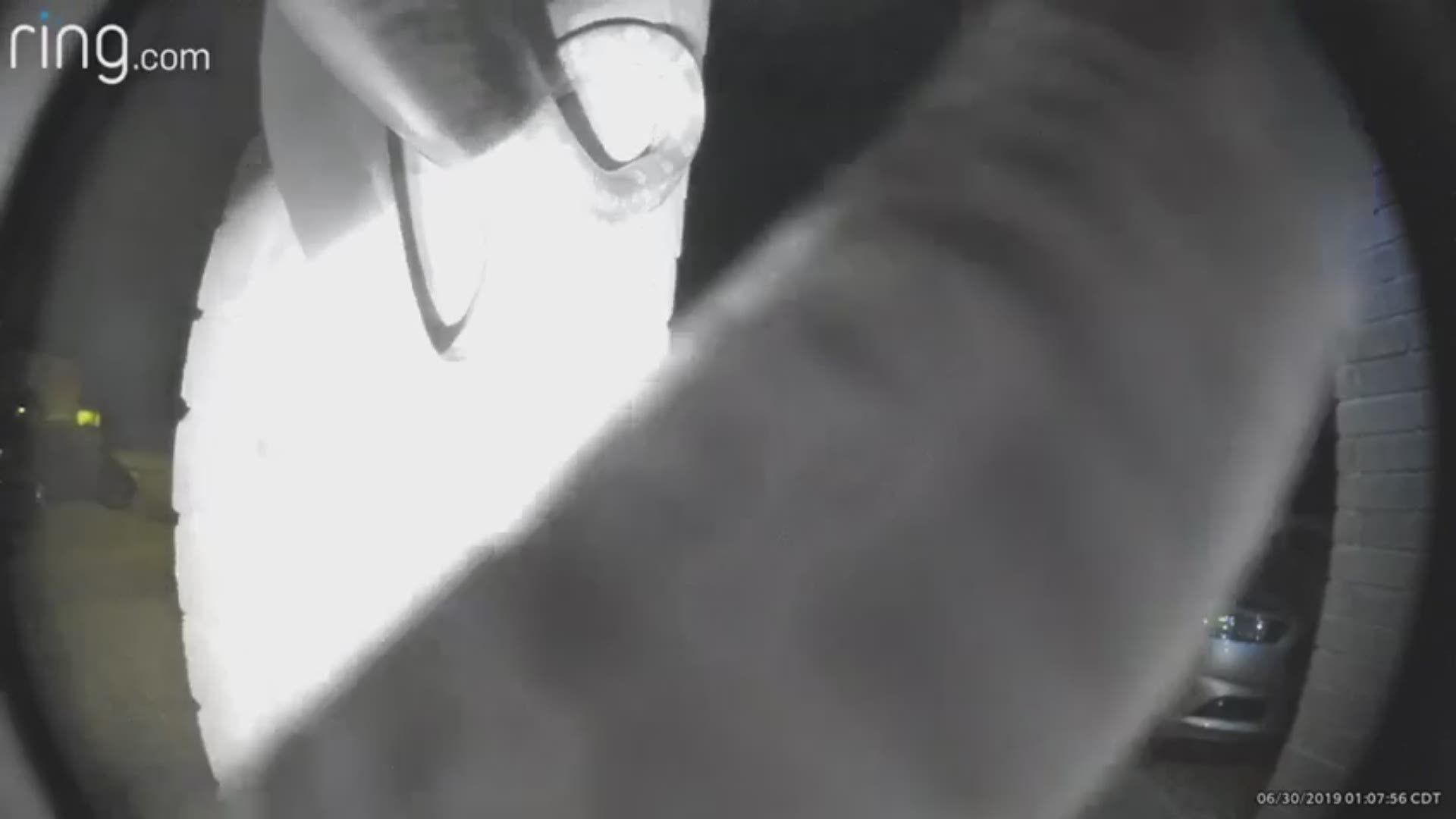 CONVERSE, Texas — Can you imagine hearing the doorbell ring, only to answer it and see a long snake at the door? Yikes!

A Converse, Texas, homeowner told KVUE she was surprised to catch a snake on camera ringing her doorbell. In the video, you can see the snake slither its way towards the homeowner's door. The snake is then seen using its face to give that doorbell a ring, the woman said.

"Just want to remind everyone that it’s hot out there and snakes are out, so be alert," said the homeowner.

RELATED: GUIDE: How to react to dangerous animals you may see in Texas

If you run into a snake, Texas Parks and Wildlife said the best thing to do is leave it alone.

"Almost all snake bites occur when people are trying to move or mess with the snake," TPW said.

If you encounter a snake on a trail, you should turn around or go around the snake, leaving room between you and the snake. However, if you find a snake in your yard, you should contact animal control.