Austin's Audic Empire plans to perform at ACL Music Festival for the first time, and band members said they've been waiting for this confirmation. 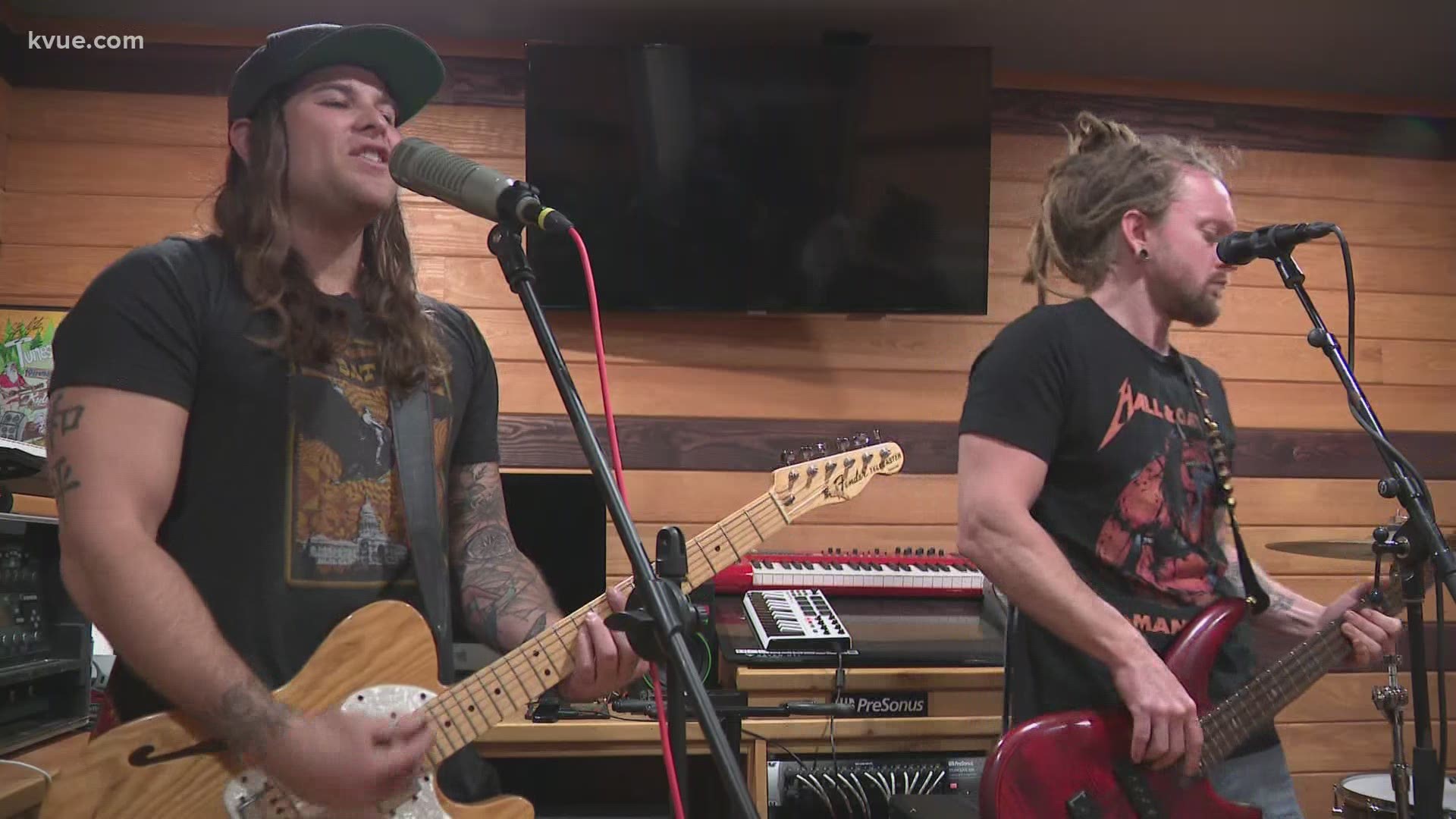 AUSTIN, Texas — After a pandemic-induced hiatus, some of Austin's most iconic festivals are making a comeback, like Austin City Limits Music Festival, and the City is revising its Bringing Events Back: Event Reopening Guide, including the COVID-19 Health and Safety Form currently required for special events applications.

The City said it plans to relax things like masking and social distancing rules and anyone applying for an event permit won't have to prove fans are vaccinated. The Austin band Audic Empire told KVUE their band members knew they were in ACL's lineup for the past year and now they can finally get excited about it.

"We've been practicing hard, writing and just super ready to rock again," said Ronnie Bowen, Audic Empire singer and songwriter, as he practiced with his band at 4 Oaks Studio on Thursday. "If you really push, push hard, you're determined, then you'll be successful."

Bowen said it's their first time taking the stage as a band at ACL and the experience will be surreal for them.

"There was talk of it and everything and we weren't really sure what was going to happen," said James Tobias, Audic Empire songwriter, bass player and singer. "It's validating for all the stuff that we've been doing and all the hard work we've been putting in."

Music will be blaring from Zilker Park in October for the first time since 2019, and ACL sold out three-day passes in less than three hours. The 2021 lineup was released on Thursday at 10 a.m. This year, George Strait, Billie Eilish, Stevie Nicks, Miley Cyrus, DaBaby, Megan Thee Stallion, Doja Cat and Machine Gun Kelly will grace the stages of Zilker Park. Black Pumas, Jon Pardi and Jack Harlow will also play the festival. Here's the full lineup.

Revisions to the City's event reopening guide and application process will take effect next week.

“Since the beginning of the pandemic, public health staff and residents of Austin and Travis County have come together to slow disease transmission in our community,” said Interim Health Authority Dr. Mark Escott in a press release. “Now that we have vaccines widely available in our community, and more than 50% of our population has taken advantage of that opportunity, we are able to relax our Guidelines and our Rules. As we continue along this positive path, many people may return to their normal activities and more special events will begin taking place.”

“Special events are one way we connect to art, live music and some of the cultural experiences which make Austin unique,” said Development Services Director Denise Lucas. “Relaxing COVID safety requirements for special events permits is a signal that we are able to return to normal. We are ready for events to come back safely so we can all support our local event organizers, vendors, artists and musicians.”

Before Audic Empire plays at ACL, the band will play in San Marcos at the Come & Tube It Music Fest on June 26. If you want to see more about Audic Empire, you can find their Instagram here.

Yes, U.S. airlines could start weighing passengers, but that’s been an option for years