The decision to let people out on bond while awaiting trial is increasingly becoming a community debate in Austin. 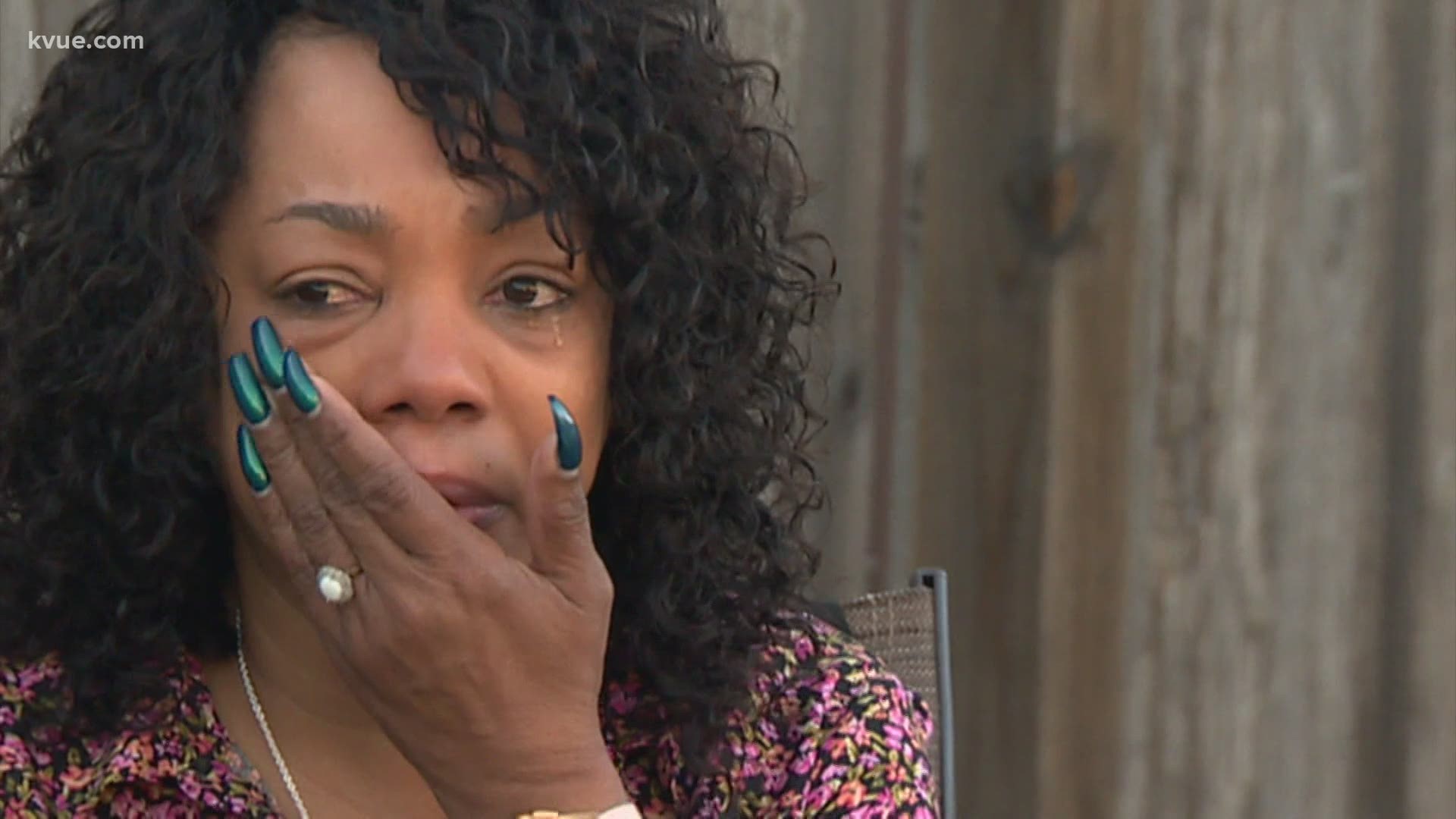 AUSTIN, Texas — The tragic story of what happened to 68-year-old Rose Davis unfolded last June 80 miles north of Austin in the parking lot of her apartment building in Temple, Texas.

"My son called me and said that Granny had been stabbed, and that’s all he said," said Octavia Boyd, Davis' daughter.

Boyd thought there had to be a mistake when her son explained that someone in the parking lot saw Davis crying for help and, according to a Temple police affidavit, her mouth gagged and her hands bound with duct tape before a man stabbed her in the throat and stomach.

But as family members gathered outside the hospital, the truth of what happened to the career nurse, fashionista and dancer – always so full of life – finally set in.

"They had brought her back three times, and the only thing we knew is that she had been stabbed," Boyd said. "Then we were called in a room, the family was called in a room, and that’s when they gave us the news."

NEW: Rose Davis was 68 — a nurse, mother and grandmother — when police say a man labeled as a violent criminal from Austin stabbed her to death. He was out of jail on bond from Travis County in a case highlighting the struggle to balance public safety and pretrial jailings. (1/5) pic.twitter.com/ZHHRMIgvrR

Boyd hopes Henry never sees outside a jail cell. But she also blames the justice system in Travis County for setting events in motion that she says led to her mother’s death.

"How could Travis County let him out with the history that he has?" Boyd asked.

In June 2019, Austin police arrested Henry in a string of armed robberies. His bail was set at $1 million, but his attorney later asked State District Judge Chantal Eldridge to reduce it. Authorities released Henry after he paid 10% of the new bail amount of $100,000, with the condition that he wear an ankle monitor.

Nine months later, while he was out and still wearing that tracking device, authorities say he killed Davis.

The debate over bond

The decision to let people out on bond while awaiting trial is increasingly becoming a community debate here in Austin. Criminal justice reformers say keeping defendants in jail while awaiting trial potentially infringes on their Constitutional rights, and in some cases, those defendants may lose their jobs, houses and their entire lives just waiting for their day in court. But others fear that in some cases, letting potentially dangerous criminals out of jail could put the public at risk.

KVUE Defenders found that in Travis County, about 60% of people booked into jail in the past three years were released on bond. Most were let out on what officials call a “personal bond,” meaning they were set free after paying a small fee and often after agreeing to certain conditions.

The Defenders found five cases among 65,000 released defendants in the past three years who then went on to carry out a homicide. They include the April triple murders of Amanda Broderick, her daughter, Alyssa, and a third person, Willie Simmons III. In that case, the accused gunman, former Travis County Sheriff’s Deputy Stephen Broderick, was out of jail on bond and months earlier, had a tracking device removed because he had complied with conditions of his release.

Those cases also include the 2020 murder of Adelaido Bernabe Urias, a 68-year-old ice cream salesman shot and killed in a robbery. Records show one of the suspects, Marquis Davis, was out of jail on bond for a previous shooting in 2019.

The topic of jail release became a battleground issue in the 2020 campaign for Travis County District Attorney, and since taking office in January, District Attorney Jose Garza has put new rules in place that represent what veteran judges, prosecutors and others say represent a different approach from his predecessors.

“It’s what our legal system does every day, and that is to evaluate every set of facts, on a case-by-case basis," Garza said. "Every person is unique and has a unique circumstance, and not only is that the practical thing to do, it is what the law requires.”

According to Garza’s protocols, the presumption is that someone charged with a felony should be released. Just this month – to help with community safety – Garza put new rules in place that prosecutors must ask judges to require suspects to surrender firearms if they are charged with one of a number of different crimes.

Still, Garza said he wants law enforcement to flag cases in which they are particularly concerned about a defendant returning to the street.

"We have communicated that we should be in touch," he said. "If there is a case where law enforcement feels like someone poses a threat to the community, we want to know about that, independent of our own determinations."

Travis County District Judge Brenda Kennedy, the county’s presiding criminal judge, said new recommendations highlight the importance for judges to make a determination about whether defendants should be held, whether they are a community threat or whether they should be released.

"We don’t want our citizens to face dangers by releasing someone who we know poses a danger to the community and is likely to do it again based on everything we know about them," Kennedy said.

Boyd said she believes Henry is just the type of defendant who should have faced greater hurdles before being allowed to walk out of the Travis County Jail, if he was ever allowed to at all.

“Travis County let us down," she said.

The Travis County judge and Austin defense attorney in his case did not return requests for comment. At the time, prosecutors objected to his bail being reduced, but Garza was not yet in office when the case occurred and said he could not address it.

Today, Henry remains in the Bell County Jail on a charge of capital murder with his bail set at $1 million.