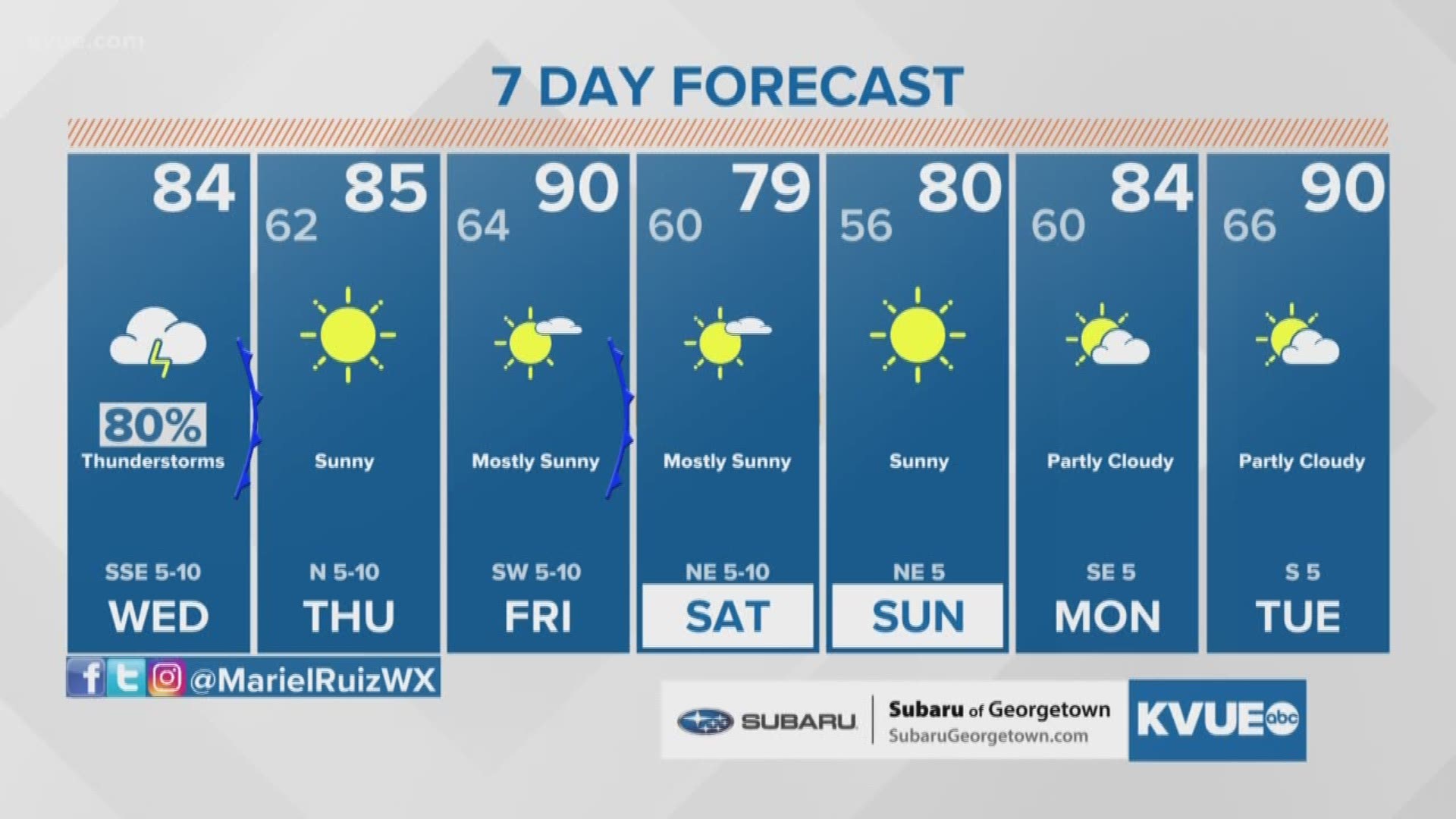 Storms could produce large hail, strong wind gusts and a few tornadoes. Stay up to date on the weather by downloading KVUE's app: kvue.com/app. You can also follow KVUE on Facebook, Twitter and Instagram.

Central Texas isn't the only part of the state looking out for severe weather. North and East Texas are also monitoring their forecast.

In an effort to stay ahead of it, Gov. Abbott's office has put several state resources on standby, the office said in a statement Wednesday.

"The resources we have placed on standby will help the state protect Texans and respond to any potential severe weather that could reach our communities," Abbott said in a written statement. "I urge all Texans to heed the guidance of local officials and pay attention to weather alerts."

The governor wants to remind Texas residents to stay indoors when severe weather approaches and to "turn around, don't drown."

WATCH: No garage? How to protect your car from hail