The new policy changed how students entered the stadium on Saturday to address safety concerns. 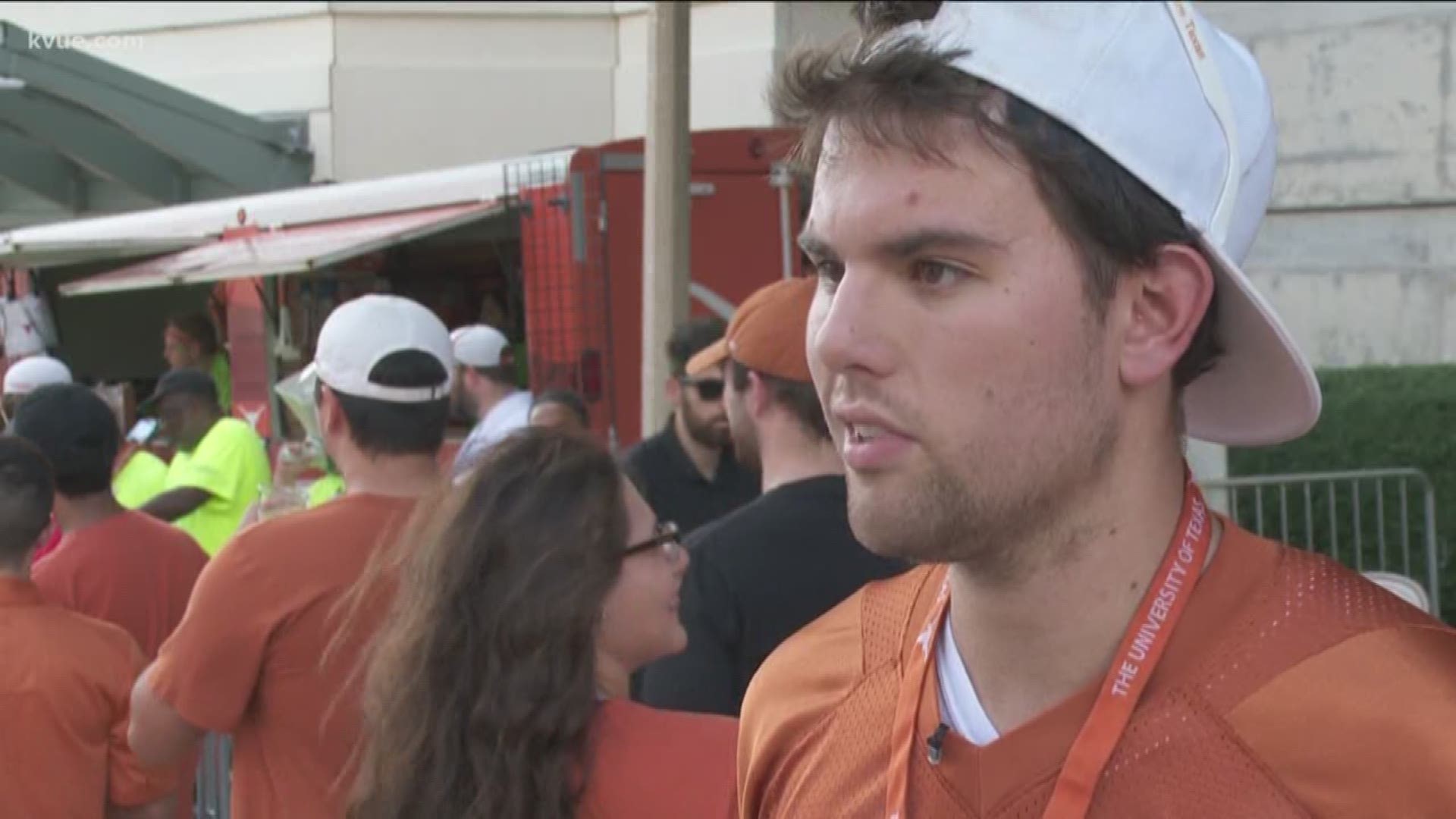 AUSTIN, Texas — The University of Texas made some changes after the last home game against LSU.

There were concerns raised about safety in the students' entrance to the stadium.

During Saturday's game versus Oklahoma State, there were less students waiting to get into the game. Some students said they were pinned against a wall for 45 minutes fighting for a seat during the LSU game.

Students now have to line up on the sidewalk to get into the stadium.

They also used the new ID readers before grabbing a wristband. Those wristbands are color-coordinated to show the section they can sit in.

"The gates open at 3:30," said Elizabeth Murray, a senior. "Based off of what time you get here, you get a different color wristband and you get into the stadium. Once you get a wristband, then you get into a section corresponding to that wristband."

All of these changes come after the last home game against LSU. That's when students rushed the stadium.

"Oh, it was a nightmare," said William King. "We were crushed together. It was worse than a can of sardines. I've never been so close to so many people at one time and I've been to ACL before."

However, the reviews of the new system were mixed.

"This way it ensures everyone has to have a ticket, so it's pretty good for us," said King, who's a junior.

"It's not the greatest system in the world, to be honest," said Clark Dalton, a sophomore. "I understand why it was implemented, just because the LSU game – it was an unsafe environment to be in."

"For me, it's a lot more organized," said Tucker Sills. "Having to rush in, you know, show up three hours early to get through gate 25 – for me it was really unorganized."

"I think this is better, and I wouldn't even say not perfect, just not even good yet," said Murray. "I would say it's better but not good."

So while it may not be perfect, most think it's at least a step in the right direction.

Several officers told KVUE the system appeared to be safer and it was a night-and-day difference from the LSU game.