Westlake football replaces a three-year starter with a three-way battle at the quarterback position. 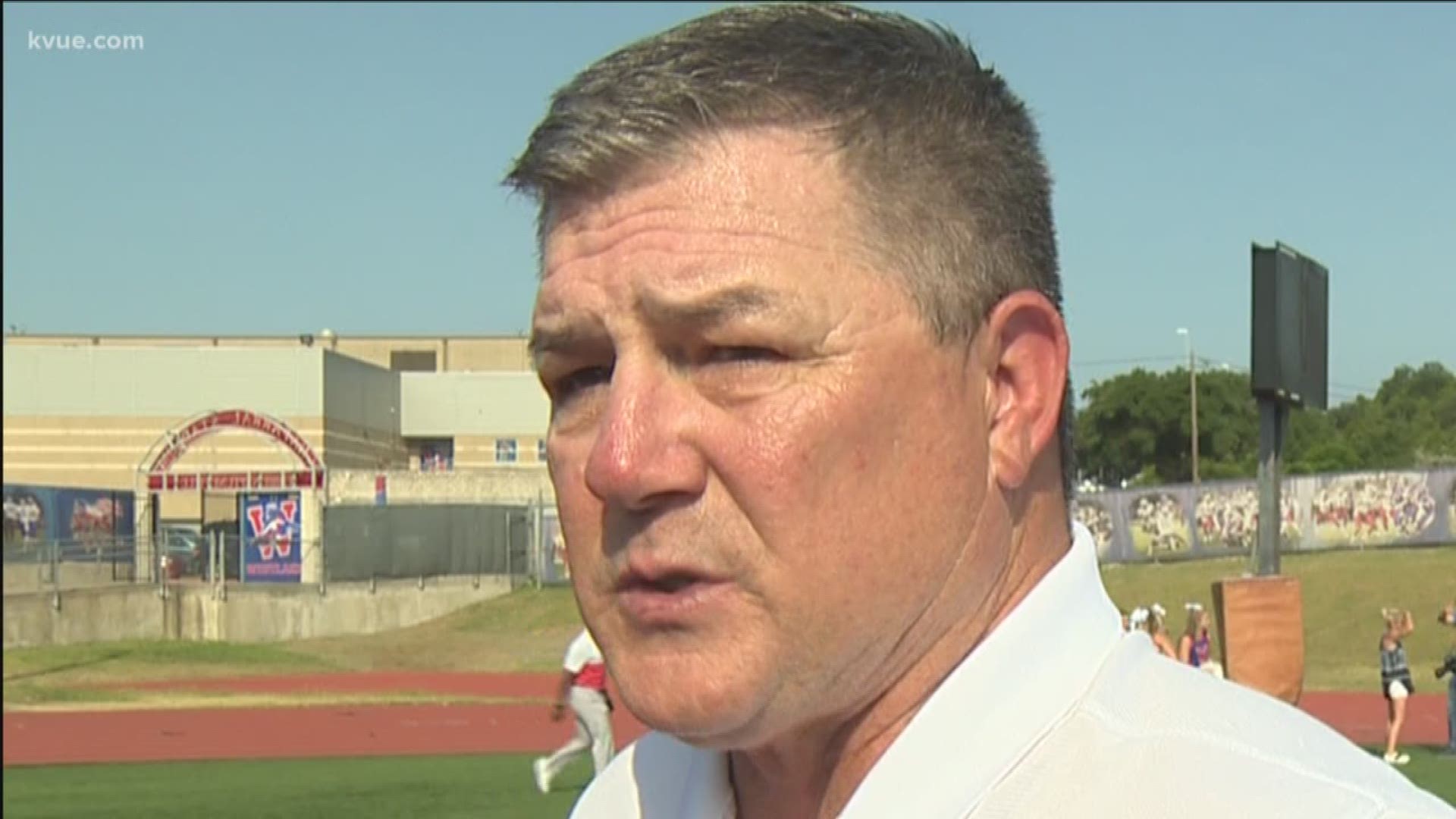 AUSTIN, Texas — It's a new football season and Westlake High School will have a new starting quarterback – a sentence that hasn't been true since 2016.

Who exactly that starter will be remains a mystery.

"I'm going to continue to evaluate in-game situations," head coach Todd Dodge said in regards to his process on making a decision. "If somebody during that evaluation process just absolutely takes off and separates, then you go with it."

Dodge appears to not be in any sort of hurry. He said right now, he has three quarterbacks that can win the Chaparrals' 12 games.

"You've got [junior Kirkland] Michaux who's a dual-threat quarterback. He's a big guy; he's not a real fast guy, but he's 6 [feet], 4 [inches], 215 [pounds] and he can move the ball in the run game in a physical way," said the coach. "[Senior Drew] Willoughby is more your pocket passer, precision passer. You've got the young one, [sophomore] Cade Klubnik. He's a definite dual-threat quarterback."

The task at hand is to replace three-year starter Taylor Anderson, which is something Willoughby and Michaux actually have experience doing.

When Anderson broke his leg in last year's playoffs, both were thrust into a shared role.

"Undeniable that that is a big bonus for us to have guys that have played in big-time ball games," Dodge said. "That's kind of a feather in our cap. We hated to have that happen to Taylor, but in the big picture of things we've got some guys that have taken varsity snaps."

A loaded cast of receiving weapons will also aid the eventual starter.

It's a group headlined by Arkansas commit Mason Mangum and supported by Jackson Coker and Ryan Lindley.

"[People] always make a big deal out of it, but it's really not that big of a deal," Mangum said in regards to the quarterback battle. "We have great chemistry with all three quarterbacks no matter who it is."

Westlake opens the season at home against Belton on Aug. 30. It opens district play on Sept. 13 against Akins, looking to extend its win streak against teams from District 25 to 18 games.

"I don't doubt that we're going to have a quarterback. It's just going to be which one of them is going to be the best fit for us over the long haul of the season," Dodge said.

‘Chrisley Knows Best’ stars turn themselves in for federal charges