It was a tight game until the Longhorns exploded for five runs in the third inning. 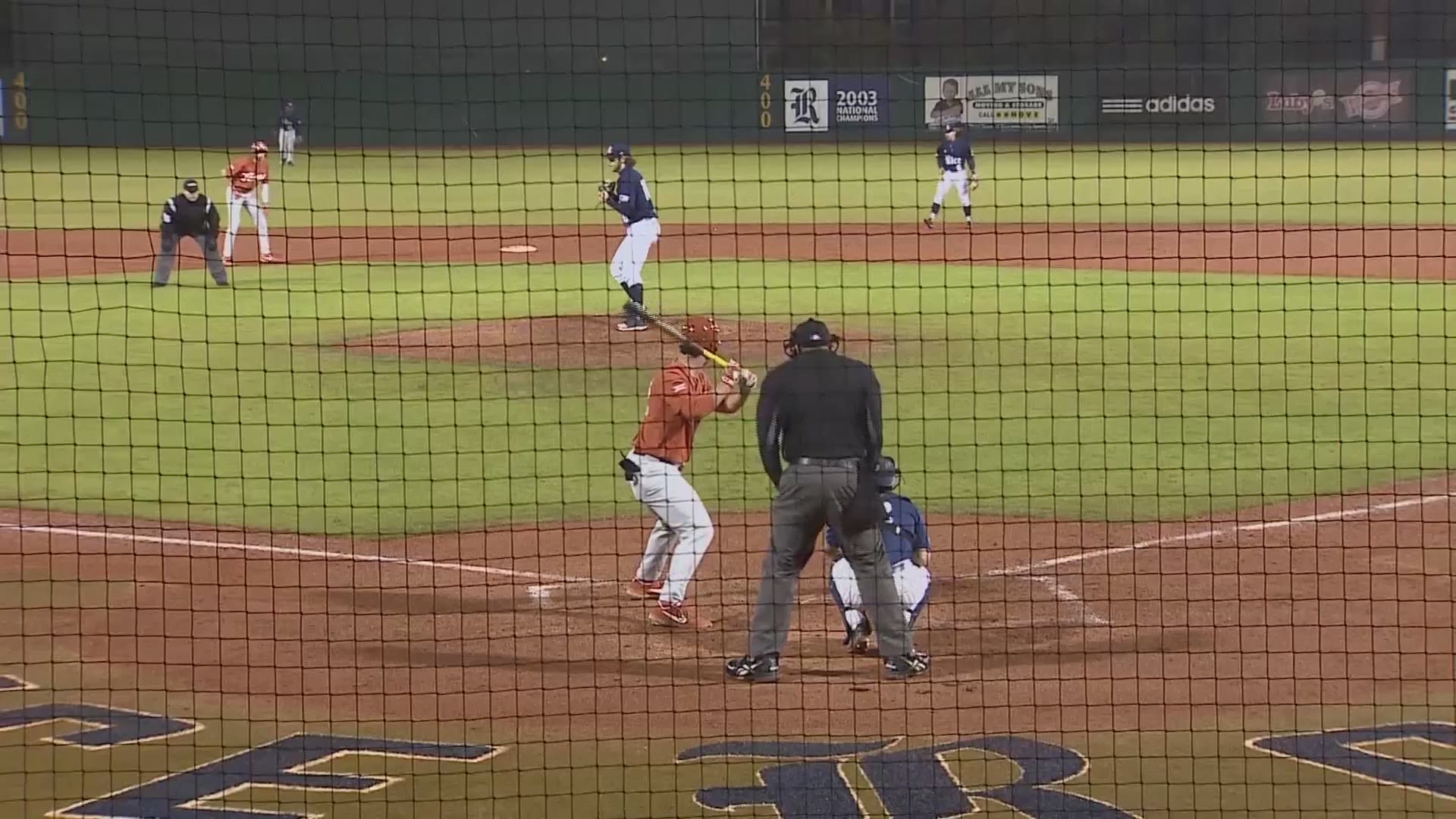 HOUSTON — The Longhorns picked up their third win in their first four games of the season, beating the Rice Owls in Houston, 11-4.

It was a tight game until the Longhorns exploded for five runs in the third inning.

D.J. Petrinsky tripled plating two runs and another due to a Rice throwing error.

Texas outfielder Eric Kennedy had a big outing, scoring three runs, a couple of hits and an RBI.

The Horns followed up with a three-run fourth inning. All part of a 13-hit night against the Owls.

Texas improved to 3-1 on the season. The Longhorns return to action starting Friday for their home opening series against Purdue.

First pitch for Friday's series opener will be at 6:30 p.m. at Disch-Falk Field.