'The conscience of the country' | Gregg Popovich reflects on the legacy of Dr. Martin Luther King Jr., and what he might think today

Pop called MLK a modern founding father, and said that while he'd be sad about the racism that still exists, he'd be encouraged by the progress. 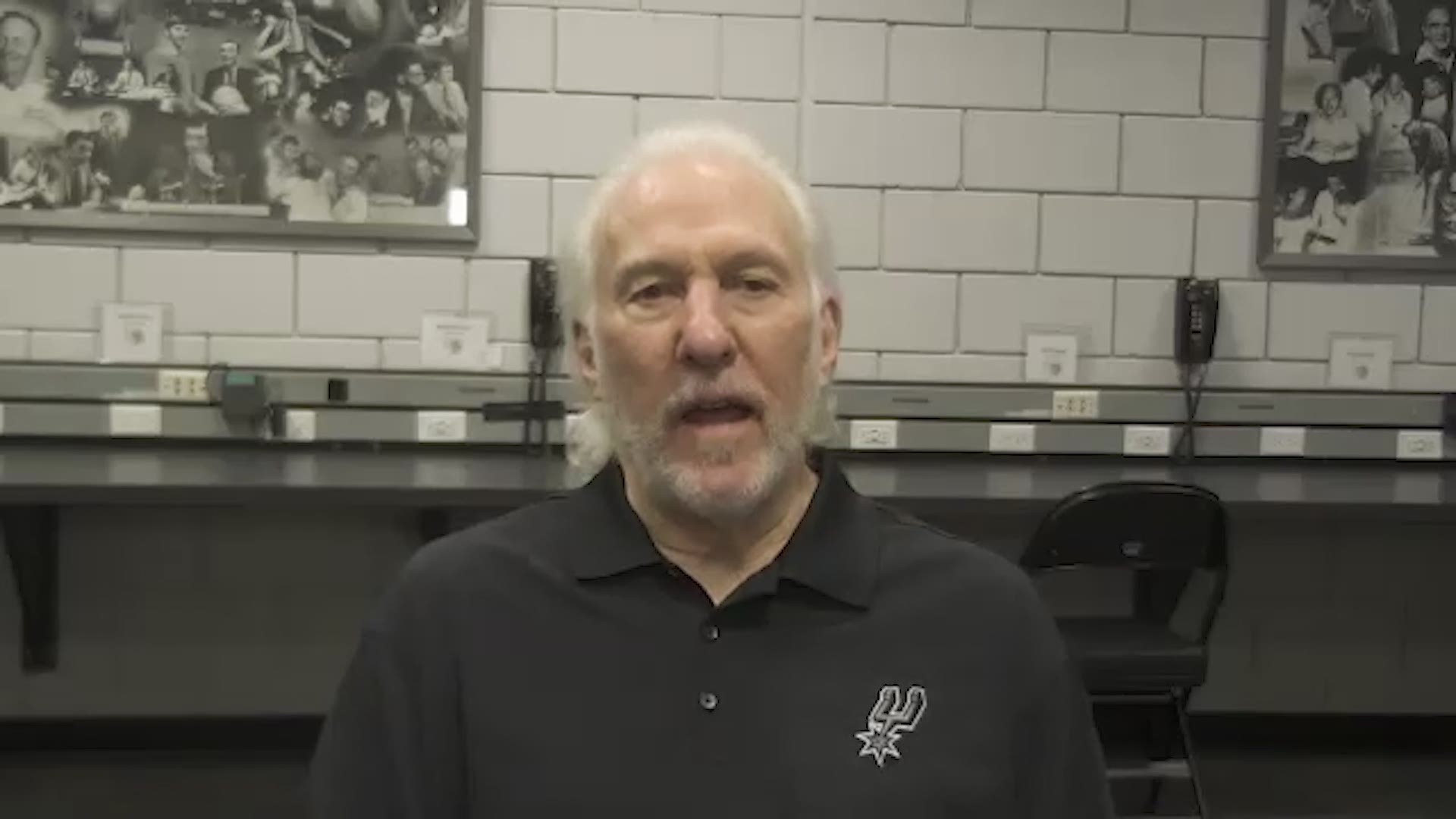 SAN ANTONIO — Before a game against the Portland Trailblazers on Martin Luther King Day, Spurs coach Gregg Popovich reflected on the legacy of a man he called a modern founding father and the conscience of the country.

Pop said that he'd spent some time thinking about how Dr. King would feel about the events of today. He said that seeing the continued attacks on Black bodies and Confederate flags in the Capitol would surely upset him, but the progress in his home-state of Georgia and across the country would give him some calm, and maybe some pride.

Below are Popovich's remarks in full:

"He was such an iconic figure, and remains so to this day for so many reasons that most of us know and cherish. He's basically like a modern founding father in a sense, he's been like the conscience of the country in trying to seek equal justice and equality for everyone, really, and of course for the Black population which has been so egregiously downtrodden for so many centuries.

It's kind of a sad-happy deal if you think about him personally and what he'd be thinking today. I thought about t a little bit, and you can't get in somebody else's head, who would even try with someone as iconic as him to figure out how many different ideas he had.

But I think he would be pretty sad to think about over 50 years ago all the work he did for voting rights, and to see especially this administration has trampled that, tried to fight it back, try to cut it and demolish it.

He'd have to witness the savage attacks on Black bodies that we've seen, that have not stopped, even become more blatant, that would sadden him.

To see the Capitol being stormed with white supremacists getting a free pass as they exhibit their white privilege, Confederate flags in the Capitol, that would be a difficult time for him.

At the same time, I think that what makes him special is his consistent perseverance to try to make white people understand what they're doing by continuing this ignorance. That perseverance along with his hopefulness astounds me.

I think he would smile if he was able to see Rev. Warnock be the first Black man to be elected (as a Senator from Georgia). To see the state turn blue with efforts of all the organizations, and Stacey Abrams, and that sort of thing.

I think he would feel a sense of some calm, maybe some pride in that we were able to go through what we went through for four years, to see how it culminated in the Capitol uprising, and know that that same country has elected a man who is decent, just plain decent, which gives us a chance to be a country.

For all those reasons this man, complicated as he was, driven as he was for justice, needs to be honored today."