Astros third baseman Alex Bregman says he thinks James is role model and that he was embarrassed by the president's tweet. 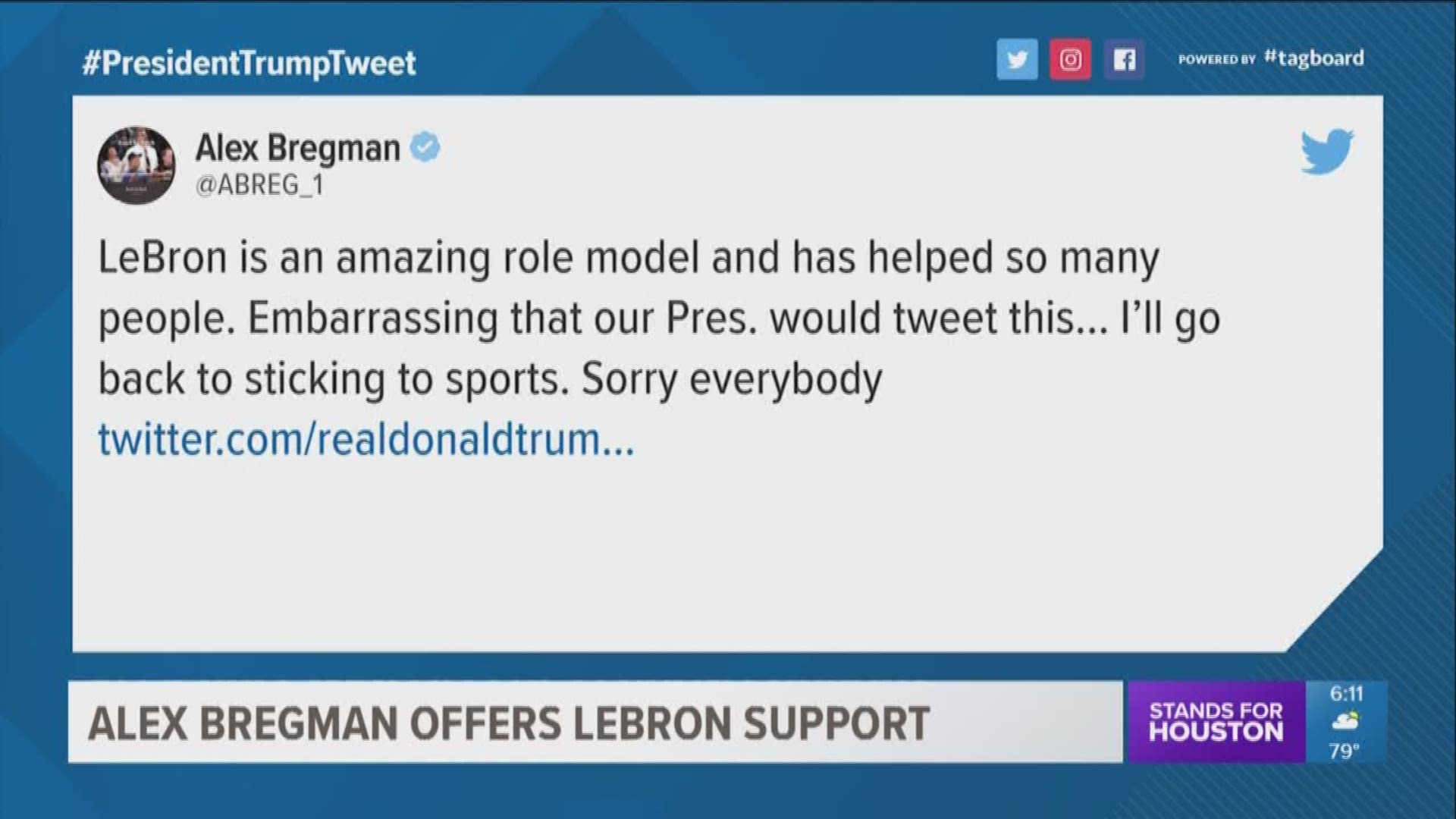 HOUSTON – A Houston Astro is now speaking his mind on the dispute between President Donald Trump and NBA star LeBron James.

Astros third baseman Alex Bregman says he thinks James is role model and that he was embarrassed by the president’s tweet.

“LeBron is an amazing role model and has helped so many people. Embarrassing that our Pres. would tweet this... I’ll go back to sticking to sports. Sorry everybody,” Bregman tweeted Saturday.

LeBron is an amazing role model and has helped so many people. Embarrassing that our Pres. would tweet this... I’ll go back to sticking to sports. Sorry everybody https://t.co/Yy8aniHHHQ

Trump bashed James in a tweet Friday night saying that CNN’s Don Lemon is the “dumbest man on television” and that he made James “look smart.” The president also said he preferred Michael Jordan.

Lebron James was just interviewed by the dumbest man on television, Don Lemon. He made Lebron look smart, which isn’t easy to do. I like Mike!

The president’s response came after James said in the interview that Trump was "using sports to kinda divide us, and that's something that I can't relate to."

Jordan expressed his support for James on Saturday.

"I support L.J.," Jordan told NBC News through his spokesperson on Saturday. "He's doing an amazing job for his community."

Here is some of the response to Bregman’s tweet:

This why Bregs is 🐐

You’re an outstanding athlete as is Lebron. But the President hasn’t been going out of his way to bash everything lebron does as lebron has done to him. Why is it okay for him to bash the President but not the other way around?

I just don’t understand this, If Lebron is such a role model does that make it ok for him to attack the President? The President responds and he’s embarrassing? Yes please stick to sports, maybe then you won’t embarrass yourself. The Lib nonsense just never ends.

LBJ’s a private citizen, Trump is the president. It’s beneath his office to be that petty and small. btw, on what planet is a man who grew up in poverty, made millions being the best in his profession, then turned around and gave millions back to his community not a role model?

Thank you for not sticking to sports.