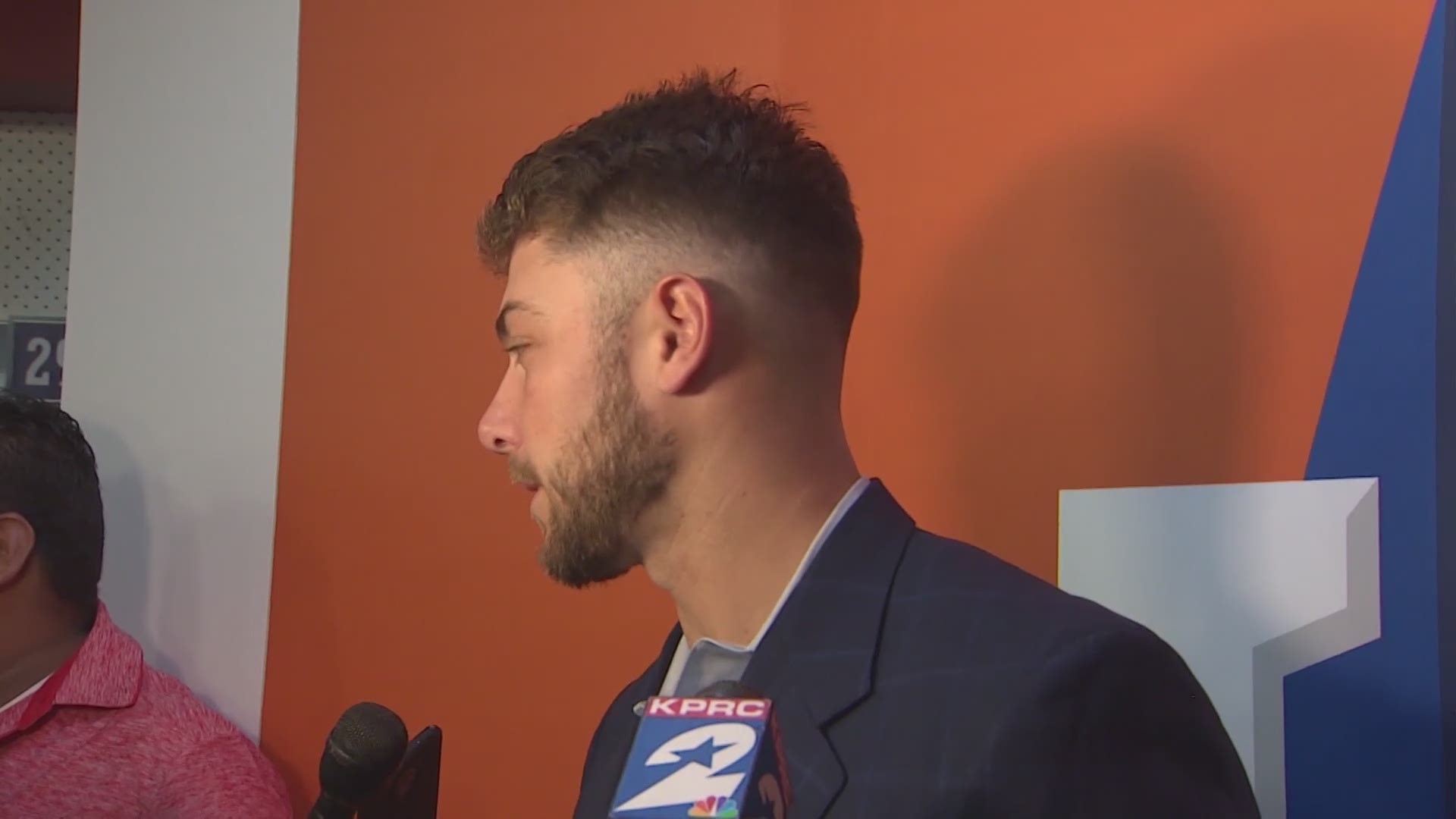 HOUSTON — The moment Corbin Martin had waited for since he began playing baseball as a child occurred on the Round Rock Express trip back to Austin from Omaha, Nebraska.

Martin was told he will start on Mother's Day against the Texas Rangers opposed to Astros pitcher, Collin McHugh.

Excitement, nervous and grateful sums up the emotions the 23-year-old pitcher felt, but that's half the story.

This was a return home for Martin. A native of Cypress, Texas, Martin grew up attending Astros games.

His grandmother and mother would take him to games. What a fitting day to make his big league debut on Mother's Day.

Forrest Whitley may become an Astro sooner than later

It was an emotional day for his family, including his 87-year-old grandmother Barbara Gay. All were in attendance at Minute Maid Park.

"Nothing can beat this," Gay told Brian McTaggart, the Astros beat writer for the Houston Chronicle.

As for Martin's debut. He admitted he was full of nerves when took the mound to face the Texas Rangers.

It was a solid debut for Martin. He only allowed two runs on three hits and struck out nine Texas Rangers.

The Astros bats were alive and well and they provided Corbin more than enough run support. There were 15 runs on 18 hits in the 15-5 win, which resulted in a win in Corbin's first debut on the big stage.

Afterward, Martin soaked it all in and discussed the experience and the magnitude of it all. He's a hometown guy who performed in front of his family at Minute Maid Park, in particular, his grandmother.

"She's got a 21-year-old heart, I'll tell you that," said Martin. "She's amazing. She's pretty much been to every one of my games since I was a kid. She's definitely my biggest fan. Her and my mom and my family were here. It was just special."

Martin contributed to a four-game sweeping of their in-state rival and improved to 25-15 overall as a team.

In his college years, Martin played for Texas A&M.