Both of the boys are now in the custody of Texas Child Protective Services. 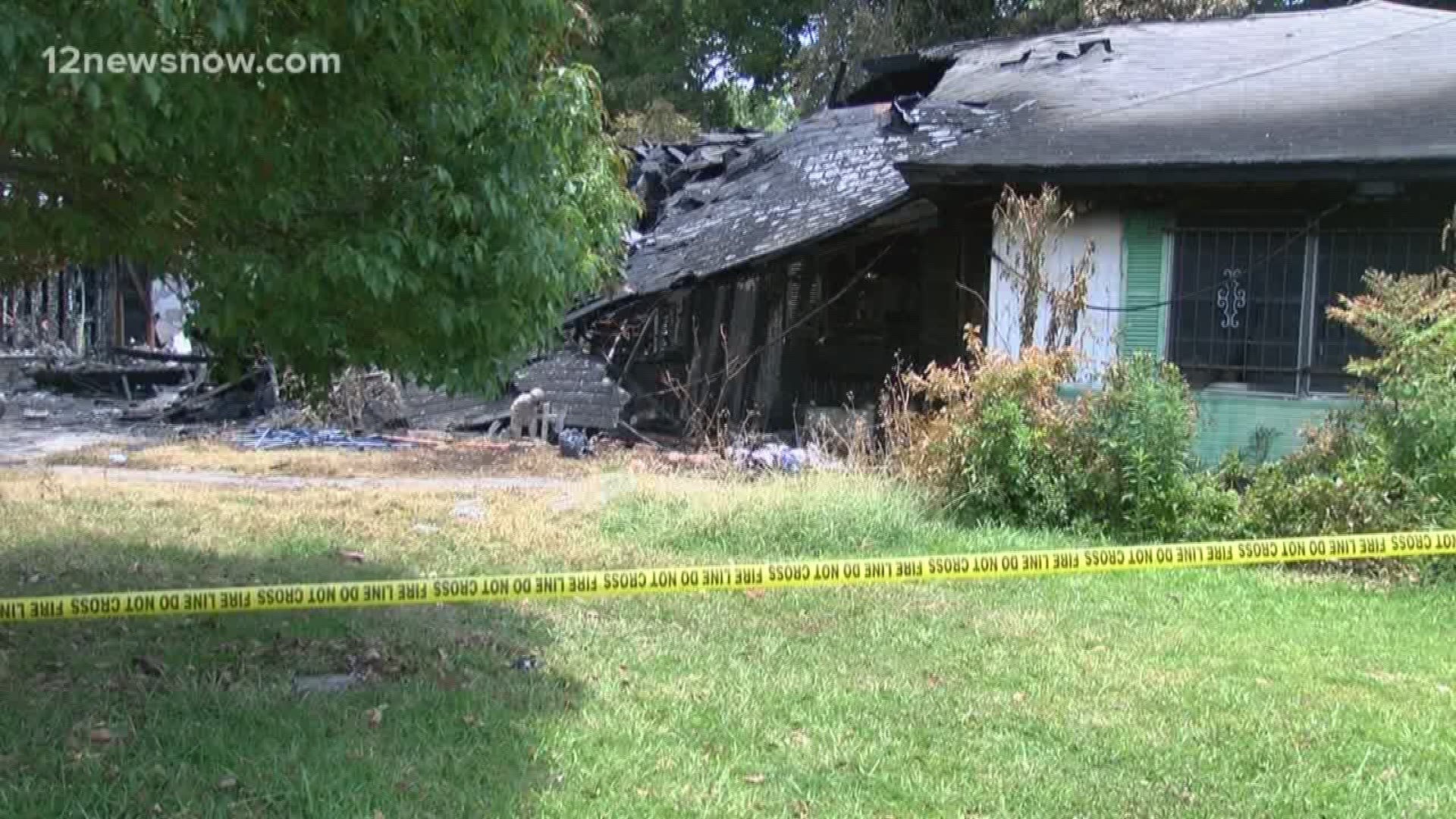 GROVES — A quadriplegic 12-year-old boy and his 11-year-old brother were left home alone the night a fire destroyed their Groves home this week.

The 11-year-old boy is now in foster care while his older brother remains in stable condition at Shriners Hospitals for Children in Galveston according to Pulliam.

The boys lived in the home with their mother and step-father Pulliam told 12News.

The 11-year-old escaped the fire and told dispatch his brother was still trapped in the home. Grove Fire Chief Dale Jackson says the boy helped them locate his brother.

"The one other child was on the phone with 911 central dispatch and relaying information to them that his brother was in the house and that's how we were picking up that there was another child in there and where the location was,"

A Groves officer who was one of the first on the scene attempted to get to the 12-year-old boy through a window but was unable to because the window was covered by burglar bars.

A pair of Groves firefighters, Darron Marsh and Josh Hidalgo, then charged into the blazing home and rescued the 12-year-old quadriplegic boy.

Based on information provided by his brother, Marsh and Hidalgo were able to find the boy a release from the Groves Fire Department said.

A video released Thursday afternoon by the Groves Fire Department shows Marsh and Hidalgo entering the structure, which appeared to be covered in flames, then shows them exiting the house carrying the boy.

Chief Jackson says the Captain on duty was getting in the process of pulling Marsh and Hidalgo out of the fire because the structure was starting to collapse, Later he learned the two had turned down there radio so they could hear the child calling for help, jeopardizing their own safety to complete the rescue.

Time coding on the video showed that Marsh and Hidalgo were in the blazing structure for more than five minutes before they emerged from what appeared to be a curtain of flames.

Assistant fire chief Kelley Moore says burglar bars are against fire code, because they obstruct first responders from entering the home. If you have them in your home, he suggests making sure they can be unlocked from the inside.