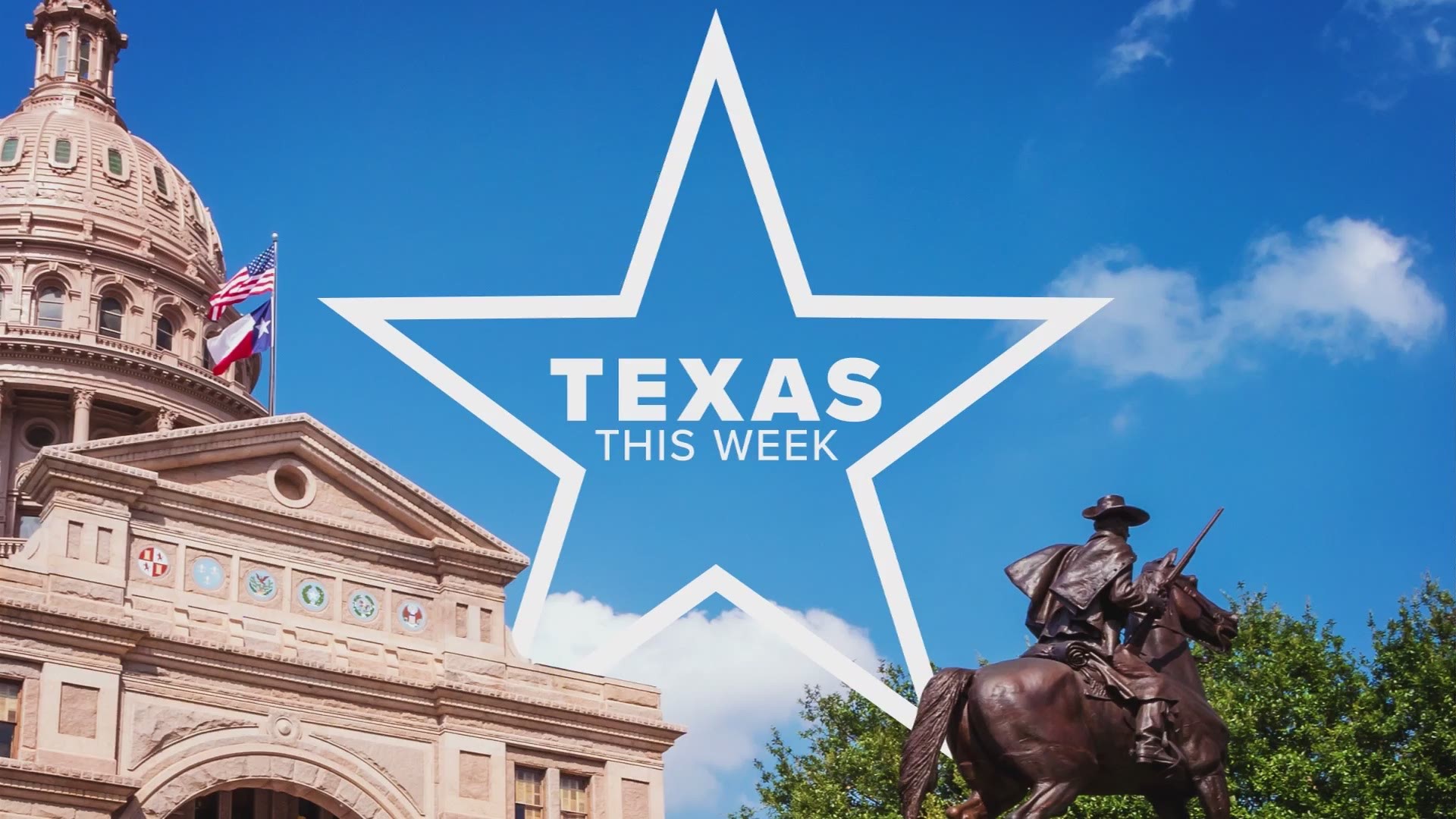 The House passed its version of the Born Alive Infant Protection Act. House Bill 16 requires a physician provide appropriate medical treatment to a baby who survives an attempted abortion, creates a third-degree felony offense for providers who don't and establishes a $100,000 civil penalty. The Senate already passed similar legislation.

The Texas Senate also voted out its property tax reform bill. Senate Bill 2 reduces the how much the entities that tax you can increase rates without the possibility of an election. It's called the rollback rate and currently it's 8 percent. The bill makes it 3.5 percent for cities, counties and other taxing districts and 2.5 percent for school districts. If taxing entities try to raise property taxes by that much or more, it automatically triggers an election to approve the rate.

Gov. Greg Abbott talked with Ashley Goudeau about his plan to further lower taxes if Senate Bill 2 or the House version of the bill, House Bill 2, becomes law.

Ashley Goudeau: Good afternoon governor. Thank you so much for joining us today.

Goudeau: Let's talk a little bit about your sales tax proposal to increase the sales tax by one cent in order to buy down property taxes. Explain for our viewers, how would this work?

Gov. Abbott: "Well see, there are three parts of the puzzle that fit together to ensure that we will deliver property tax relief for people across the state of Texas. One part was passed out of the Senate yesterday that caps and limits the ability of local authorities to raise your taxes on your property. The second would be to reduce property taxes. One way to actually reduce the amount that you pay in property taxes is for the state of Texas to buy down your property tax rates by 15 percent or more. One way to do that would be what's called a sales tax swap where a sales tax would be raised by one penny and have that money dedicated to buying down your property tax rates by 15 percent or more. We would only do that if that money was absolutely dedicated for the purpose of property tax relief. But then on top of that, Ashley, we also must have appraisal reform so that we can prevent these sky-rocketing property appraisals that lead to sky-rocketing property taxes."

Goudeau: This idea of increasing the sales tax by one cent is facing some push-back from Democrats and critics who say this would impact poorer Texans more than wealthier Texans because a larger portion of their income goes towards paying sales tax. What do you say to those critics?

Gov. Abbott: "They really need to understand more about the math of how poorer people at the lower income level, residents, are in the state of Texas. Because for them, like for most people, a large percentage of what they use their money on every month is either paying their mortgage or paying for rent. Remember, if you're the tenant of an apartment or renter of a house, part of what you pay goes to the cost of property taxes. Landlords have to pay that property tax. Landlords increase rent because property taxes are going up. That means whatever income level you're at, you're paying for property taxes. But Ashley there's something else to understand, and that is a sales tax is better in this regard because it means that people from outside the state of Texas who are visiting here, who are coming here to work on a temporary basis, they're paying to the state of Texas sales tax that is used to decrease our property tax. It's a way of spreading the tax responsibility."

Goudeau: Now as you mentioned, this will only be on the table if some version of the property tax reform bill passes, whether that be HB 2 or SB 2. The Senate passed its version. It was a little different than what you introduced with Speaker Bonnen and Lieutenant-Governor Dan Patrick in that it decreases or it decreases the rate to 3.5 percent for most taxing entities, 2.5 percent for school districts. Talk to us about your thoughts about what the Senate passed.

Goudeau: The House version of this bill is a little bit different. It carves out a lot of districts, including school districts from that 2.5 percent trigger. Is that going to work for you?

Gov. Abbott: "Well what's important is for the House to have a robust debate and for the House of Representatives to pass out the proposal of the bill that they think is best for their particular body. And then it goes into what's called a conference committee where conferees from both the House and Senate will work out all the details. I think it's just important right now for the House to continue to move the process along and for us as an entire state, Republicans, Democrats, members of the House and Senate, all work together to deliver the best and strongest property tax relief possible. Because all your viewers are fed up with sky-rocketing property taxes."

Goudeau: Members of the House say they have built in some property tax relief in their school finance reform bill, House Bill 3, which reduces school district taxes by four cents for every $100 of taxable value on someone's property tax bill. What are your ideas on that portion of House Bill 3 and House Bill 3 overall?

Gov. Abbott: "Well House Bill 3 overall does a great job. It's important for everybody to know, both the House and Senate are working delivering about $6 billion in additional funds for our schools, for education, especially devoting to strategies that ensure that our students are achieving more. But on top of that, what the House bill does, what you were talking about, it provides a four-cent buy-down of your property tax rates. So that is a start toward the proposal that I'm talking about. What I would prefer is buying down your property tax rates even more, delivering you the ability to say that your property taxes have actually gone down the year after this all passes."

Goudeau: Early on we heard that this would be the session of meat and potato issues -- addressing property tax reform, addressing school finance. We've got a little more than a month left. Governor are you confident that these things are going to be done before May 27?

Gov. Abbott: "You know, I really am. We're seeing all the pieces of the puzzle come together. I realize people want to, they're anxious to see things happen fast, but its' important that we get things right. And the way things are working out right now, we're getting them right with a terrific bill passed out of the Senate yesterday. I know the House is working very hard to do more. They, the House passed out a terrific school finance package.The Senate will pass theirs out this week or next. And so all the pieces are beginning to move and line up in the right place so that I think we can finish this session on time, delivering historic results for the state of Texas and school finance reform and property tax reform."

In this week's The Last Word, Ashley weighs in on the dueling press conferences held by Democratic and Republican Senators on the situation at the Texas-Mexico border.