With two months left in the Texas Legislative Session, lawmakers are picking up the pace to send bills to the neighboring chamber. 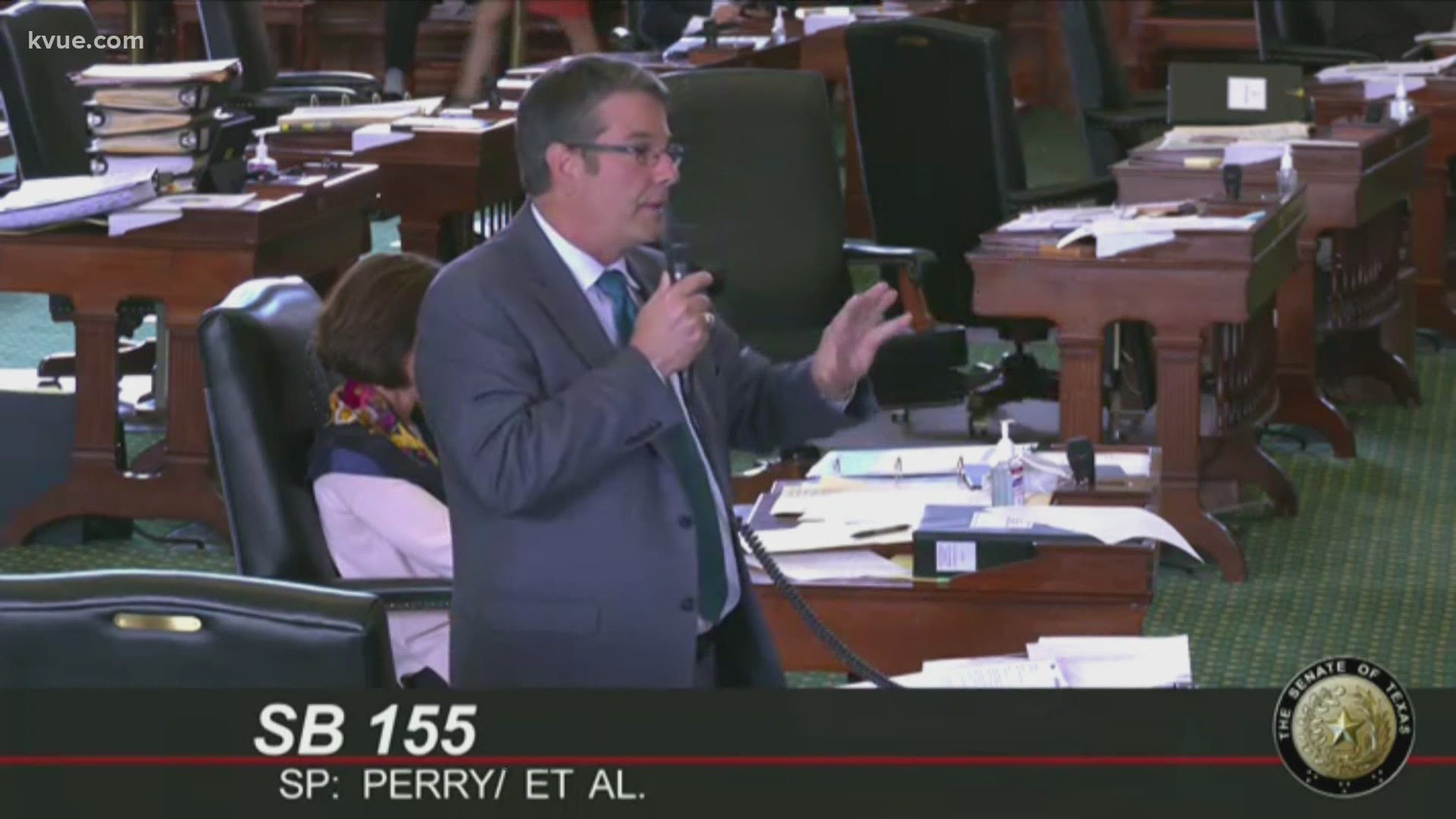 AUSTIN, Texas — The pace inside the Texas Capitol is picking up.

On Wednesday, the members of the House of Representatives gave final approval to a group of bills to address the energy crisis caused by Winter Storm Uri, including House Bill 10 that ensures the board members of the Public Utility Commission (PUC) and Electric Reliability Council of Texas (ERCOT) live in Texas.

Lawmakers also passed House Bill 1,1 which requires the PUC to set a rule that power generators weatherize equipment so that it can withstand winter storms.

In an effort to fight human trafficking, the members of the House also passed House Bill 390, which requires staff training on how to spot human trafficking for workers at hotels, motels and inns with 10 or more rooms.

The members of the Texas Senate also passed numerous bills Wednesday. Among the bills passed was one of Go. Greg Abbott's emergency items – expanding broadband.

"Expanding broadband across Texas has long been my goal and the challenges posed by the COVID-19 pandemic made expanding our broadband infrastructure even more urgent. Broadband is essential to bridge the digital divide across our state, grow our thriving economy and ensure that Texas remains the best place to live, work and raise a family. I congratulate Senators Nichols, Hancock, Perry and West for passing this critical bill."

Lawmakers are also trying to stop the hiring of officers who get in trouble in one department then resign and are hired by another agency. Senate Bill 24 requires law enforcement agencies to review the past conduct of officers before hiring them and certify that they reviewed files with the Texas Commission on Law Enforcement. The heads of departments can lose their licenses if they fail to follow through with the review and certification.

Members also passed Senate Bill 30 to allow discriminatory language in property deeds and restrictions to be removed. All of the senators signed on to sponsor the bill and Lt. Gov. Patrick made the bill one of his top priorities for the session.

After it passed, Patrick released a statement on the bill, writing:

"I want to congratulate Sen. West on the unanimous passage of SB 30, one of my top priority bills. Removing the racist language found on many deeds in Texas is the right thing to do and I am proud that the Senate has taken action to correct this offensive language. I look forward to seeing this bill signed into law."

But not all bills passed with unanimous support. After much debate, the senators passed Senate Bill 155, which requires the attorney general to review the lists of non-citizen and non-residents in relation to the voter rolls quarterly and allows the AG to investigate voters who opt out of a jury duty summons because they do not live the county where they are summoned. The Senate will have to take another vote on the bill before it moves to the House for consideration.

Bills restricting abortion, including one that bans procedure as early as six weeks, gets Texas Senate OK

The Senate also passed Senate Bill 650 to prohibit local governments from providing logistical support to a woman seeking an abortion.

Senators also passed Senate Bill 930, which makes information about the spread of a communicable disease inside a nursing home public. As the COVID-19 pandemic ravaged Texas, nursing homes failed to give families, the public and the media information about the spread of the virus inside facilities. KVUE News led an effort to have the Texas Attorney General weigh in and he ultimately required the release of that information, but this bill will put it in the law.

Wednesday evening, the Senate started debating Senate Bill 7, a controversial voting bill that aims to do numerous things, including creating a paper trail for ballots, allow voters to track their mail-in ballots, limit late-night voting and ban drive-thru voting. You can watch the debate on the bill here.