Therese "Patricia" Okoumou was charged with trespassing after a "dangerous" protest stunt aimed at a contractor that houses detained immigrant children. 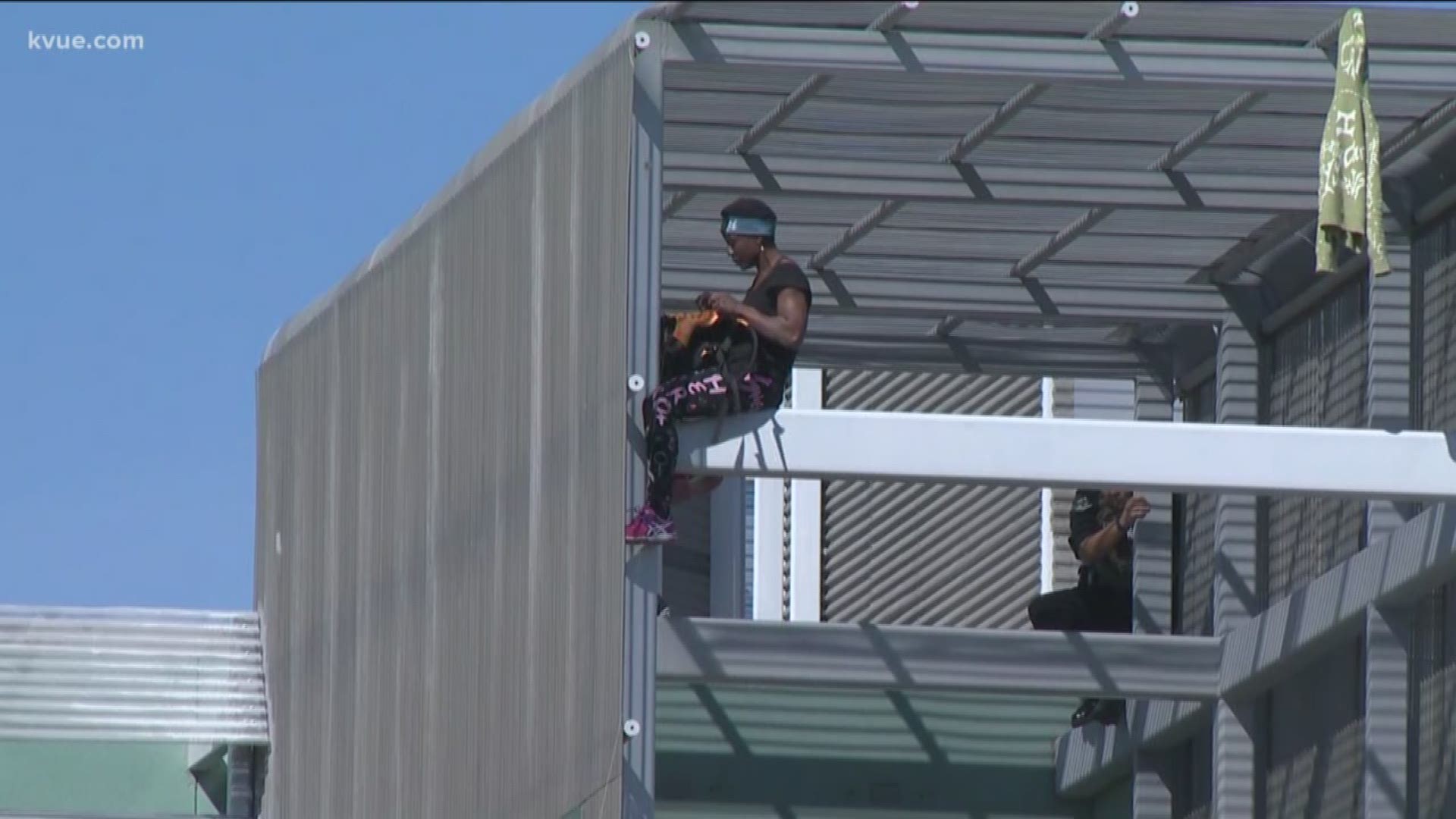 AUSTIN, Texas — After approximately eight hours perched atop the Southwest Key building, a protester finally came back to ground level and into police custody Wednesday night.

The woman, who garnered national attention in July 2018 by climbing the Statue of Liberty as part of an immigration protest, was spotted in Austin on Wednesday performing another protest.

Therese "Patricia" Okoumou, 44, climbed Austin's Southwest Key building surrounded by police and EMS officials. Seventy officers were on the scene throughout the day, straining police resources in the area.

Southwest Key is a local contractor that houses immigrant children who are detained at the border.

The Austin nonprofit organization has been under scrutiny over its shelters, and local groups have held protests there in the past.

Negotiators talked and waited for hours with Okoumou, who was five stories off the ground with no ropes and trees under her, Lt. Frank Rodriguez told KVUE. She was chanting "free the children."

Lt. Rodriguez said the woman was carrying a backpack and banners. A friend of Okoumou's earlier told KVUE she prepared enough rations to stay up there for two days.

"We asked her to get in the ladder with us," said officer Bino Cadenas. "She refused, so she started climbing down. When she got to approximately 15 feet she jumped and she landed on her feet and then fell backwards."

Officer Cadenas said Okoumou was taken to the hospital as a precaution before being cleared with no injuries. She was charged with trespassing and taken to the Travis County Jail.

Police called her protest stunt, in which she was balanced on a three-foot-wide steel beam, "dangerous."

Her climb was live streamed online. 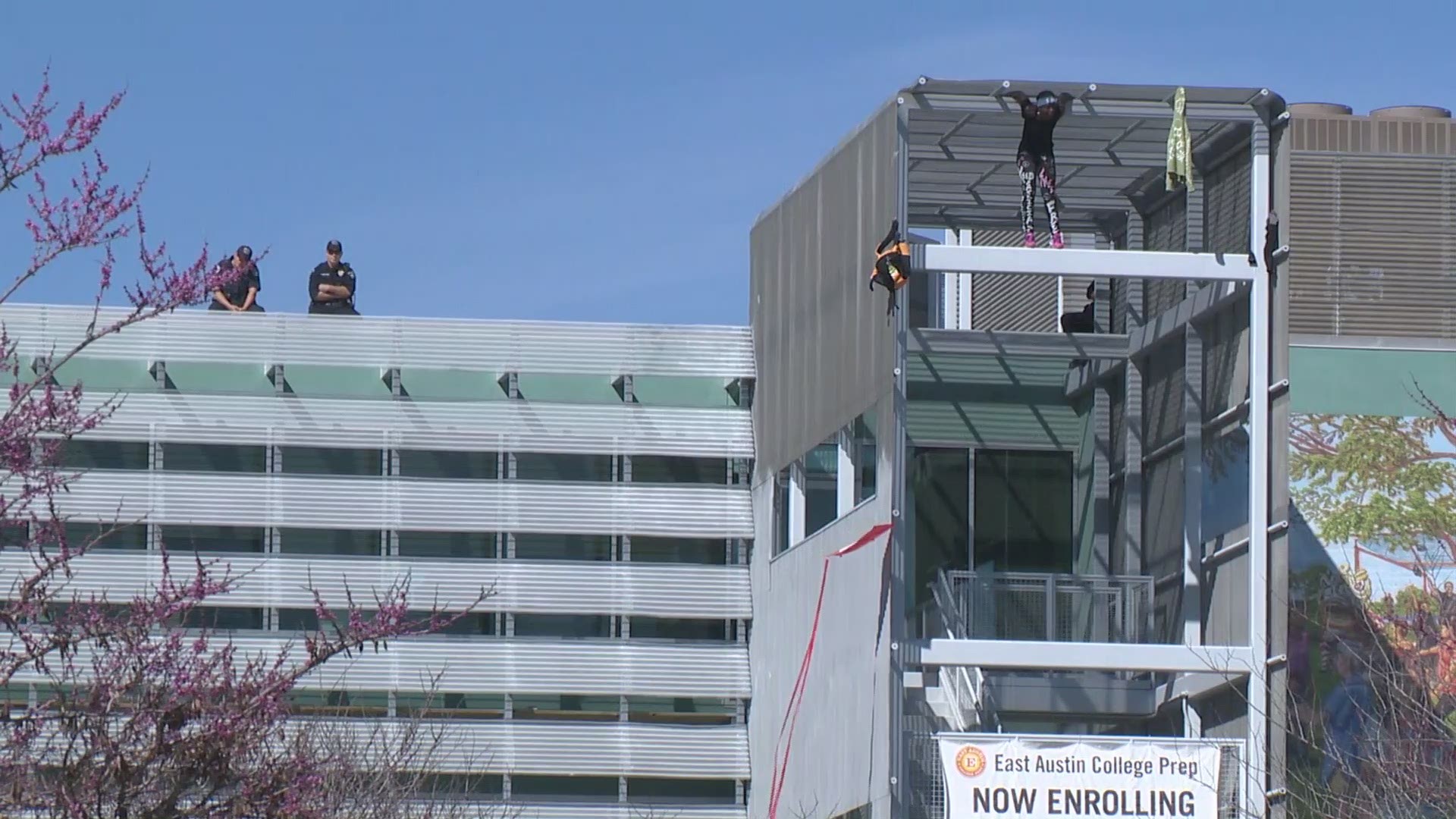 In our unaccompanied minor programs, our teachers, our clinicians our case managers, our social workers our staff, begin to work immediately once kids come into our programs to reunite them with their families and sponsors here in the U.S. Southwest Key will continue to drive towards its mission of opening doors to opportunity so that individuals can achieve their dreams.