Tax records indicate the charity Southwest Key received $242,595,551 in 2015. It spent nearly two-thirds of its budget on salaries. 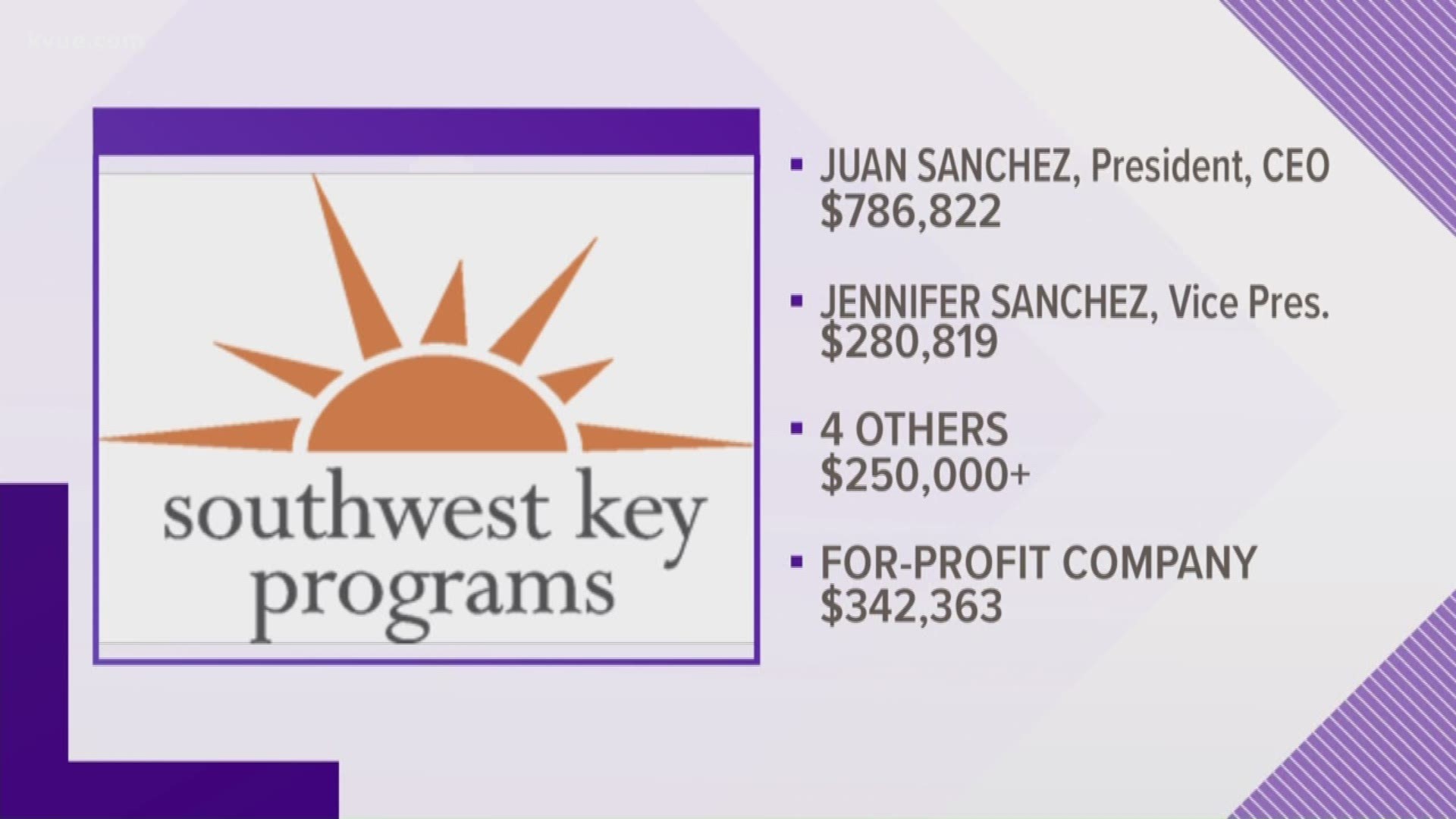 AUSTIN — After the New York Times called out the founder of Southwest Key for making millions off migrant children, Dr. Juan Sánchez says he will review how the company spends its money.

The charity houses and educates unaccompanied minors who crossed the border illegally.

Money to run the organization mostly comes from grants and government contracts.

Southwest Key 2016 by kvuenews on Scribd

His wife, Jennifer Sánchez, made $280,819 in 2015. Records show she is the vice-president of Community Engagement.

Southwest Key took in more than 30,156 Unaccompanied Minors in 2016. They worked with the Office of Refugee Resettlement to receive the children.

"I was disappointed that the article failed to show the number of lives we’ve changed with the significant number of reunifications and it failed to highlight the good work we do within our schools and our juvenile justice programs. However, the article, published yesterday [Dec. 2], brought forth a number of issues that are of concern to me.

As a result, I have asked our general counsel to work with our Board of Directors to retain independent outside legal counsel to conduct a comprehensive internal review of the issues outlined in the Times article, review and report to the board on improvements regarding our rules of governance and potential conflicts of interest. This firm will appoint an outside forensic accountant to conduct an independent, thorough review of our accounting and finances related to issues raised in the article.

As has been our practice, we will continue to cooperate with all audits and uphold our commitment to transparency. We will also seek to fulfill our mission to improve the lives of the kids and families we serve. This is the reason I founded Southwest Key, and it’s why it exists today."