A special unveiling took place Friday for Scranton native and President-elect Joe Biden right in front of his childhood home. 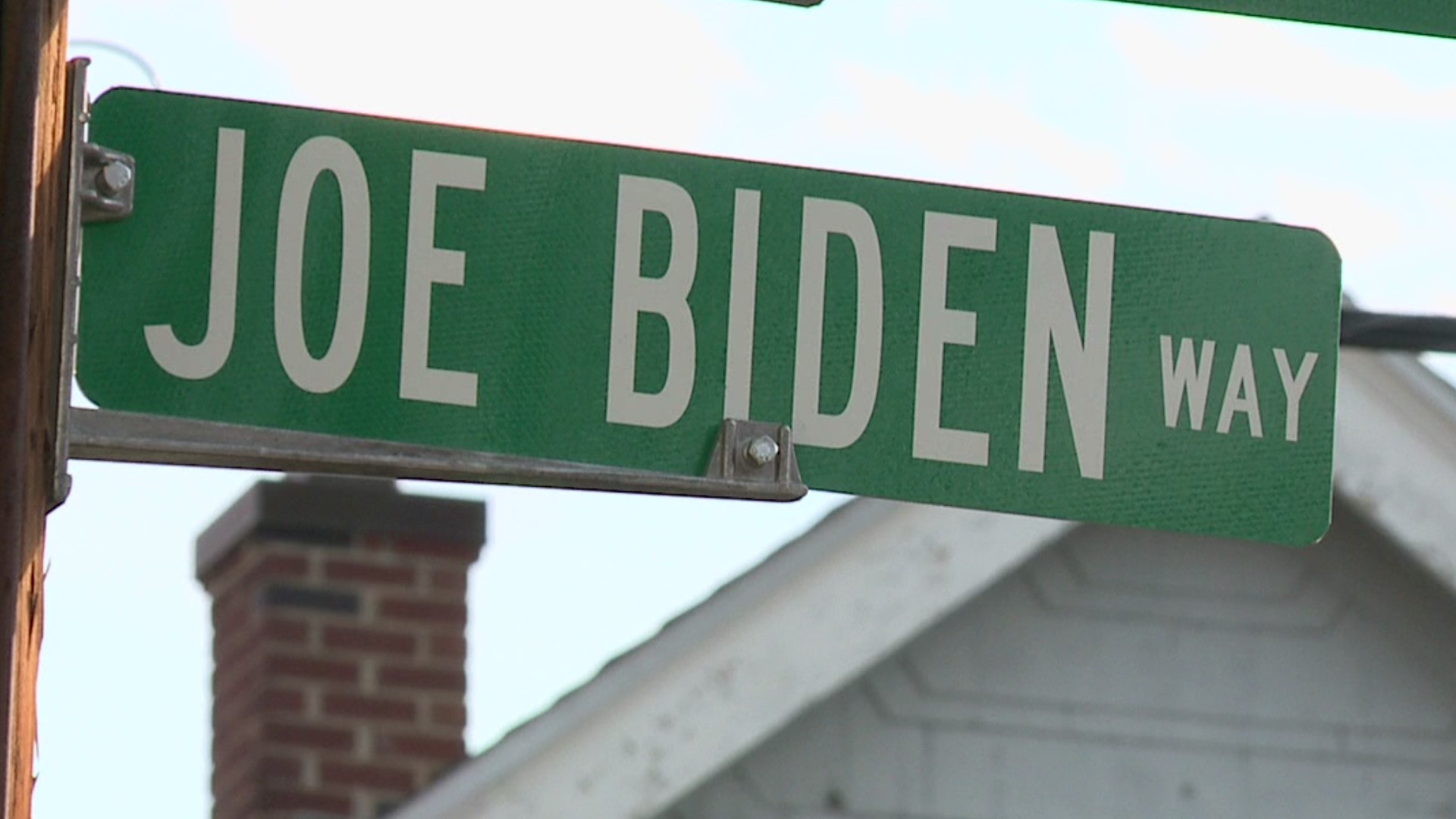 SCRANTON, Pa. — The busy intersection at the corner of Fisk Street and North Washington Avenue in the Green Ridge section of Scranton is about to get a whole lot busier.

A new street sign was put up to honor President-elect Joe Biden, steps away from his childhood home.

"I think having a president who's from Scranton is meaningful. We've been saying that for a long time, but now that we've had a couple of weeks for this to sink in, it's truly amazing to have a president of the United States. There are only 40-some odd cities in America who can boast that. Scranton, Pennsylvania is now one of them," said Scranton Mayor Paige Cognetti.

The street is now Joe Biden Way and honors the Scranton native's election as the 46th president of the United States and his original roots.

Those who attended the ceremony say they feel a sense of pride.

"He knows how proud of him we are, and it lifts the people of the city. We feel proud one of ours is the president of the United States," said former Scranton Mayor Jimmy Connors.

Others believe the sign gives hope of what a Joe Biden Way might mean for the United States.

"A way of peace, a way of truth, a way of unity, a way of beauty and life, and so let's hope that sign is a symbol of all that that means," said Sister Mary Persico, Marywood University president.

U.S. Senator Bob Casey, also a Scranton native, was in attendance. He believes there is a lot of work ahead, and Joe Biden is ready for it.

"So even as we celebrate today, and even as we express gratitude for all that will be ahead of us, we're also mindful about the difficult challenges ahead, but I know that Joe Biden is prepared to take on those most difficult of circumstances," Sen. Casey said.

From the crossroads of North Washington Avenue in Pennslyvania to Pennslyvania Avenue in Washington, folks here in Scranton want the president-elect to always remember that he is supported.