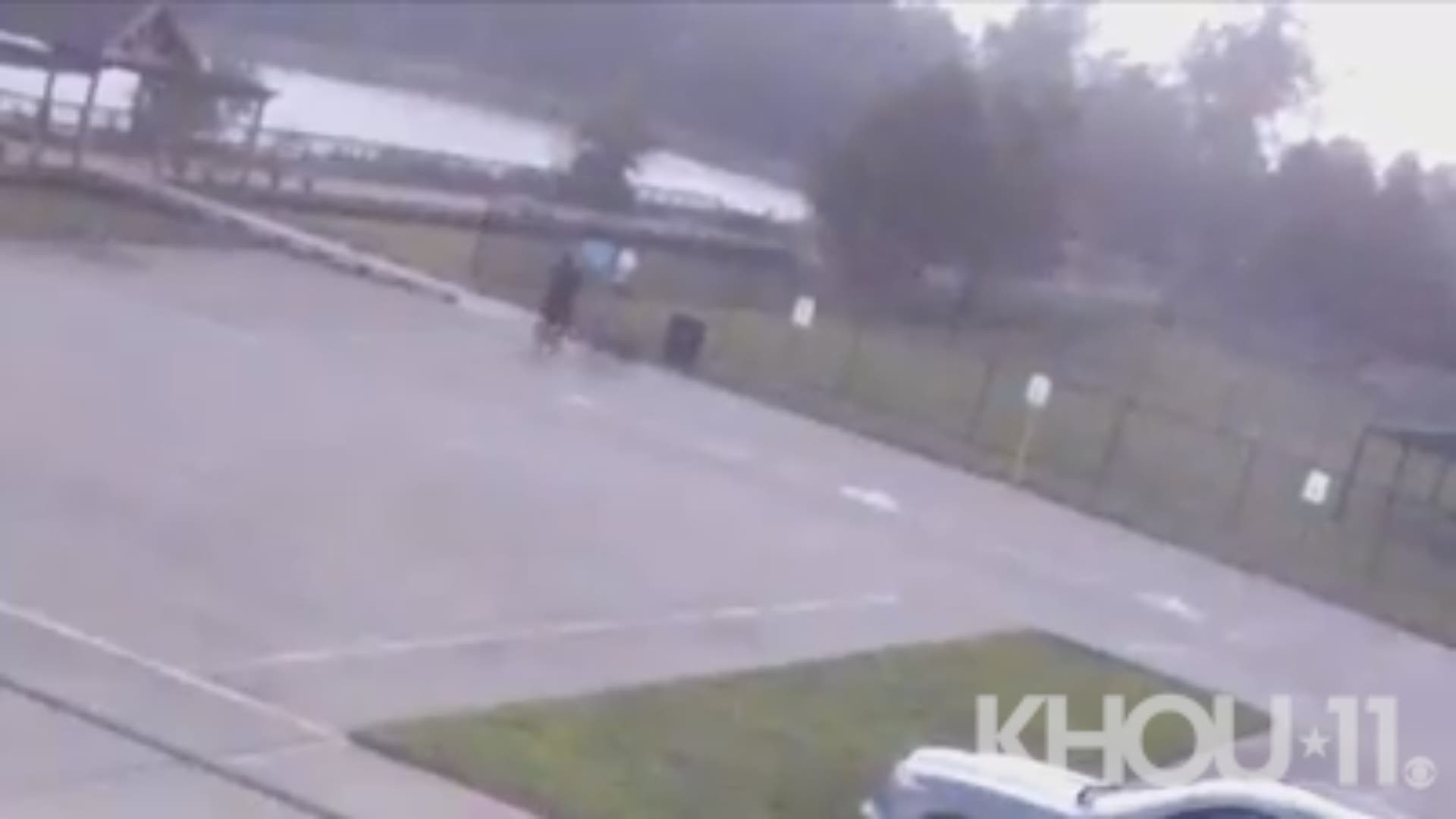 SPRING, Texas — A man was hospitalized Thursday night after he was apparently struck by lightning in Spring.

The incident happened on Stuebner Airline Road. Alex Coreas was walking his dogs out of Meyer Park Dog Park when he was struck. Surveillance video from nearby Stuebner Airline Veterinary Hospital caught the whole encounter.

A vet technician from the hospital found Coreas and immediately began CPR. Coreas was taken by Life Flight to Memorial Herman Hospital. He sustained "very serious injuries," according to a GoFundMe account, "but by the grace of God he is alive."

Coreas suffered fractured ribs, temporal bone behind his right ear, swollen eye, bruising, and muscle ruptures, according to the GoFundMe, which has had nearly $3,000 donated as of Friday night.

The Stuebner Airline Vet Clinic is holding a fundraiser for Coreas. The clinic said they will be donating $10 for each transaction and $10 for each microchip for his recovery.

Coreas' three dogs -- German Shepherd's named Sophie, Honey and Hazel -- ran into the woods after the incident but were found after a brief search with law enforcement officers and volunteers. 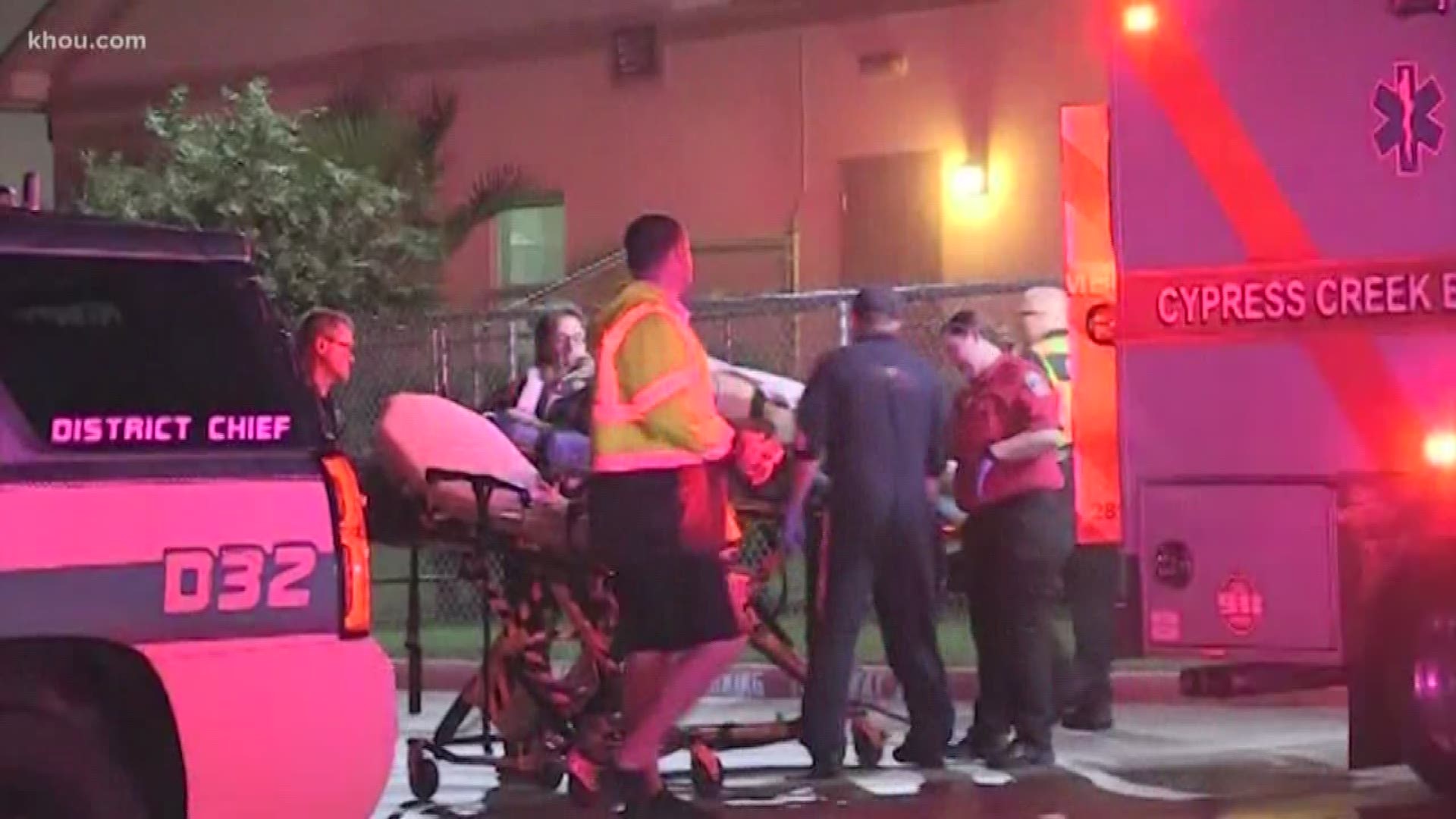