This isn't the first time wig snatchers have targeted Round Rock Beauty Supply. 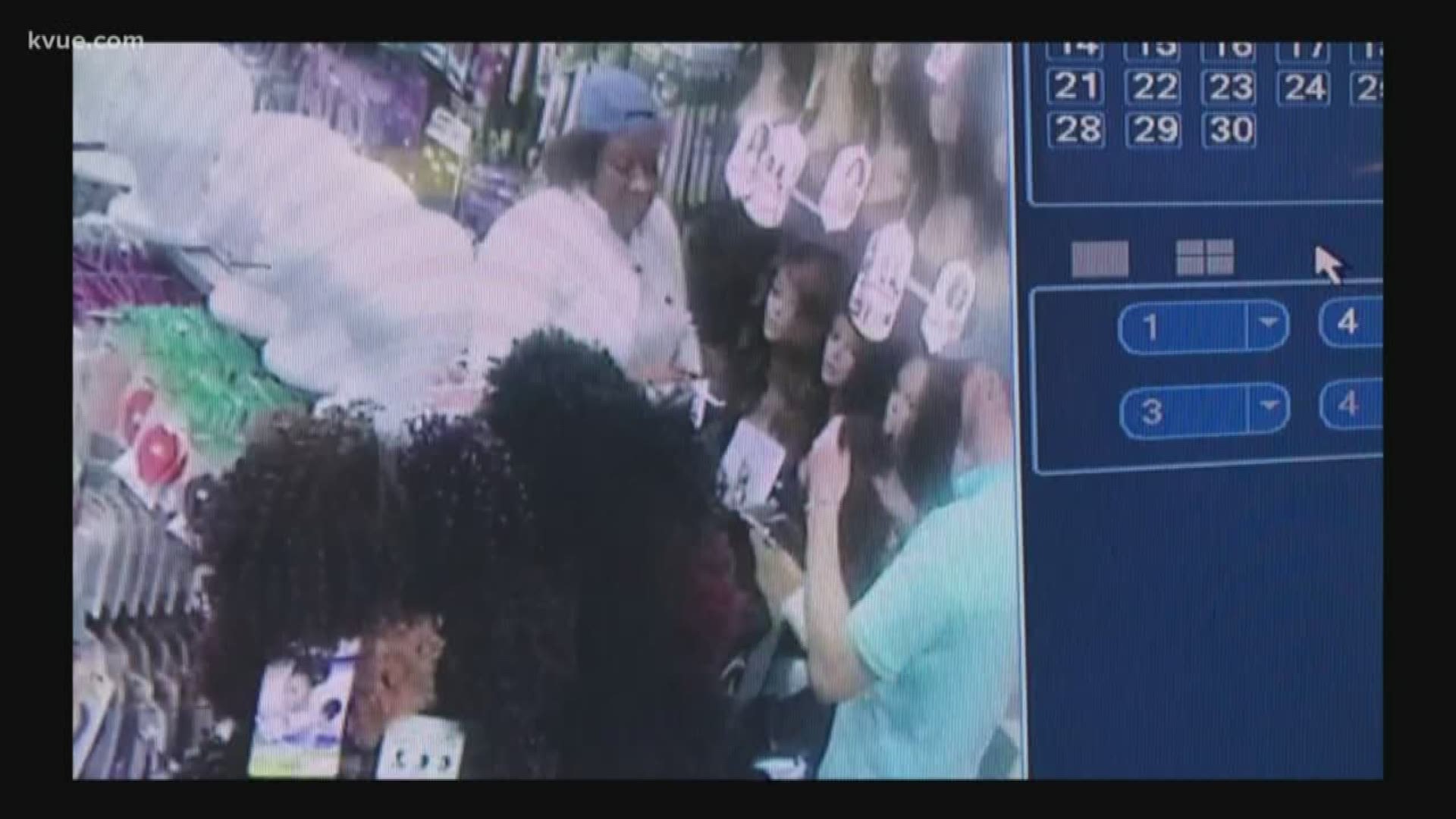 ROUND ROCK, Texas — Nearly a year after a video of a woman stealing three wigs from Round Rock Beauty Supply went viral, its owners are yet again sharing video of two other wig-snatching incidents as a deterrent to other thieves.

In one incident, which happened in early April, surveillance video shows a woman stuffing a wig inside her baby's stroller while the man pushing it places another wig on the now-bald mannequin.

"It's pretty unfortunate that someone with a baby in a carriage, an actual baby in there, would try and do something like this," co-owner Johnny Adams told KVUE. "But we just want to let people know the cameras do work."

Another video shows a woman holding a wig in her hand while looking at other wigs on the shelves and then stuffing the wig inside her shirt and under her armpit. 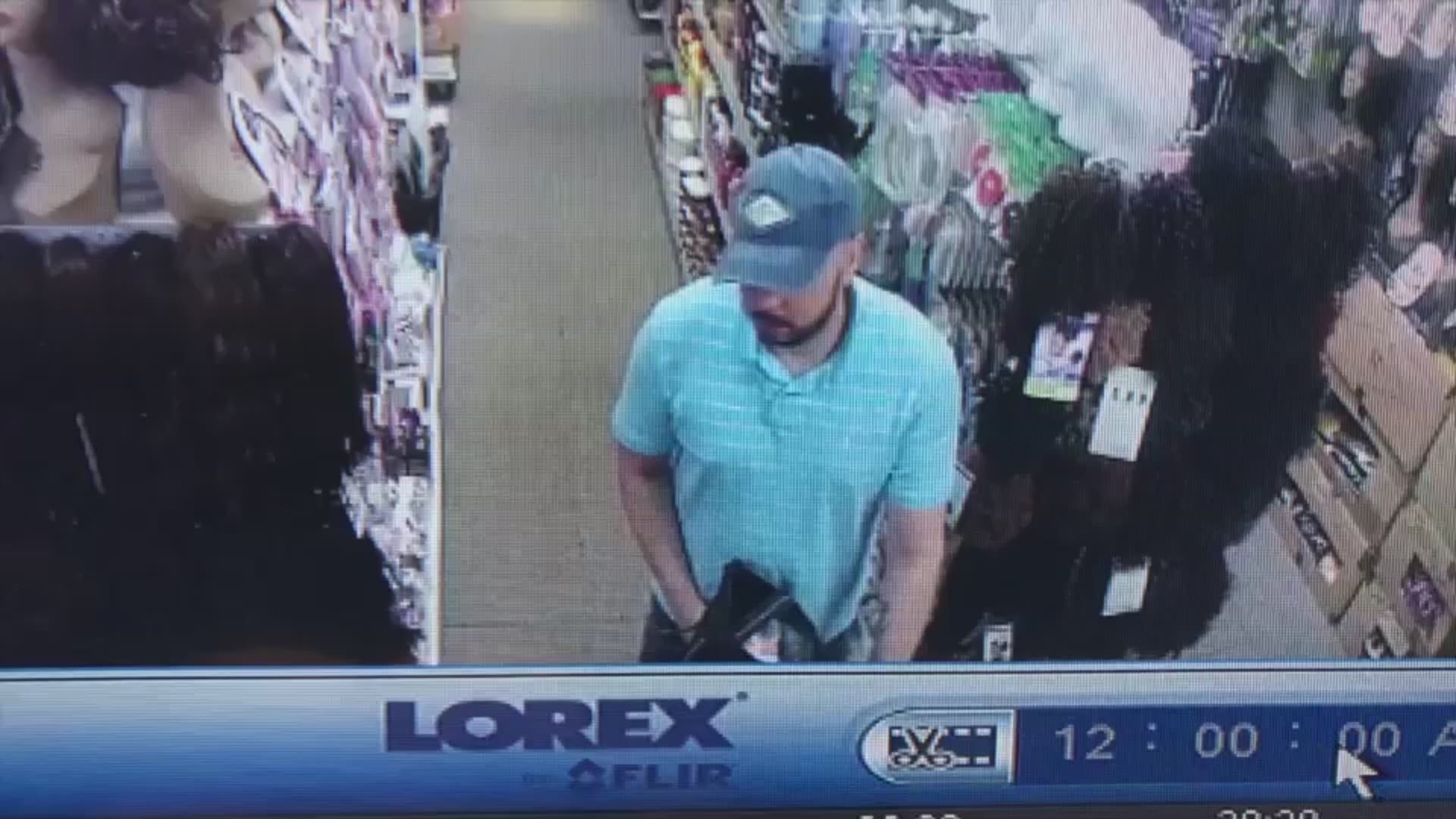 "We work hard for our money. This is a family-owned business, and we're not going to tolerate anyone stealing from us," Adams said.

In both cases, the store gave the alleged thieves 48 hours to return and/or pay for the stolen merchandise after posting the videos online. Neither of the wigs have been returned or paid for, so its owner filed police reports, Adams said.

The store, which is located on Palm Valley Boulevard and has multiple surveillance cameras, was also the target of a viral theft last May.