Police said they believed statements made by the infant’s parents were inconsistent with the observed injuries. 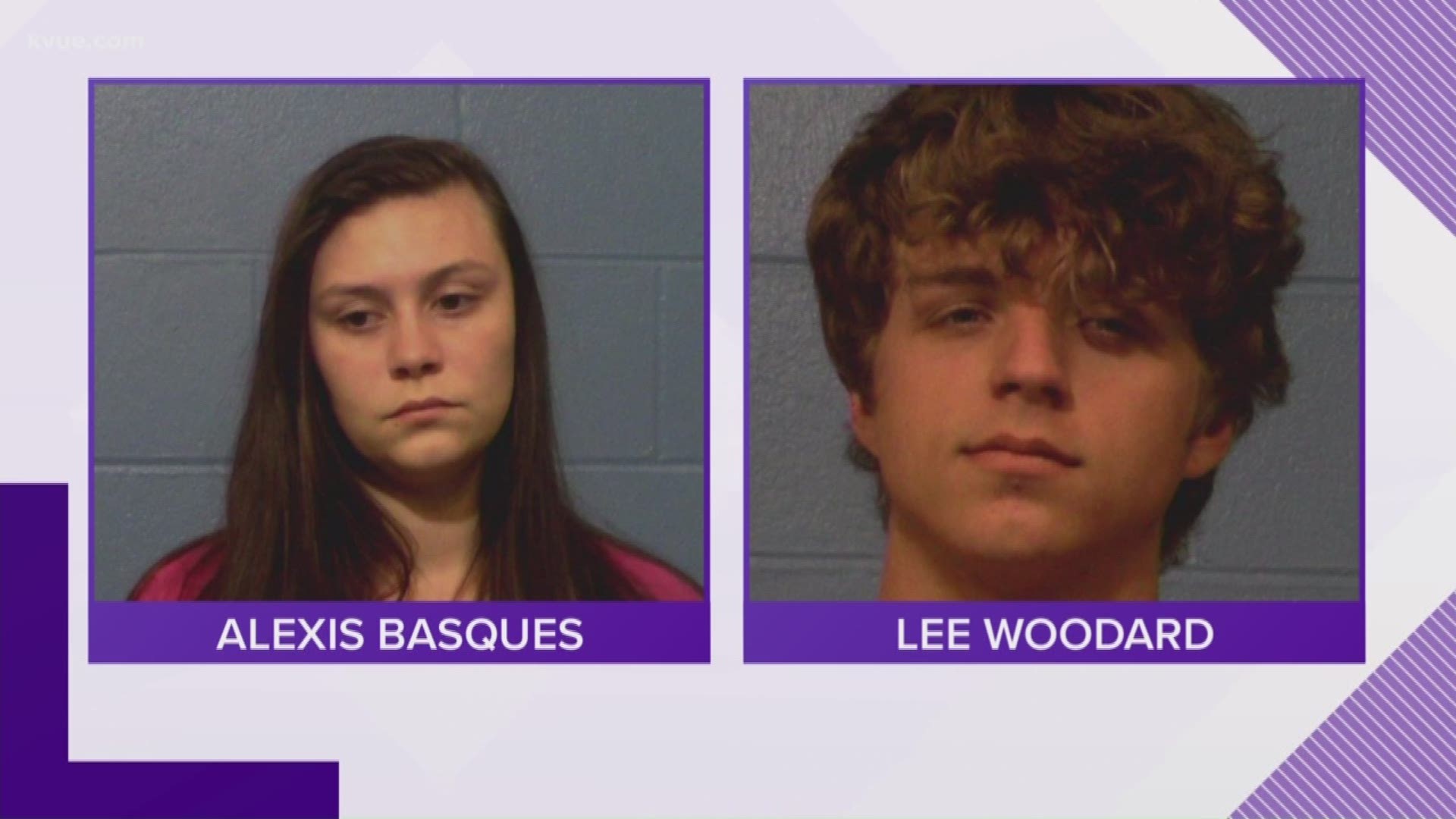 CEDAR PARK, Texas — Two people have been arrested in Cedar Park after a 7-week-old infant was hospitalized with extensive injuries.

EMS took the child to Dell Children’s Hospital on July 6, where doctors reported injuries including: multiple hemorrhages and bleeding in the brain; seizures; strokes; retinal hemorrhage in both eyes; and multiple bruising injuries in the chest abdomen, hip and tongue.

Police said they believed statements made by the infant’s parents were inconsistent with the observed injuries.

Lee Alan Woodard, 21, and Alexis Joan Basques, 21, were arrested on Friday in connection with the case.

Police said they were working with the Williamson County District Attorney’s Office and DFPS on the case, which was ongoing.

Online records indicate Woodard had family violence/assault charges filed against him in 2016, which were dismissed. DPS files indicate he has done time for making false statements on property/credit and for possession.

Officials on Monday said the child is now in the care of his maternal grandmother but will have continual checkups at Dell Children's.

Vaping suspected of causing 8 teens to be hospitalized in Wisconsin