Turning down the music: Round Rock city leaders discuss changes to noise ordinance

One Round Rock resident said sometimes it sounds like 'someone is having a conversation outside of your bedroom window.' 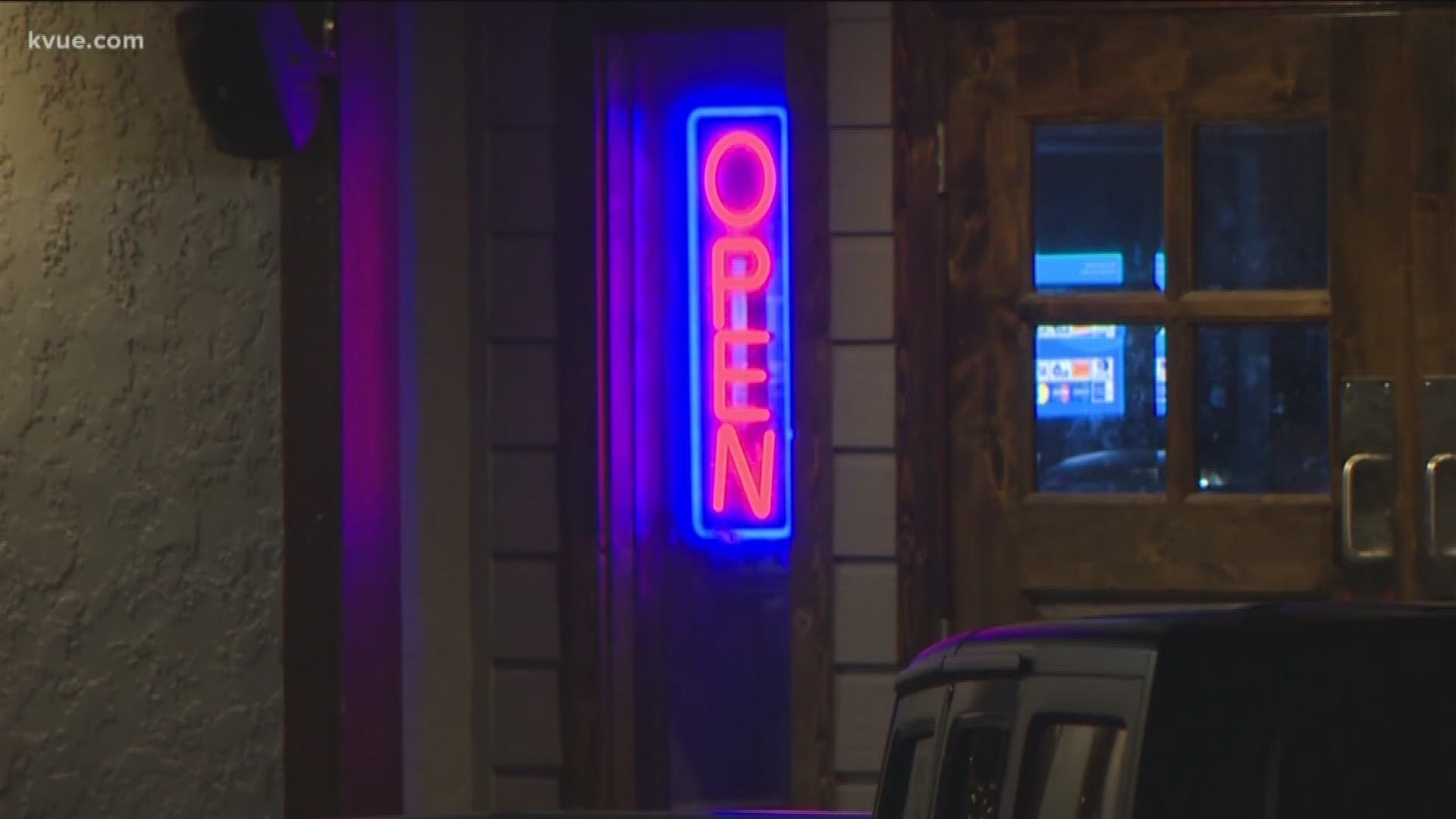 ROUND ROCK, Texas — Loud noise from some bars and restaurants in Round Rock are a headache for residents who live minutes away from the historic downtown scene. That's why city leaders may end up making changes to its current noise ordinance to quiet things down.

Greg Kirwin is a proud Round Rock resident, having lived at his home on Sunset Drive for the past 22 years. He said he loves his city and his community, but he said the proximity of his house to downtown has caused some problems.

"It sounds like someone is having a conversation outside of your bedroom window," Kirwin said. "Sometimes it's just the booming, the base sound. One time when I called police, I could actually sing along with the singer, 'Mama, don't let your babies grow up to be cowboys.'"

Will Hampton, communications and marketing director for the City of Round Rock, explained that the city is in the process of making amends to its current ordinance, which states that noise cannot exceed 75 decibels from 9 p.m. to 7 a.m. measured from 200 feet from the property line. That noise level can be compared to the sound of a vacuum cleaner running.

According to the city, the proposal would only apply to the Mixed Use 1 (MU-1) zoning district in downtown, because it includes residences and is adjacent to a large residential area. Some of the proposed changes include:

"It goes too loud, too late," said Hampton. "Live music is nice, but there's probably limits on how late it should go, that's why we're looking at 10 o'clock on weeknights, midnight on weekends, that's the current proposal."

In December, the City of Round Rock approved bars and restaurants to serve alcohol until 2 a.m. seven days a week. Hampton said they want to make sure they find a balance between the longer hours and loud music that works.

"As downtown continues to grow, and redevelop, we need to do things like this with the noise ordinance. What worked yesterday isn't really what's working today and so we need to keep an eye to the future as well as we adopt these ordinances and maintain some flexibility," said Hampton. "We've got to do a little due diligence, re-draft, have a nice draft of the ordinance to present to the community and get their input on that. Both residents and businesses on that, listen to that input, give us a time to digest that, and report back to the council and have another public meeting opportunity. We'll just have to see how it goes."

For bar owners like that of Finley's Round Rock, it's worth the easy fix, not only because they want to keep their customers happy, but also their fellow community members.

"We think it's going to be positive. We really want to have good relationship with the residents and the people who are going to be coming to us," said Kristen Sabrsula, owner and operator Finley's Round Rock.

She and her husband have been part of the Round Rock downtown scene for about six months now and said they're loving it. She said conversations with the city thus far on the proposed changes have been positive and very open.

"We just want to belong. We want to make sure we're respected and supported and that we also do the same for the people around us," said Sabrsula. "We want the residents to be comfortable, we want them to come out and just spend time and also be able to go home at night and sleep. It's important to not have the disturbances."

Hampton said he wants to hold the community forum as early as next week, and bring a vote to council on the proposal on Feb. 14.