Bars and restaurants within Round Rock will soon be able to sell alcohol until 2 a.m. 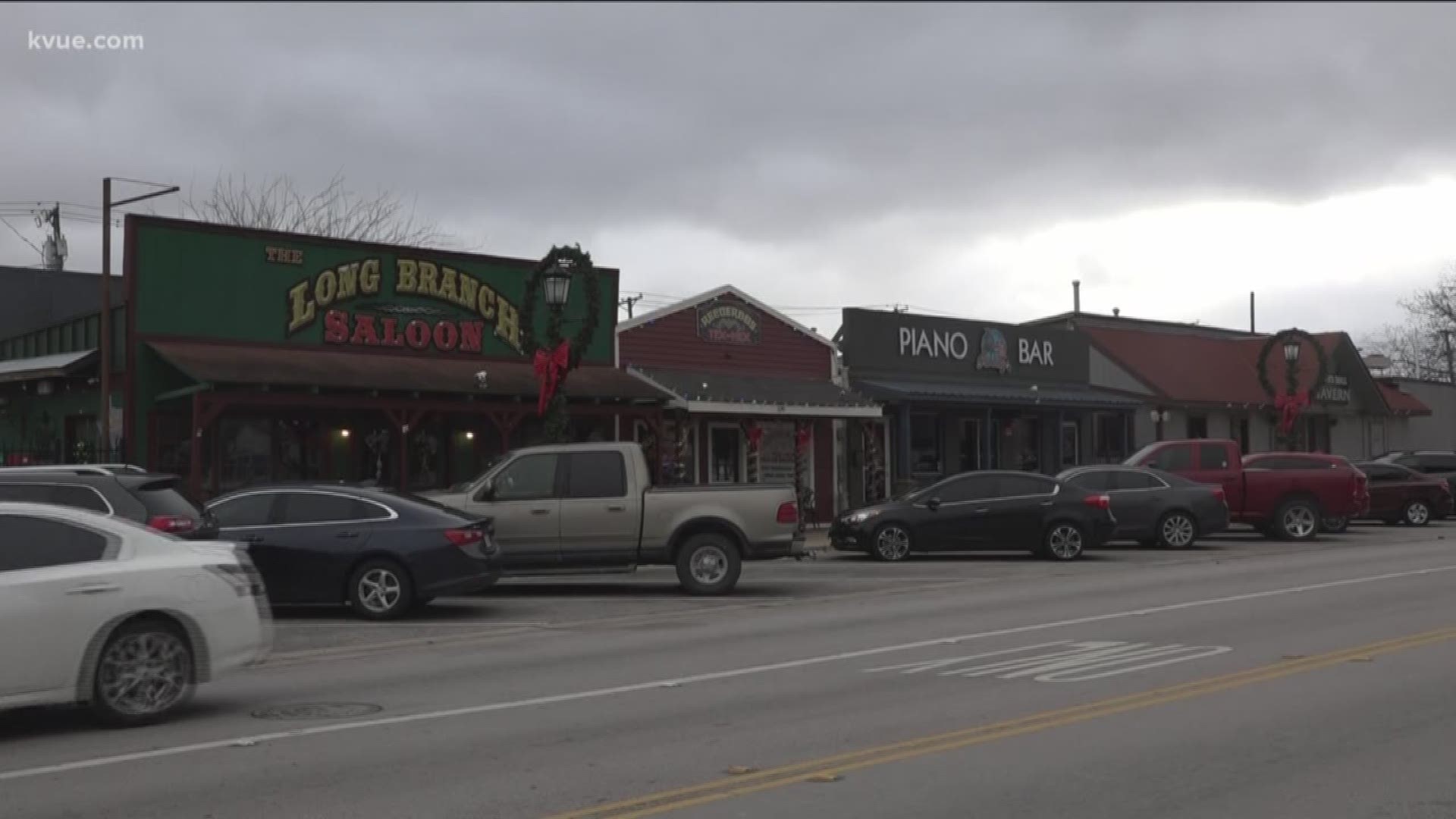 ROUND ROCK, Texas — Round Rock businesses can now start serving alcohol until 2 a.m.

The Round Rock City Council approved the change Thursday that allows bars and restaurants to serve beer, wine and liquor until 2 a.m. seven days a week.

Overall, this change means more business for bars and restaurants -- but some community members are concerned this could also mean more noise late at night.

City council addressed those concerns, recognizing there's still work to do on the noise ordinance. Some in the community said it's already too loud at night, and they're worried longer hours would mean less sleep for them.

The city's current ordinance only permits bars and restaurants within Williamson County to serve alcohol until midnight Sunday through Friday and until 1 a.m. on Saturday. So, the city council voted six to one in favor of extending serving hours.

It's a decision bartenders are excited to hear.

“It would help us tremendously giving us those two hours. The amount of money we lose out on because people go at midnight to other bars that can stay open till two, you know, we’re losing out on a tremendous amount of money," Jamie Villareal, a manager at the Long Branch Saloon, said.

"Overall, I think it's a positive thing staying open until two," bartender Amanda Maldonado said. "So, it's going to be more money in everyone's pocket."

"Money-wise that extra hour or two hours during the week, that's the two hours where it's more crucial," Hollie Baker, a bartender at Cactus Nights, said. "More people come out later than they do during the day or the early hours. That's where I make more of my money as well as all the bartenders down here."

Businesses within Travis County are excluded from the current ordinance and are allowed to serve alcohol until 2 a.m.

But not everyone in the Round Rock community is for the changes.

KVUE spoke with many neighbors around the Main Street area near downtown. They didn't want to go on camera, but some said they've had it with the noise and music they can hear from their homes.

Many of the bars have outdoor areas where bands can come and perform.

“Neighbors have called me and said, ‘Hey, can you do something, it's too loud,'" Gordon Perez, the president of the Homeowners Association in Round Rock, said.

He said neighbors understand why the bars want to be open late and that they want to support Round Rock's growth, but say when it comes to staying open on the weeknights, it's just too loud.

“We were not necessarily opposed to the extension of hours if, in fact, the noise can be regulated. We do not want extended hours to equal extended noise," Perez said.

Back in July, KVUE reported that the Round Rock Chamber was pushing for a change in alcohol laws in the city.

New ordinance in Round Rock would allow bars and restaurants to serve alcohol until 2 a.m. by kvuenews on Scribd