A young boy came by to pick up his beloved Toy Story character who had quite the adventure while he was a lost toy over the past week. 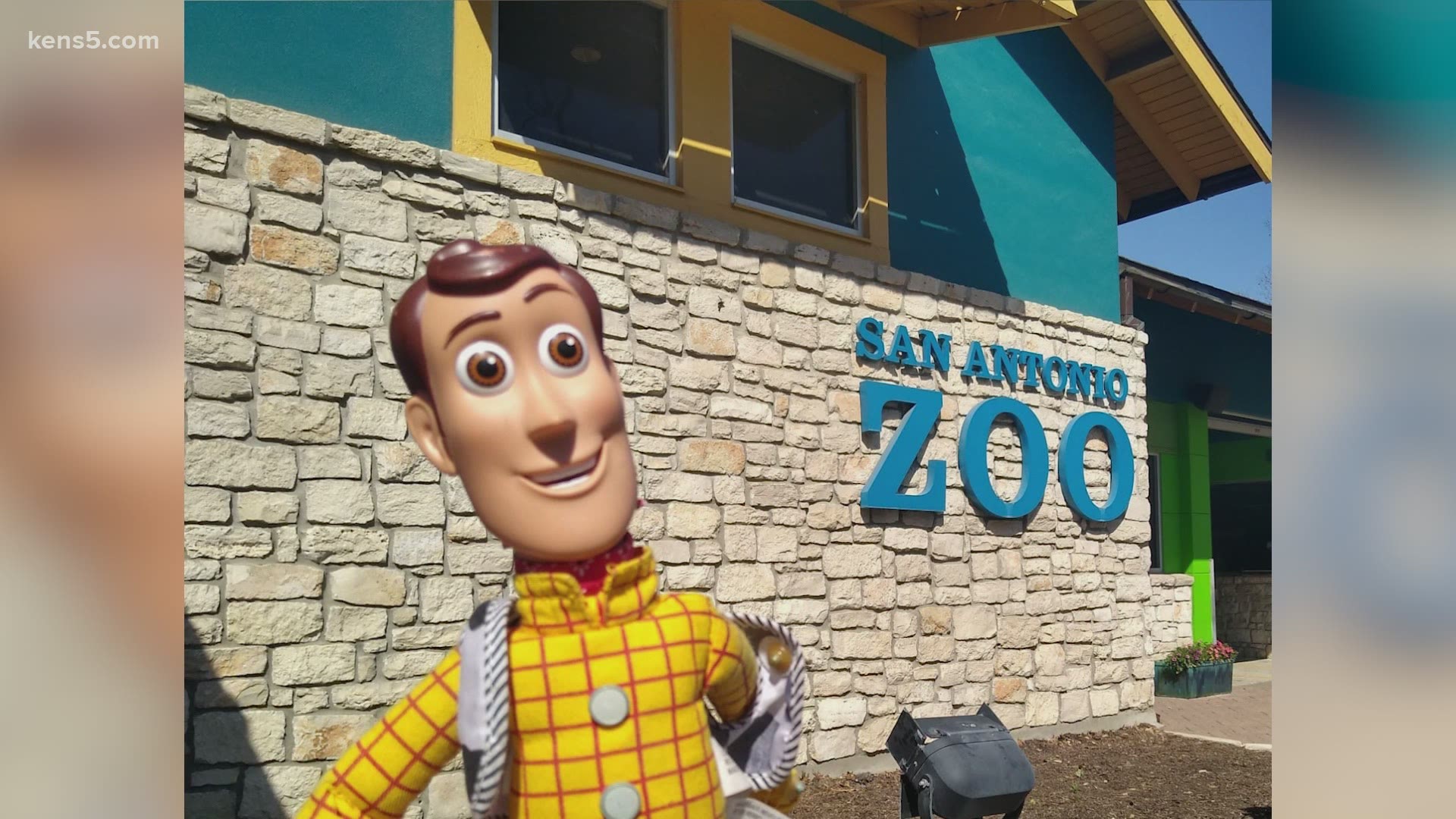 SAN ANTONIO — UPDATE: Woody's owner returned! According to a post on Saturday by San Antonio Zoo, a little boy came by to claim his long lost toy.

San Antonio Zoo is hoping to reunite Woody with his owner. The popular character from the Toy Story movies was found Sunday.

According to a post on Facebook, Woody has been quite busy while waiting for his rightful owner to return. The zoo posted pictures of his adventures on Facebook and on Twitter, too – showing what he's been up to in the short time since he's been flying solo.

The Facebook post showed many people tagging their friends in the comments in case they were looking for a lost doll. So far, there's no word on if Woody's owner has been found. Some people shared their theories about who the doll belongs to since "Bonnie" is written on the bottom of one of his boots, but that's part of the story line in the most recent movie, Toy Story 4, and the dolls are sold with that marking already on there.

Toy Story: SA Zoo edition! After being “rescued” by Curt the spectacled bear, Woody took a fun adventure around the zoo and met some new friends!

(P.S. If your child dropped a Woody doll in the spectacled bear habitat, it’s waiting for you at our lost and found!) pic.twitter.com/QzynrMZZzz

Earlier this month, a Buzz Lightyear toy made national news when a child left the action figure on a Southwest Airlines plane in Dallas.

By the time the family of the 2-year-old noticed Buzz had gone missing in action, the plane was headed to Little Rock.

A quick-thinking ramp agent in Arkansas found the toy and noticed there was a name, which turned out to be the owner's name, on Buzz's foot. A few days later the toy was mailed to the little boy along with some pictures of Buzz's flying adventures.