Williamson County firefighters joined six other departments to rescue 61 people from a wedding venue. Some were trapped in trees at Casa Rio de Colores, while others were able to get to higher ground and evacuated later, according to the Austin Fire Department. 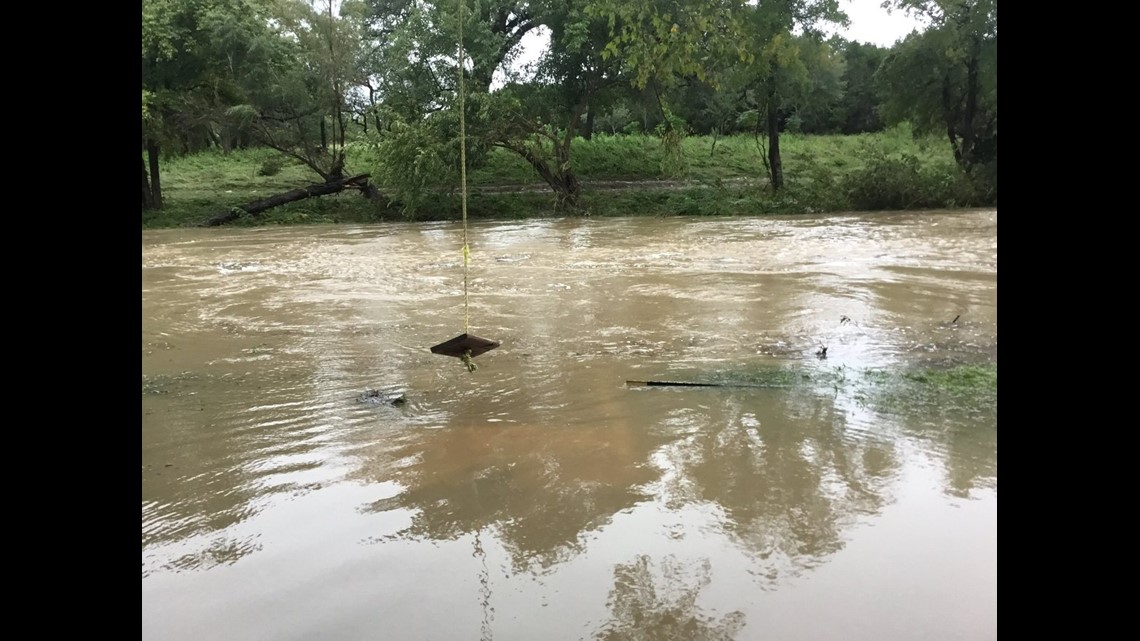 Williamson County Sheriff Robert Chody tweeted an additional water rescue attempt was made. They got reports that she was swimming away from a vehicle.

"It was just thundering and lightning all night long," said Phillips. "Waking up this morning I didn't know what to expect."

"Water operations at night is the most dangerous thing as a firefighter," said Austin Fire Department Lt. Heath Haddock.

Haddock added that the floods put him and his crews at risk.

"When you're at it at night, there's light and communication issue, once you're outside of those banks, you have no idea what that boat is operating over," Haddock said.

Phillips said she was astounded by the flooding. "The sheer power of it all is amazing."

Intense flooding going on at San Gabriel River in Georgetown