Bruce Todd, a former mayor and friend of Earle, said Earle's health had been declining for some time. 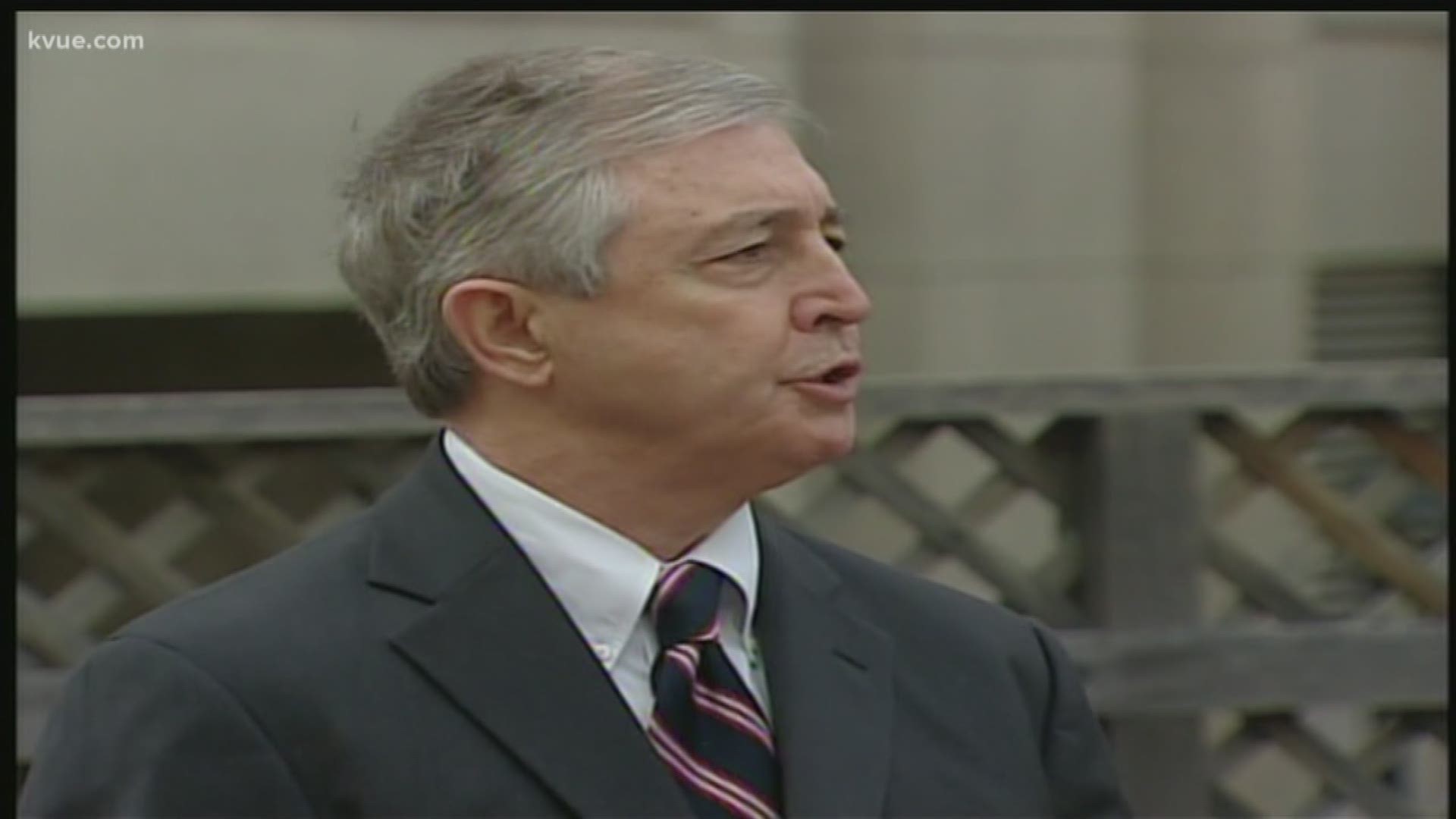 Bruce Todd, a former mayor and friend of Earle, said Earle's health had been declining for some time.

"I met Ronnie in 1973, when he was a member of the Texas House of Representatives. I worked for him in 1974 as counsel to a special House subcommittee that he chaired. When he ran for DA in 1976, I supported him. When he won, I asked him for a job. I worked for him his first term, until I was sworn in as Travis County Attorney in 1981. I was inspired by his vision of prosecution for Travis County.

Ronnie went on to serve eight terms as District Attorney, a legacy that will probably not ever be matched. He was an early proponent of criminal justice reforms. His leadership in a non-traditional view of prosecution that embraced innovations like community justice and victim advocacy won him national recognition. He set the standard for Travis County prosecutors that endures today: Above all else, see that justice is done.

I am very glad that I was able to be with him in September of 2018 at the dedication of the building we work in that bears his name. Under his picture on a plaque in our building, is this quote from Ronnie, which we pass by every day:

My heart goes out to his wife Twila, and to his children. We in the DA family will be mourning his passing with them."

U.S. Rep. Lloyd Doggett said he served with Ronnie in the Texas Legislature and was asked by him to give the dedication speech for the Ronnie Earle Building dedication in 2018.

“As municipal judge, legislator and district attorney, Ronnie was committed to security and justice for all. His success was measured not solely in terms of convictions obtained and years sentenced, but also through preventing crime, encouraging rehabilitation, and seeing that justice is served. His creation of the Public Integrity Unit, the Children’s Advocacy Center, and the Family Justice Division offer continue to address key concerns of our community.”

Earle served as the Travis County district attorney from 1977 to 2008.