Project Pickup: Austin – An organized effort to clean up the city

After noticing more trash around Austin, Paul Freschauf decided to take matters into his own hands – literally. Now, he wants others to join the cleanup efforts. 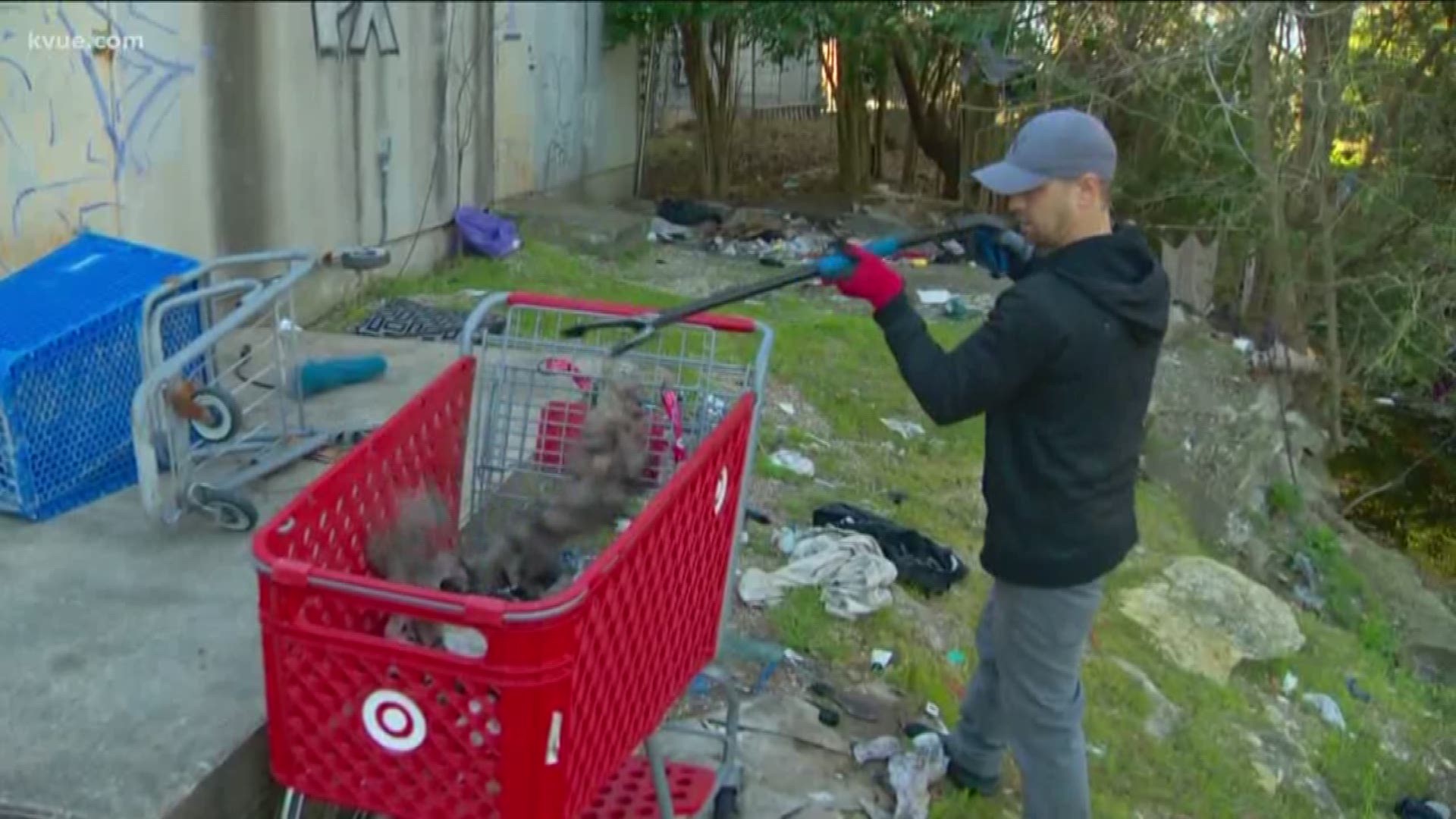 AUSTIN, Texas — The idea came to Paul Freschauf about a week ago: get a group of people together to start cleaning up around the city.

Freschauf started a Facebook group called Project Pickup: Austin. Since creating it last Friday, he said it has gained more than 700 followers.

"I started seeing trash all over our city, and it kind of clicked," Freschauf said. "And I just was like, 'Man, I need to do something about this because all this goes into the Texas rivers, environment,' and it's really hard to get out once it gets into the river."

Aaron Hlusko joined Freschauf for the cleanup Thursday morning. Both said they hope more people will join the cleanups.

"I have a feeling people drive by and they're like, 'God, that park looks like crap,'" Hlusko said. "'You know, really, somebody should really go out there and clean it up.' Well, maybe those are the people that need to cut there and actually do it and clean it up."

Project Pickup: Austin has another cleanup scheduled on March 1.

"It's fun to see people want to get involved. Republican. Democrat. No matter what your background is, the trash is a problem here in Austin," Freschauf said. "Everybody seems to be really interested in being part of helping in some way, so that's encouraging."