An adult man died in an auto-pedestrian crash near Circuit of the Americas on Sunday evening, ATCEMS said. 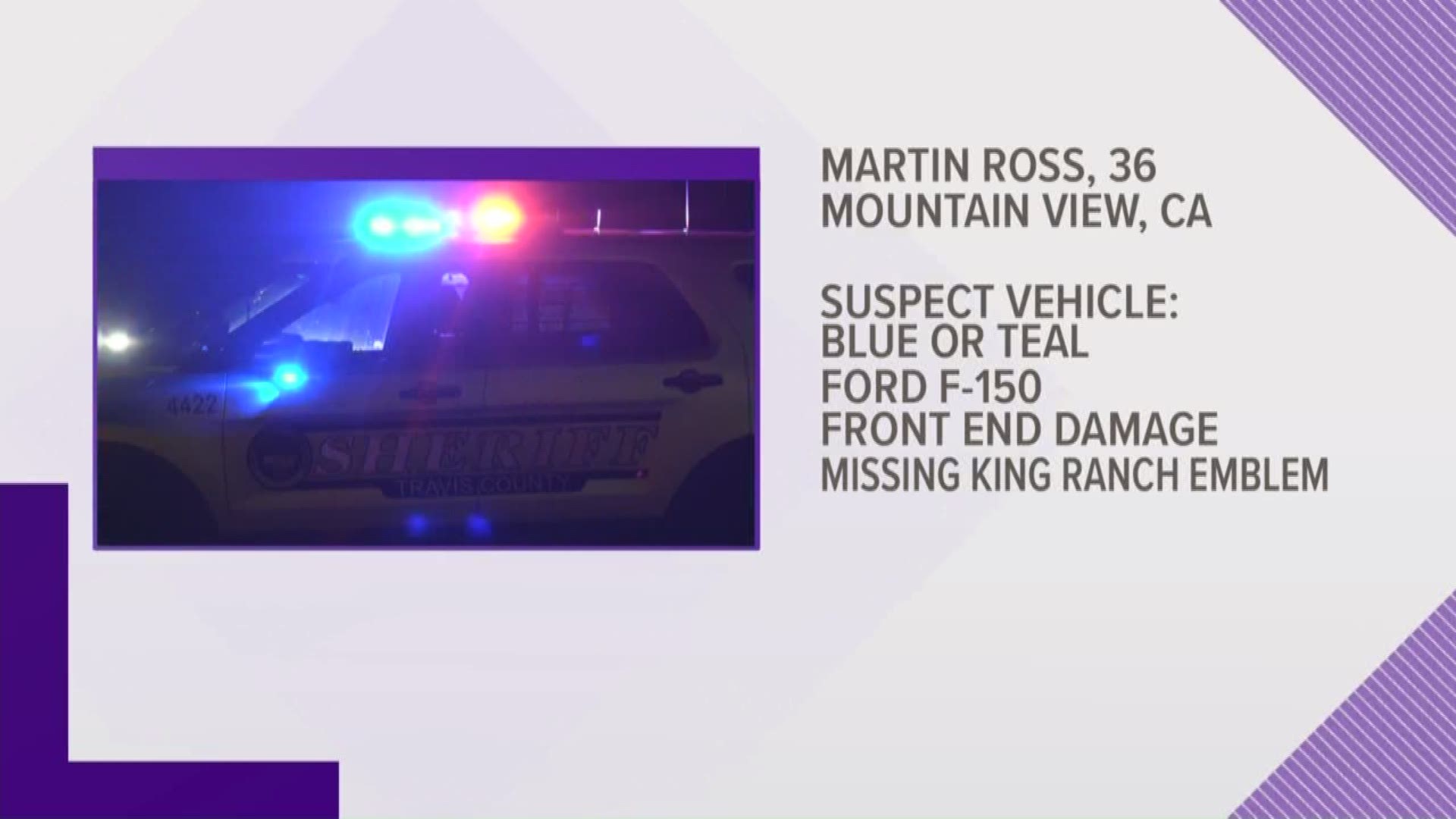 AUSTIN, Texas — Texas DPS is asking for the public's help identifying the driver who killed a man in a hit-and-run near Circuit of the Americas (COTA) on Sunday evening.

ATCEMS said an adult man died after being struck in the auto-pedestrian crash along FM 812 near Circuit of the Americas Boulevard Sunday evening. Medics responded to the scene at 6:31 p.m. on Sunday to reports of the crash where CPR was in progress. ATCEMS later tweeted the man had died.

According to a preliminary DPS investigation, Ross was walking across FM 812 from Circuit of the Americas Boulevard when he was struck by a vehicle that left the scene. Troopers are looking for a blue or teal-colored Ford F-150, possibly King Ranch edition, that was traveling eastbound on FM 812, DPS said. The vehicle will have front-end and hood damage and will be missing a Ford F-150 King Ranch emblem, according to DPS.

TxDOT said FM 812 was shut down due to the crash, but reopened just before 10 p.m. Sunday.

RELATED: Hamilton clinches F1 championship No. 6 at US Grand Prix

DPS officials said Monday that there were no witnesses to the collision.  They're urging anyone with information regarding this incident to call Crime Stoppers at 512-472-8477.