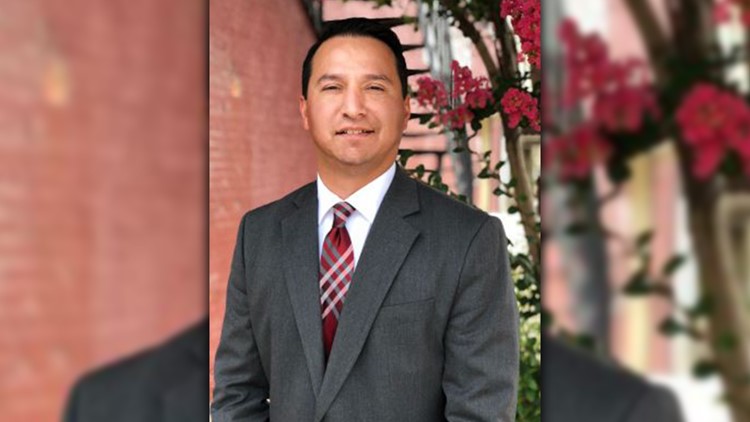 LOCKHART, Texas -- The Lockhart ISD Board of Trustees on Monday announced current Assistant Superintendent of Curriculum and Instruction Mark Estrada as the lone finalist for the vacant superintendent position.

According to a press release from the school district, the Board voted unanimously to approve Estrada as their top pick to lead the district.

“The Board is incredibly excited and proud to select Mr. Estrada as the new superintendent,” said LISD Board President Brenda Spillmann. “After seeing the impact of his leadership both in campuses and at the district level, we are confident he will continue to challenge all students and teachers to even higher levels of achievement.”

Following the announcement, 21-day waiting period begins, as required by law, before the Board can formally hire Estrada for the position.

“I am humbled by the opportunity to be selected to lead Lockhart ISD,” Estrada said. “With the support of the Board of Trustees, parents, staff, and the community, the district will continue to work strategically to continue its upward trajectory, fueled by a culture of high expectations for every student and staff in Lockhart ISD.”

The announcement comes early, as the Board had originally set June 27 as the date to name their finalist, but decided to instead name Estrada at a special meeting Monday night after reviewing 60 applicants and interviewing seven candidates.

According to the press release, Estrada first joined the district as principal of Plum Creek Elementary in 2012, where he was named an Association of Supervision and Curriculum Development Emerging Leader. He became principal of Lockhart Junior High School in 2014. In addition to that role, he also served as principal at Lockhart High School's ML Cisneros Freshman Campus in 2016 until the district hired Luciano Castro into that role. Estrada was later promoted to assistant superintendent of curriculum and instruction.

“As a Board, it is very exciting to us that the candidate best qualified is also someone from the community, allowing us to promote from within our ranks. Mr. Estrada’s leadership has made a tremendous and measurable difference in every role he has assumed while in Lockhart ISD, including recommending sound policies, creating efficient systems, and promoting innovation to fuel academic performance,” said Spillmann. “These results, in addition to his true and deep passion for student achievement and instructional excellence, ensure continued growth and success for all of our Lions.”

Former superintendent Susan K. Bohn left the district earlier this year after being named the lone finalist for a superintendent position at Aledo ISD.