KVUE's Quita, Mike, Albert, and Mike visit some of Austin's most spookiest places -- The Clay Pit and The Tavern -- in KVUE on the Road. 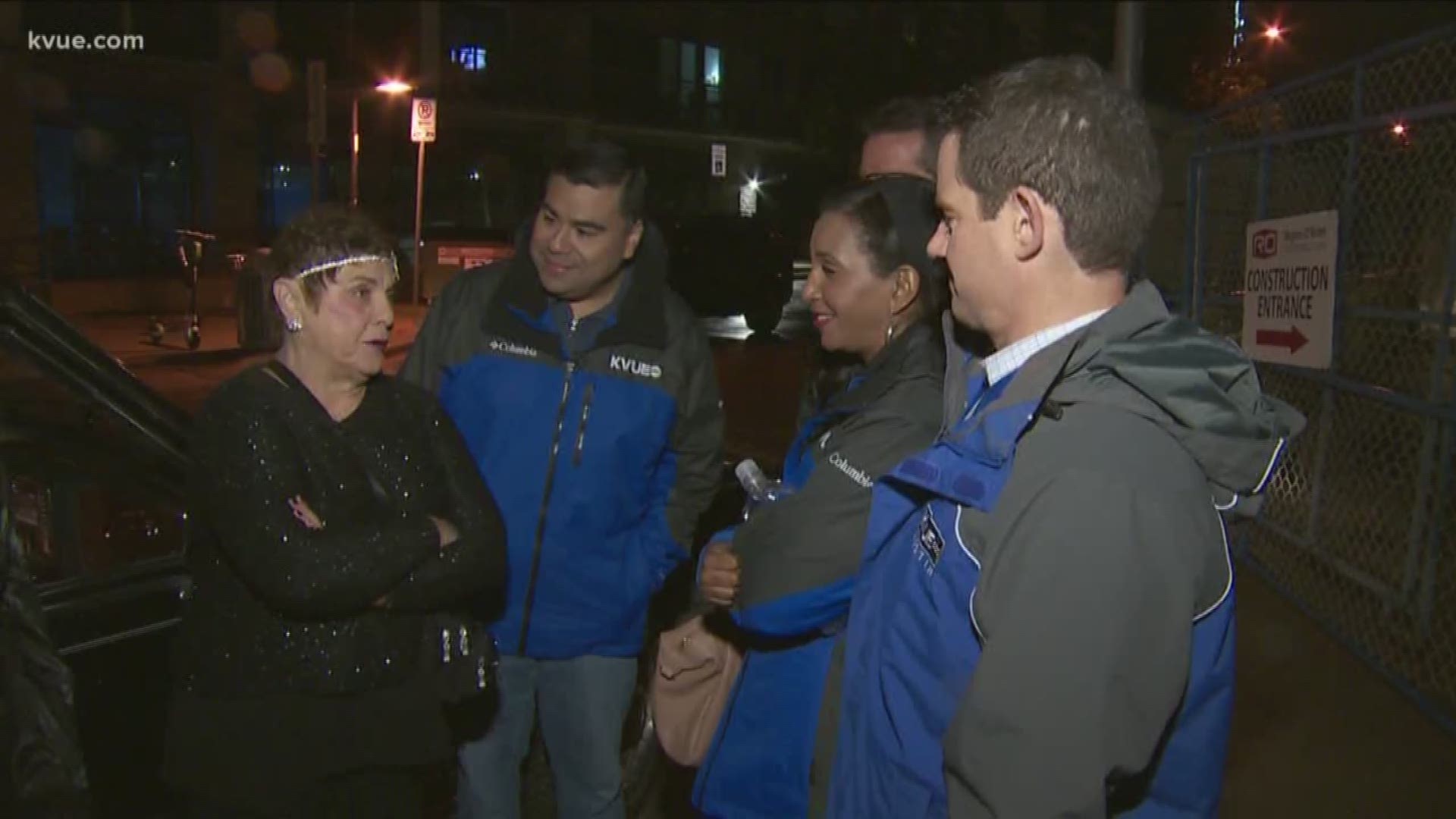 AUSTIN — On a cold, dark and rainy night in Austin in October, the KVUE Nightbeat Team are out to investigate some of the creepiest places in the city with tour group Haunted ATX.

Our first stop is “The Clay Pit” on Guadalupe and 16th Street. The Clay Pit was built in the 1850s as a trading post, but it's now a restaurant. It isn't just serving up Indian Cuisine, it's also rumored to be home to four ghosts, including members of the Bertram family, who once lived on the second floor. The legend is that the Bertram’s five-year-old son died from typhoid fever in one of the upstairs bedrooms.

"Neighbors report seeing the face of a little boy peering out one of these windows," said Diane Blank with Haunted ATX.

Some who've taken the tour in the past also say they've seen the little boy. We didn't see the boy, but Quita spotted something else while on the second floor of the restaurant.

And take a good look at this photo taken by another tour group. What do you see?

"And there's no one sitting at the bar when this picture was taken," said Blank.

Some say that shadowy figure is the ghost of a man who haunts the second-floor bar area. He's often seen in the mirrors above the upstairs bar.

In the cellar of The Clay Pit, there is supposedly the spirit of a woman who died a painful, tragic death.

“She died by being gunshot in a raid,” said Blank.

While recording in the cellar, our photographer Santiago said the fully charged batteries on one of our cameras has been completely drained. And Quita's electromagnetic energy device starts going off.

“Mike, there's something like right, right next to you,” said Quita.

After detecting some paranormal activity at The Clay Pit, we jump back into the hearse to see what supernatural situation may await us at the next spot.

“The Tavern” on 12th and Lamar Street is now a sports pub, but it was once a speakeasy and a brothel in the early 1900s. The legend is that a man who frequented the brothel fell in love with one of the prostitutes. That man ended up murdering her young daughter at The Tavern.

“Then he buried her under floorboards in this little crawl space back here,” said Julie Hill with Haunted ATX.

Decades later during renovations, the girl's shoes were found and are now on display on the second floor of the pub. There have been sightings of the girl by other children and reports of sobbing and screaming from her mother in the first-floor restroom.

“People report hearing crying (in) there a lot, I’ve personally have heard it twice,” said Hill.

The murderer's ghost has also been seen in the pub’s attic.

"One of the former managers was in the office doing some paperwork, (and) happened to look up at the security feed and saw a dark figure behind her in the closet,” said Hill.

And a local medium believes he is in one of her photos.

“Now I hate to be the one to say this, but I did just feel something right here … like a brush across my hair,” said KVUE Anchor Mike Rush.

So with that, we end our investigation. But just remember, the next time you're at dinner at The Clay Pit or having drinks at The Tavern, you may come face to face with a different kind of spirit.

For pricing and booking information for Haunted ATX, click here.