Residents of Camp R.A.T.T., as they call it, hope to take over the lease themselves. 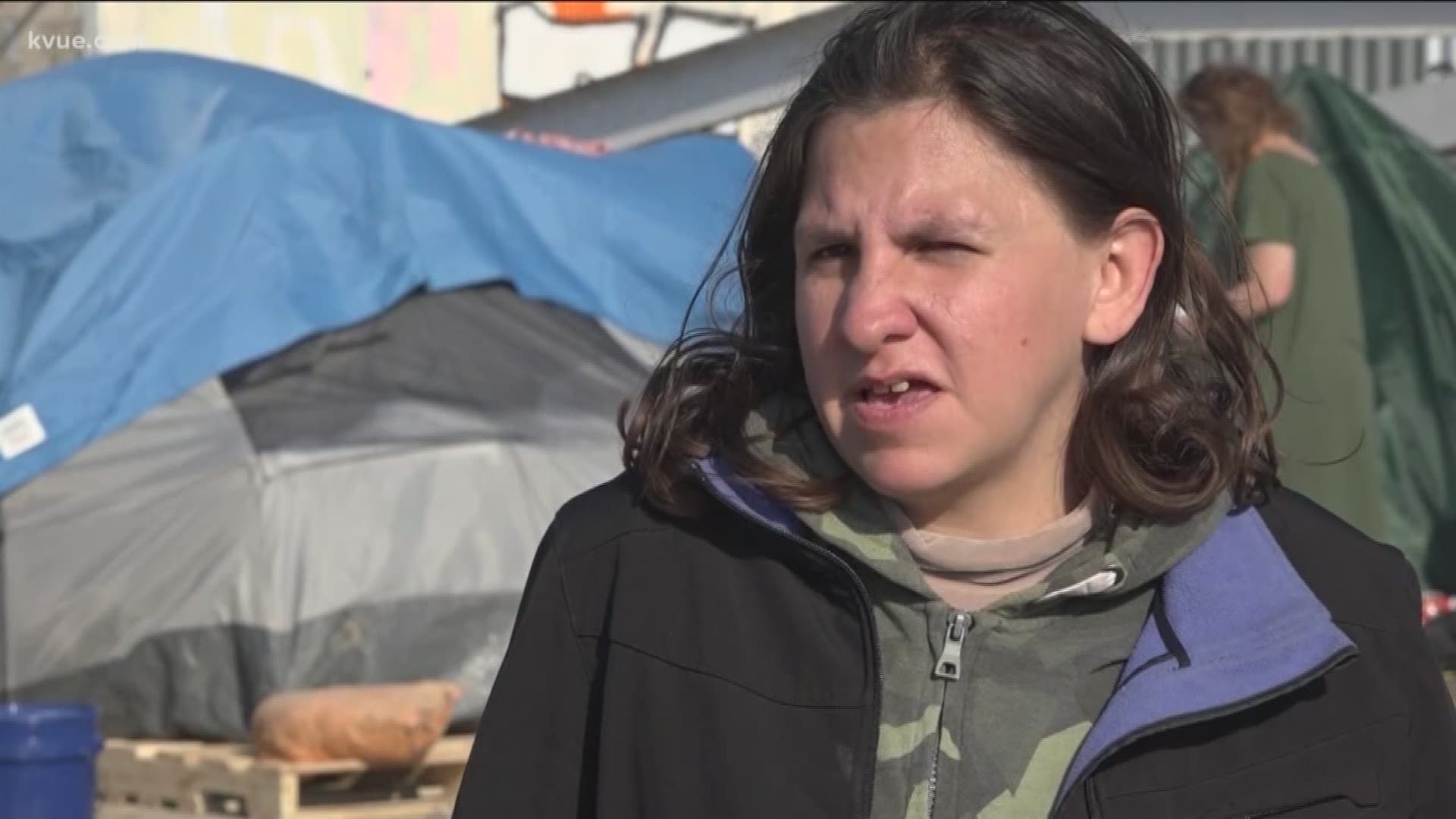 "Here at Camp R.A.T.T., we just finished another board meeting," said Charles Ribordy, a spokesperson for the camp residents. "We have come up with a better offer to the governor. We're willing to offer $1 per person per month for the camp property, then continue to take our steps as a nonprofit and build it by building mini houses and everything. This ensures everyone that's here has pride in ownership, won't take it for granted and shows society that we have what it takes to build a community and be self-sufficient."

Kent Dahlgren – the CEO of 214 Alpha, a company that is helping the camp's residents – told KVUE that on Saturday, an offer letter will be officially offered to Gov. Abbott's office. The camp is also submitting 501(c)(3) paperwork.

This comes shortly after Gov. Abbott tweeted the state would be offering up its five acres of shelter space for a $1 lease.

ATX Helps, an organization driven by the Austin Chamber of Commerce, is expected to take over the lease and build a new shelter there known as a Sprung shelter. The proposal will come before the Texas Transportation Commission on Feb. 27.

While some have called the camp "Camp Abbott," some who live there are referring to it as "Camp R.A.T.T.," which stands for reliable adult transition town.

More than 100 people are currently living there, and they've even created their own council.

Kenneth Gleason has lived at the camp for around four months now.

"It's like a neighborhood," said Gleason, "like every other neighborhood you would see. You know, there's peaceful people here."

He said if a shelter were to be built, he'd hope the camping area could stay as well.

"If it's anything that can be beneficial to the people, I'm going for it, but if it's something that's going to put more of these people and more of a strain, a toll, I'm not cool with that," said Gleason. "If they do build a shelter all the way at the back, at the back end over here, that would be perfect, and if they still have the shelter as well as this, you know it would make everybody happy."

A resident who goes by the name "Mouse" is on the council for Camp R.A.T.T. and said she'd rather see a different format than the sprung shelter.