The people living at the state homeless campsite have started their own council. They've also named the site Camp R.A.T.T., or Responsible Adult Transition Town. 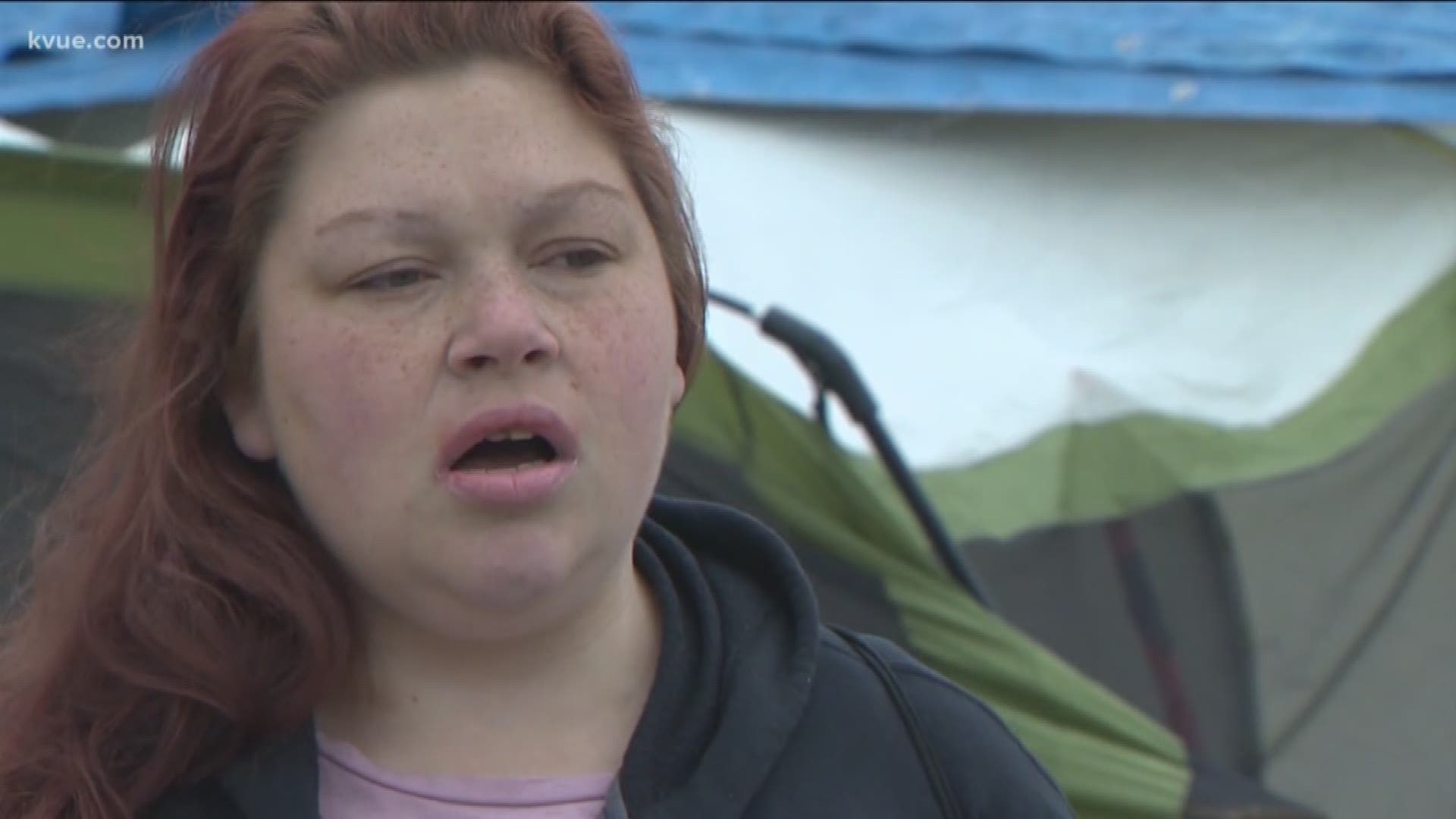 She's the elected secretary of the newly-formed council at the camp. Roberts said the people living there decided a council would help accomplish two initial things.

"We wanted to get more structure and let people know that we’re not just bums, slobs, thieves, drug addicts or anything else they’ve called us – diseased people. We’re just like anybody else who has a home, just without a house," said Roberts.

Roberts said they refer to the campsite as Camp R.A.T.T., which stands for Responsible Adult Transition Town.

"We brought a town meeting, and we said we’d like for you all to nominate council members," remembered Roberts.

She said there are a few positions, like donation volunteer recruiters, maintenance and general labor recruiter, security and groundskeeping, treasurer and donation organizer, and media outreach, just to name a few.

"Before we got this structure going, I actually liked living under the bridge better than here because I could get somewhere from here," said Roberts. "But now that we’ve got things going, and the buses are starting to run more, and other things are looking up in my life, I’m thankful for being here."

Roberts said she wants to make sure it stays organized for people even after she leaves.

She said violence isn't tolerated at the camp. A Department of Public Safety trooper is also stationed at the campsite.

Roberts said, while she's thankful for a place to legally camp, the people there still need help.

She said MRE's, "which are not good," are placed out three times a day. She'd like to see better food, more electricity and hot showers come to the campsite, for a start.

Robert Rhodes moved to the campsite, a place he used to call Camp Abbott, the first day it opened. He said that while he's happy more people have joined him, he wants more service providers to come to the campsite.

"We’re trying to make this place a better place for us," said Rhodes, who said he is the public information officer of the campsite.

Not only are the people wanting to make the campsite life better, Roberts said the people staying at the camp also want to help clean up abandoned camps around the city "so the town knows we’re not just here for ourselves, we’re here for the town."