Sarah Fowlkes, a former science teacher at Lockhart High School, was accused of having an improper relationship with a student in 2017. 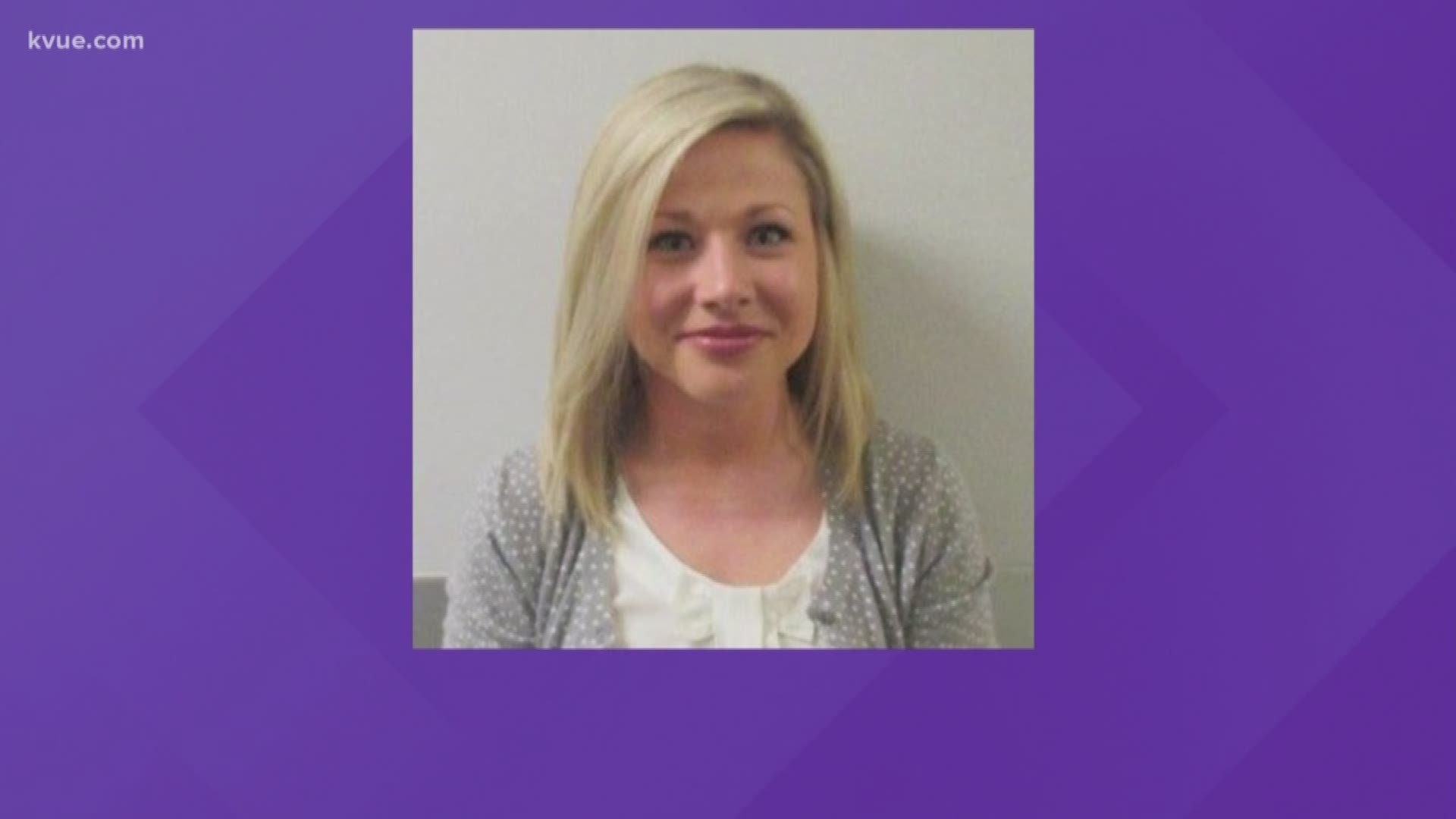 LOCKHART, Texas — A former Lockhart High School teacher pleaded guilty Wednesday to having an improper relationship with a 17-year-old student, but a judge has not yet accepted terms of a plea agreement.

Under terms of the proposal, she would be placed on deferred adjudication for four years, surrender her teacher's license and pay a fine, although the amount of the fine remains unclear.

"Under the circumstances, it is a situation where the deal isn't necessarily accepted so until it is accepted we don't know what it will ultimately be," her attorney, Jason Nassour, told KVUE outside the courthouse Wednesday. "If it is accepted, it will be based on the negotiation the state and I had."

Lockhart High teacher charged with improper relationship with a student

Judge Chris Schneider said he will take up to eight weeks to review the proposed plea.

Nassour said that if he doesn't accept it, Fowlkes could withdraw her guilty plea.

The case received national attention after her arrest last year -- in part because of her booking photo at the Caldwell County Jail, which showed her smiling.