If you see a venomous snake, try to slowly walk away. 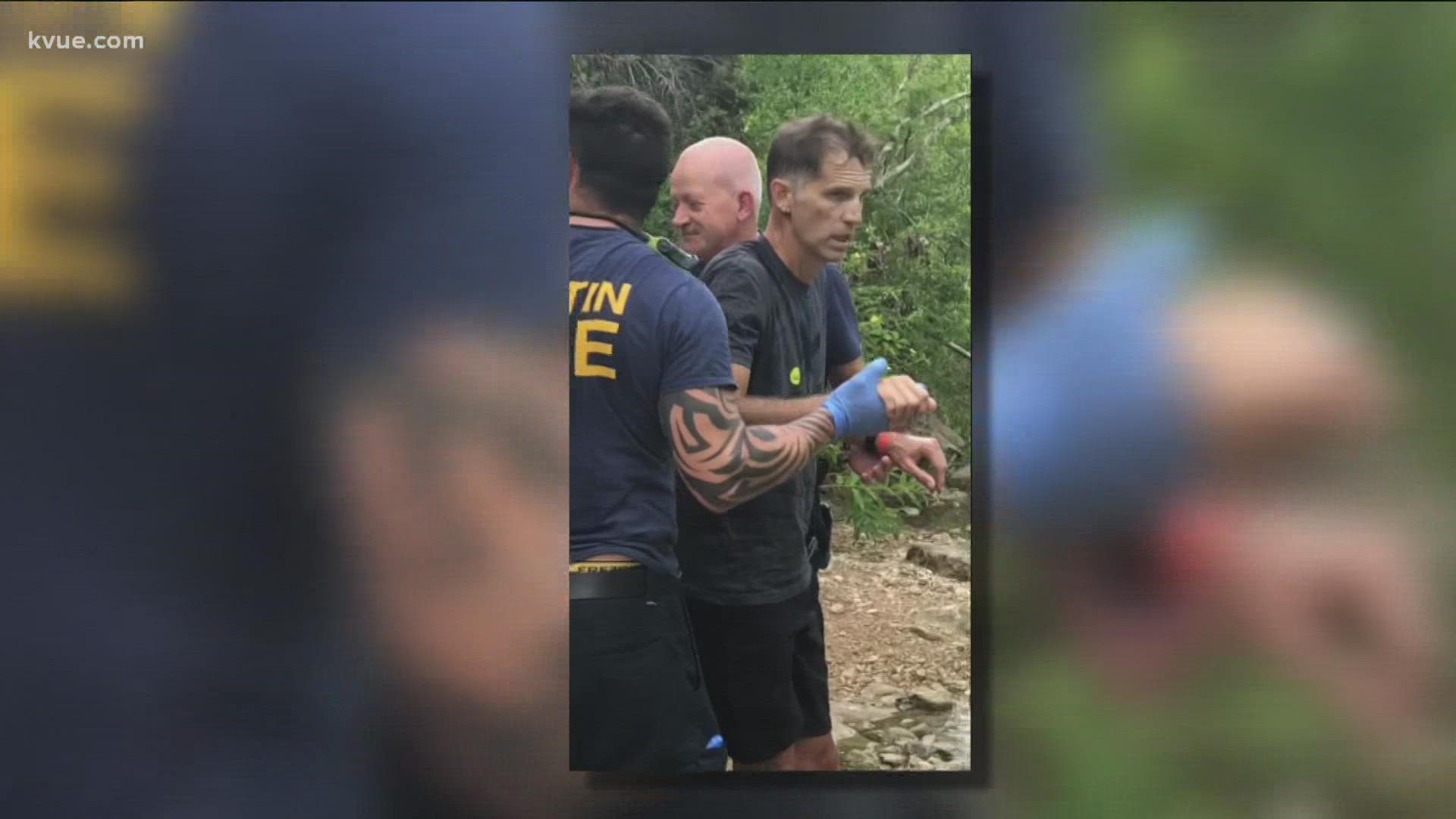 AUSTIN, Texas — After a vacation to Austin, one Colorado man warns you to pay attention to your surroundings while on the trails.

"I reached down thinking that I was going to be knocking yellow jackets off my feet, and that's when a very large copperhead slithered away," said Jay Middleton.

While on a trail at St. Edwards Park, Middleton's vacation quickly turned into a trip to the trauma center.

"I was like, 'Oh wow,'" said Middleton. "I broke into a cold sweat. My wife said I turned kind of gray. I got really, really nauseous, and at that point, they made the call to strap me to the board and roll me out."

EMS took him to St. David's Round Rock Medical Center. EMS said he was the second snakebite call of the morning.

"Snakebites can be fatal, although if you seek treatment quickly and get the antivenom, they usually are not," said trauma injury prevention coordinator Kristen Hullum.

She said if you see a snake, slowly walk away from it, but if a venomous snake bites you, call 911, stay still and try to keep your heartrate down.

"The movement accelerates the circulation of blood and limbs through your body, which then circulates the venom," said Hullum.

She said do not attempt to suck out the venom and do not apply a tourniquet or ice.

"I mean, I've been I've been hit by a car on my bicycle," said Middleton. "I've had several knee surgeries. I've had all sorts of maladies in my life and nothing in terms of just sort of that intense pain was like anything I've ever felt before."

After three weeks of rest, Middleton's foot finally fits into a shoe, something he won't forget to wear next time.

"If you're in snake country, you should not be hiking in sandals – running shoes at the minimum," said Middleton.

Middleton was one of 90 snake bites reported to the Texas Poison Center Network in July.

Despite that, he and his wife plan to come back and hit the trails.

Wildlife experts say there are four venomous snakes in Central Texas – copperheads, water moccasins, rattlesnakes and coral snakes. They recommend memorizing their patterns, in case you run into one.