On day two of the Rodney Reed trial, Reed's original trial attorney and a forensic pathologist took the stand to testify about the case involving the 1996 murder of Stacey Stites. 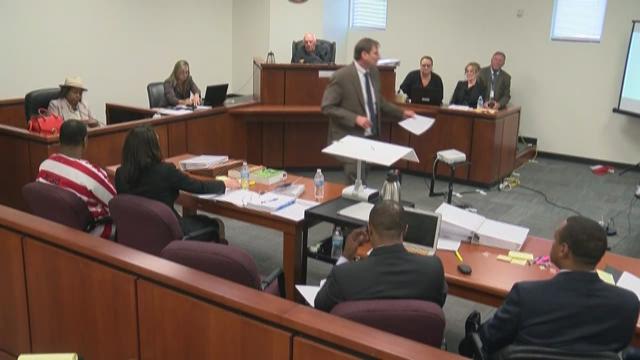 During day two of a hearing to clear the name of a man on death row for a 1996 murder, a forensic pathologist who initially produced a report on the woman's death took the stand, along with Reed's original trial attorney.

Rodney Reed is on death row for the murder of Stacey Stites. She was found dead on the side of a Bastrop County road in April 1996. Reed was convicted and sentenced to death in 1998. His execution dates have been pushed back several times.

His defense has argued his original case included misleading testimony and evidence that has been called into question, including evidence that points to a separate suspect -- Jimmy Fennell -- who was Stites’ fiancé and a law enforcement officer at the time.

Lydia Clay-Jackson, Reed's original trial attorney, testified during the hearing Wednesday saying she did not have a handle on the trial that ended with Reed's 1998 conviction.

She said during the original trial, she argued to the jury Jimmy Fennell was a suspect.

"I talked to the jury about that he was a suspect even though he was a member of law enforcement," said Clay-Jackson. She also testified Stites and Reed had a secret relationship.

"It was a biracial affair in a community that was not at that time receptive to such a relationship," said Clay-Jackson.

Clay-Jackson said she argued to the jury in the original trial that Fennell had motive to murder Stites.

Michael Baden -- a forensic pathologist and former medical examiner for New York City and who formerly worked for the federal government to help investigate the deaths of Martin Luther King Jr. and President John F. Kennedy -- was also called to testify Wednesday.

He testified saying Stites was dead before midnight on April 22, 1996. He also testified she was not sexually assaulted, contrary to testimony and evidence from the original trial.

Baden also testified Stites was dead in the passenger seat of the truck, not the driver side.

During the first day of the trial on Tuesday, Reed's defense brought in Curtis Davis as a witness. He was Fennell's best friend at the time and is a criminal investigator for the Bastrop County Sheriff's Office.

Supporters and family of Reed have worn shirts at the trial that read, "Free Rodney Reed."